LOS ANGELES (Variety.com) – Kelly Clarkson and Pitbull both signed on to “UglyDolls” for the same reason: the film’s endearing message about what it means to be different.

The two artists took the stage during STX Films’ presentation at , the annual exhibition trade show taking place in Las Vegas. “,” the studio’s first foray into animation, takes place in the town of Uglyville, where colorful sock puppets yearn for the day they meet their perfect human match. The band of dolls, led by Clarkson’s Moxy, gets intimidated after soon discovering Perfection, a town with more conventionally appealing dolls (think Barbie).

“UglyDolls” highlights the importance of acceptance, an especially timely message given the culture surrounding social media.

“These days, you have to take the perfect picture, you have to look a certain way. It’s all about followers and likes instead of leaders and being unique,” said , who noted his character, Ugly Dog, was aptly named.

Clarkson said being a parent has made her even more keenly aware of just how hard it can be to be young. “Being a kid is already tough before social media,” she said. “Now, everything is just under a magnifying glass and everyone expects perfection. It’s ridiculous. We teach in our household that unique is just as cool and almost more cool sometimes.”

Pitbull, a father of two, affirmed that notion. He added with a laugh, “I have a lot of kids from different ages. I’m looking for more, if anybody is a candidate.”

The studio also treated the audience of exhibitors at Caesars Palace to a sneak peek at three of the movie’s nine musical numbers, including a cheeky track called “The Ugly Truth,” sung by Nick Jonas’ dreamy character named Lou. (His fellow Perfection residents call him “the most perfect one here.”) “If you want someone to love you, you’ve got to look like me,” he sings. Janelle Monae and Clarkson also collaborate for a ballad called “Unbreakable,” after Monae’s character, another perfect doll, encourages Clarkson’s Moxy to remind everyone that “our differences make us shine.”

“It’s like the ‘Ocean’s Eleven’ of musical talent,” chairman Adam Fogelson joked. After showcasing an extended trailer, Clarkson took the stage to perform one of her character’s ballads, “Broken and Beautiful.”

“UglyDolls” hits theaters on May 3. 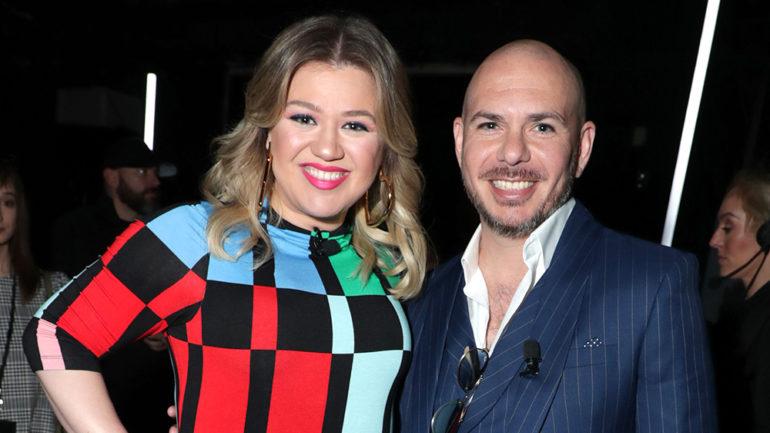