Is the world ready for another round with Kanye West? That was many people’s reaction when late-night talk show host Jimmy Kimmel announced that the controversial recording artist and outspoken Trump supporter would be appearing on this show this week.

Following West’s barrage of albums in May and June — in which five albums by or produced by him were released in five weeks — he’s kept a relatively low profile (for him, anyway), tweeting regularly but easing back on the type of full-frontal media assault we saw in the Spring. Are we due for another round, or was this just a clearing of the air? Time will tell, but in the meantime, it’s a relief to note that while West’s appearance was a little distracted at times, at least his sense of humor is intact.

Among several notable moments, Kimmel discussed Kim Kardashian’s visit to the show last week and her meeting with the president, and the fact that she was able to convince Trump to grant clemency to a first-time drug offender who’d been sentenced to life in prison. West responded with a fairly innocuous answer about how passionate Kardashian is about the issue.

Kimmel followed by asking, “Were you ever concerned about your wife being alone in the Oval Office with president Trump?”

West deadpanned, “Well, he is a player!”

Variety will have more on West’s appearance on Kimmel later this evening. 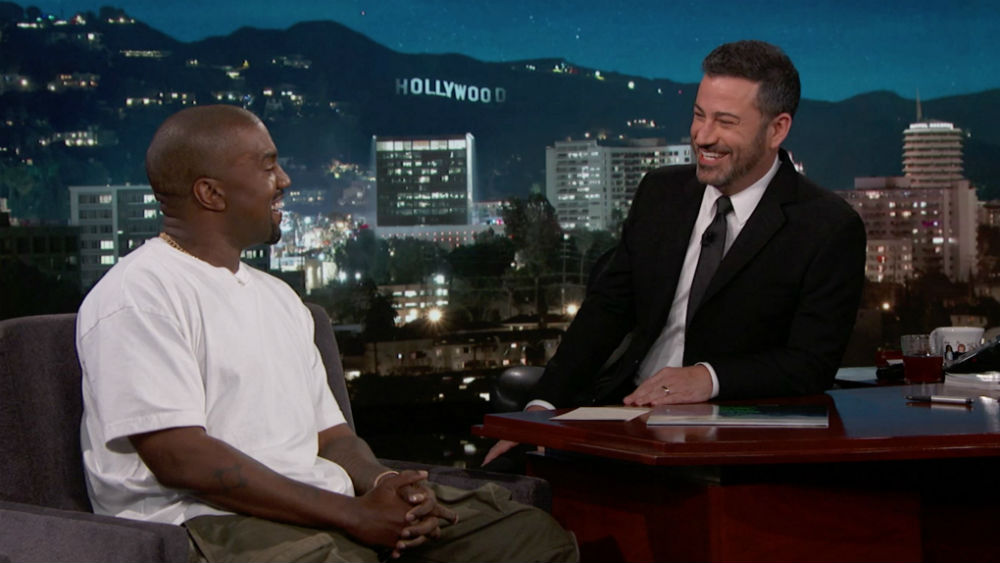