LOS ANGELES (Variety.com) – Jon Stewart made a surprise appearance on CBS’ “The Late Show with Stephen Colbert” Thursday, taking President Donald Trump to task for what he called “gleeful cruelty” in his policy agenda.

Stewart popped out from under Colbert’s desk to deliver an eight-minute rant about Trump’s immigration policy and his penchant for delivering low blows to his political opponents.

“One hallmark to your presidency we’re finding the most difficult is that no matter what you do it always comes with an extra layer of gleeful cruelty and d—ishness,” Stewart said. He noted that Trump has a habit of trying to humiliate his foes, “even if they have a terminal disease,” a reference to the President’s battles with Sen. John McCain (R-Ariz.), who is battling brain cancer.

On immigration and the policy of separating the children of undocumented migrants from their parents, Stewart advised: “Boy, you f—ed that up.” Trump was forced last week to dial back that order in the face of public outrage from many quarters.

Stewart noted that Trump could have taken other steps to tighten enforcement at the borders “but it wouldn’t have felt right without a D—ensian level of villainy.”

Stewart quoted from Abraham Lincoln’s landmark 1860 speech at New York’s Cooper Union in which he cited the acceptance of slavery as a moral line that Northern states could not cross.

In closing, Stewart also referenced the recent controversy over Samantha Bee calling Ivanka Trump, the President’s daughter, a “feckless c—” for failing to persuade her father to end the policy of family separation for migrants. As Stewart said “feckless,” Colbert popped out from under the desk to end the segment.

“What wants is for us to stop calling his cruelty and fear and divisiveness wrong and to join him in calling it right. And this we cannot do. By not yielding we will prevail,” Stewart said. “Unless of course the Democratic leadership continues to be a bunch of feckless …” 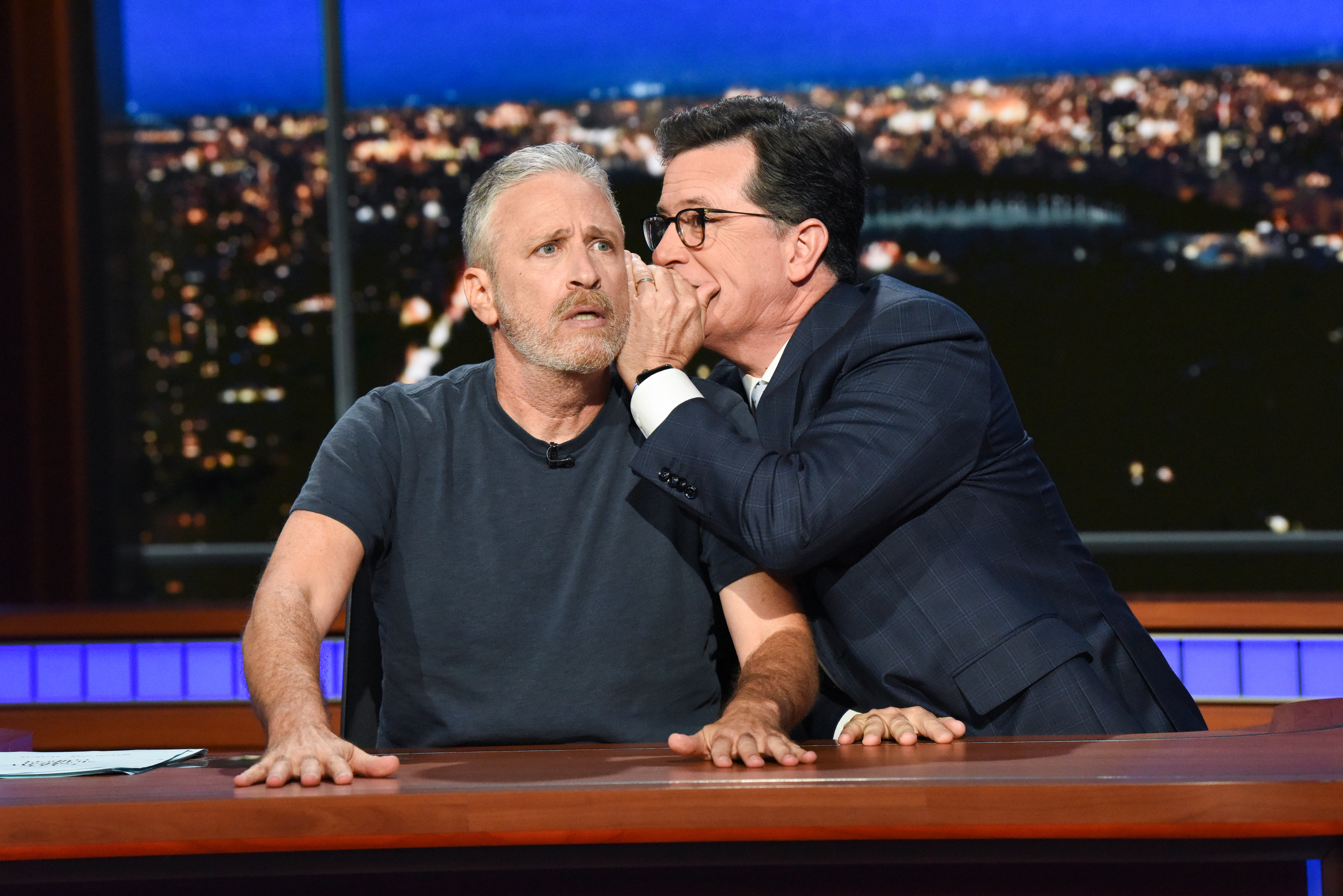