Warner Bros.’ R-rated thriller about a psychopathic criminal appears to be on track to top the October record for a launch weekend, set a year ago when Sony’s “Venom” debuted with $80.3 million. Warner Bros. has adhered to an $80 million estimate, even after “” set a record for an October preview with $13.3 million, while Friday estimates from rivals came in significantly higher.

“Joker” is directed by Todd Phillips from a screenplay he wrote with Scott Silver about a failed stand-up comedian who becomes a crazed killer in Gotham City. Robert De Niro, Zazie Beetz, Bill Camp and Marc Maron also star. Concerns have been raised about the violence-laden film glamorizing mass murder, and New York and Los Angeles police are increasing their presence around theaters screening the film this weekend.

One Southern California theater in the beachside suburb of Huntington Beach closed down for its last two preview showings of “Joker” after police determined that a credible threat had been received . The theater resumed showings Friday with police promising a presence throughout the weekend.

“Joker” won the Golden Lion, the Venice Film Festival’s highest prize, on Aug. 31, but the pic has divided film critics. While Phoenix’s performance has been lauded, the movie’s dark tone and over-the-top violence have generated negative responses. “Joker” currently has a 69% score from critics on Rotten Tomatoes.

“Joker” has pulled in nearly $25 million in international previews and early showings on Wednesday and Thursday from 47 markets on Thursday, and is being launched in another 26 on Friday.

Universal’s second weekend of animated adventure “Abominable” will likely lead the rest of the pack at the domestic box office with about $11 million. The third frame of Focus’ “Downton Abbey” should wind up in third with about $8 million. STX’s fourth weekend of “Hustlers” and Warner’s fifth session of “It: Chapter Two” will be battling for fourth with Roadside Attractions’ and LD Entertainment’s Judy Garland biopic “Judy” in the $4 million to $6 million range. 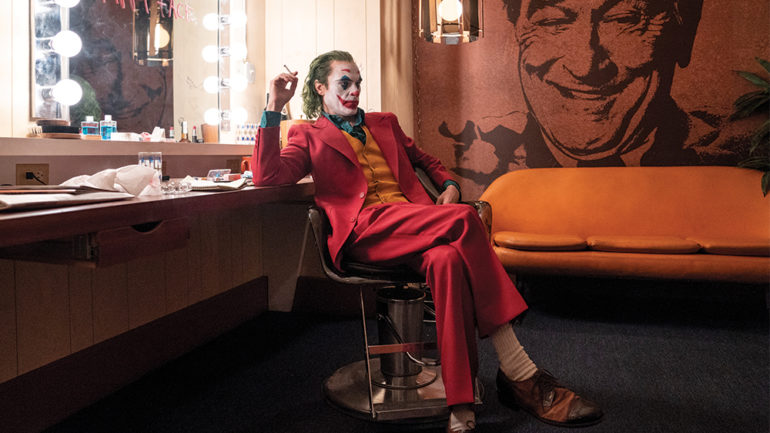