John Krasinski on ‘A Quiet Place’: Casting A Deaf Actress Was ‘Non-Negotiable’

LOS ANGELES (Variety.com) – John Krasinski’s debut feature “A Quiet Place” tells the story of a family with a deaf child, and the “Jack Ryan” star wanted to make sure he included a deaf actor in the film.

“It was a non-negotiable thing for me,” Krasinski told Rosamund Pike of the casting during their conversation for Variety‘s “Actors on Actors.”

Acknowledging that “” was his first time directing a studio movie, Krasinski gave props to Paramount for having faith in him despite his lack of experience with visual effects or using sign language to work with a deaf actress.

When it came to casting Millicent Simmonds as Regan, besides the benefit of an organic performance, “the more important reason to me was I needed a guide,” Krasinski said. “I was writing a movie about a family who had a deaf child, and I know nothing about that. I needed someone to walk me through, ‘What do you feel when you wake up in the morning to be the only person who can’t hear in your family?’”

Simmonds’ family was very open to answering all of Krasinski’s questions, which lead to one of his most dramatic choices in the film — to show the audience how Regan’s character heard the world by going silent when shifting to her perspective.

He remembers unveiling that choice to Simmonds’ mother. “To see her mom come up to me crying as hard as she was,” Krasinski said, was “the most moving experience.”

“She said, ‘I’ve always wanted to know what the experience was with my daughter and I finally have it,’” he said.

Watch the full interview below: 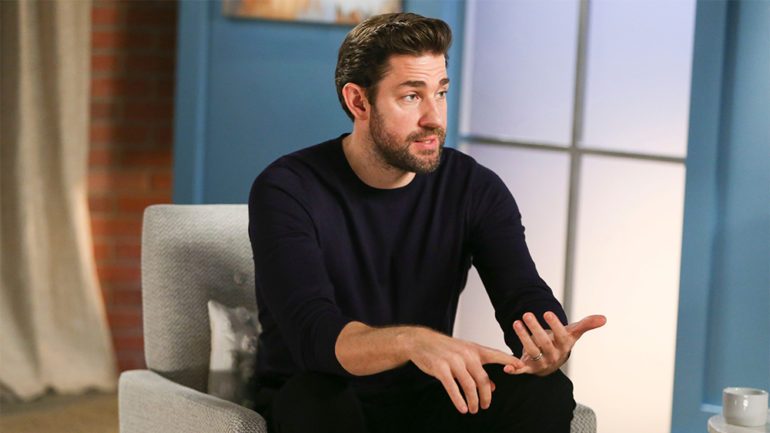