LOS ANGELES (Variety.com) – Hollywood living legend Jodie Foster has sold her comfortably sumptuous Beverly Hills, Calif., home for $14.9 million, exactly one million dollars below its $15.9 million asking price and nearly double the $7.5 million the filmmaker and veteran actress paid for the secluded, city-view estate above Coldwater Canyon over the summer of 2012. Sequestered behind an impenetrable hedgerow and an even more forbidding security system on close to three-quarters of an acre on a high, flat plateau directly above Franklin Canyon Reservoir, the thoroughly updated 1950s traditional has five bedrooms and five full and two half bathrooms in around 7,500 square feet of expertly tailored and expensively casual interior space. 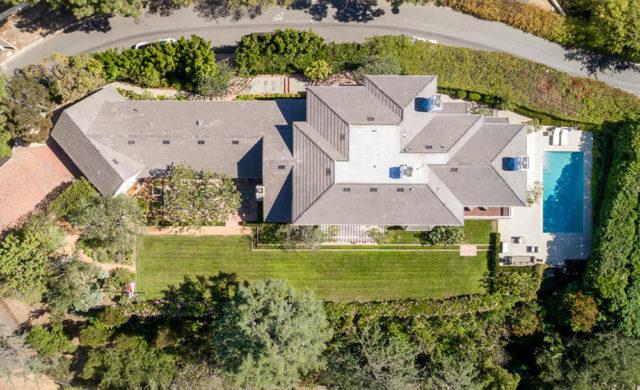 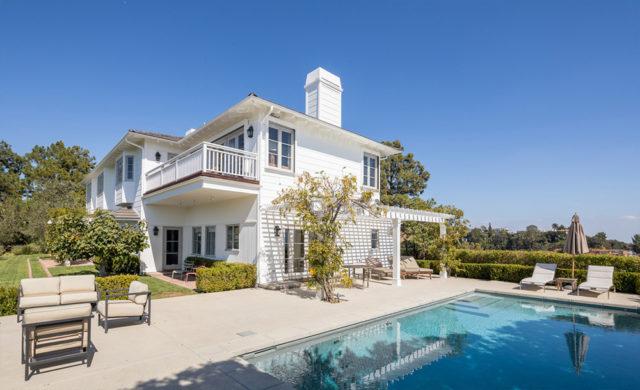 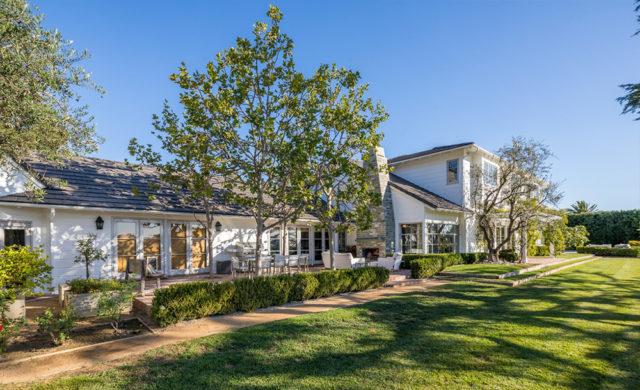 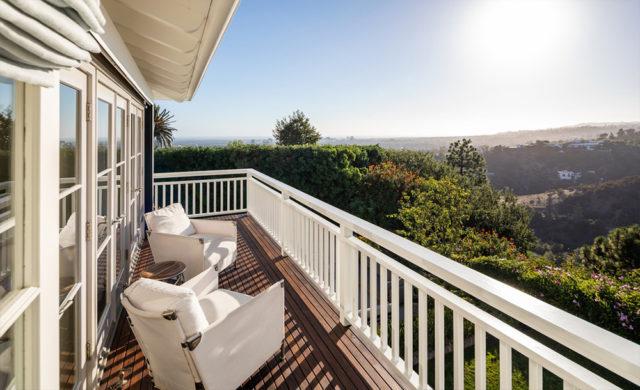 A grand, double-height entrance hall leads to an elegantly proportioned formal living room wrapped in painted paneling with an imposing fireplace and three sets of floor-to-ceiling French doors that lead to lushly planted gardens. To one side of the living room is a media room and on the other is a formal dining room while the eat-in kitchen offers premium-grade appointments, a vaulted ceiling and full-height French doors to an antique brick dining and lounging terrace with a massive stone fireplace.

Positioned to take advantage of a bird’s eye view from the upper level, the master suite has a fireplace and a small viewing deck from which there’s a sweeping view that stretches from the Pacific Ocean to the downtown skyline over the property’s manicured gardens and swimming pool. 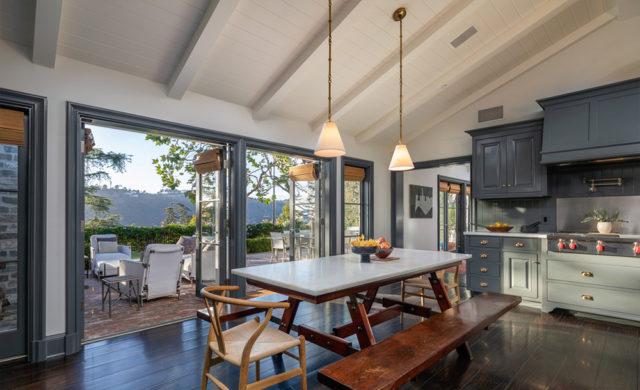 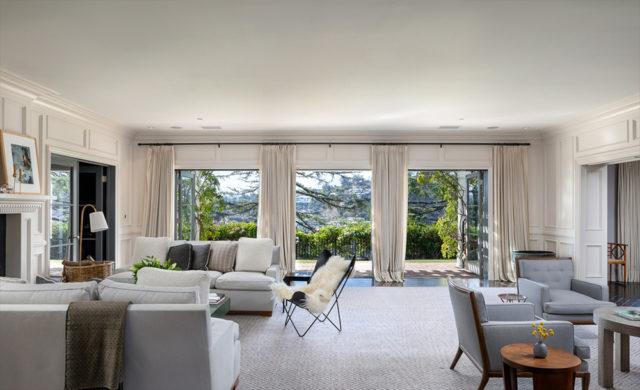 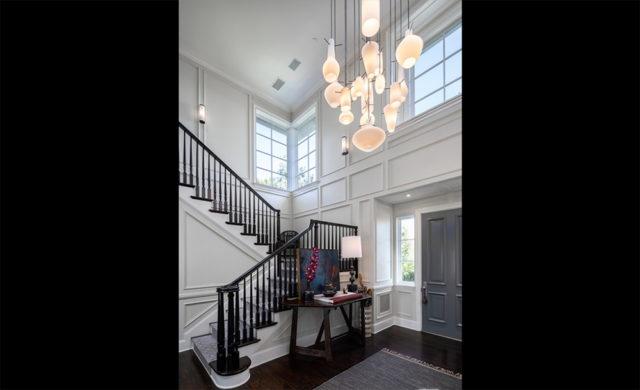 The famously private showbiz luminary, a two-time Oscar winner who last appeared in the tepidly reviewed and little seen 2018 dystopian crime drama “Hotel Artemis” and says she plans to act “a lot” in her 70s and 80s, previously owned a secluded residence in the Bird Streets neighborhood above the Sunset Strip she bought in 1995 for an unrecorded amount from Cheryl Tiegs and sold in 2014 for close to $5 million . And for half of a dozen years in the mid- to late-aughts, she owned a large home just behind the Beverly Hills Hotel that had once been owned by Dinah Shore. Foster purchased the BevHills estate in 2005 for $8.1 million and sold it in 2011 for $8.3 million to Texas-based eyewear tycoon Doug Barnes, founder of the retail chain Eyemart Express, who razed the existing house and replaced it with a massive ultra-contemporary now pending sale with a $38.75 million price tag after first coming to market more than four years ago with a wild-eyed $55 million price tag. 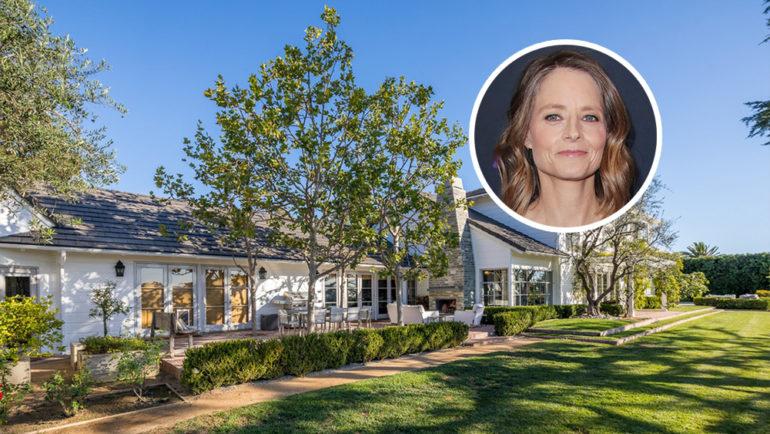