LOS ANGELES (Variety.com) – The Clown Prince of Crime made his Vegas debut.

The crowd of exhibitors at , the annual trade show convention currently unfolding at Caesar’s Palace in Las Vegas, got a first look at footage of Joaquin Phoenix’s “Joker.” It looks gritty and very, very, very dark.

The footage shows Phoenix as a failed stand-up slowly losing touch with reality. At one point he stares into a dressing room mirror and slowly pushes his mouth into a macabre grin. While talking to a therapist, Phoenix’s character says “my mother always tells me to smile and put on a happy face.” The footage which looks much more grimy than the typical comic book movie, unspooled as Jimmy Durante sang “Smile,” the optimistic lyrics undercutting scenes of an urban hell-scape.

At one point, Phoenix gets assaulted by muggers on a subway, at another he dances in tighty whities in a derelict apartment, apparently untethered from reality. Based on the short look, director Todd Phillips appears to be going for a Scorsese-esque vibe.

“Is it just me,” the muses, “Or is it getting crazier out there?”

The upcoming superhero movie is a standalone film, separate from the DC Universe films that see Jared Leto playing the supervillain. “Joker” looks like a return to DC’s darker days that put the spotlight on a raspy-voiced Batman. More recent titles like “Aquaman” and “Shazam” deviated from that formula, taking a less intense approach to the genre.

“It’s a tragedy,” Phillips told exhibitors of ‘Joker.’ In the trailer, Phoenix’s Joker had a different take.

“I used to think that my life was a tragedy but now I realize it’s a comedy,” he says.

Phillips added, “I don’t have a lot to say about the film because it’s still taking shape. And I want it to be a surprise.”

“Joker” debuts Oct. 4. The footage debuted as part of Warner Bros.’ presentation to exhibitors as part of its upcoming slate. The studio also has “Pokemon: Detective Pikachu,” “Godzilla: King of the Monsters,” “It: Chapter 2,” and “The Goldfinch” on deck for 2019. 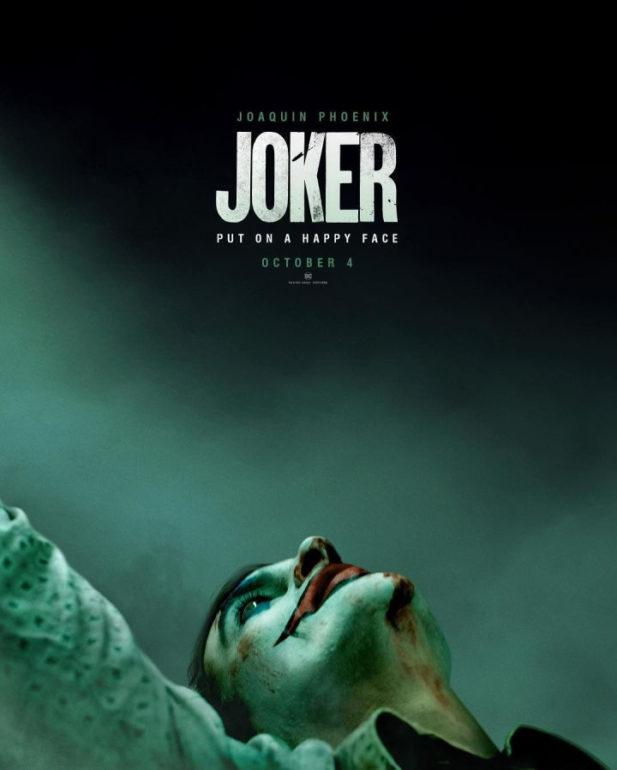