LOS ANGELES (Variety.com) – Jimmy Fallon and Paul Rudd once again teamed up for a return to ’80s video glory, this time recreating Dead or Alive’s “You Spin Me Round (Like a Record)” on “The Tonight Show Starring Jimmy Fallon” Thursday night (April 25).

The video for the 1985 hit — which reached No. 11 spot on the Billboard Hot 100 chart –is a shot-by-shot replication, down to the late Pete Burns’ signature eye patch, hip swivels, choreography and bravado. The original clip, directed by Vaughan Arnell and Anthea Benton, was an homage to the Hindu God of Protection, the six-armed Vishnu, re-imagined by Burns amidst images of a disco ball and gold flags. Dead or Alive originally financed the video themselves, Burns had stated in interviews. The song was originally included on the Dead or Alive album, “Youthquake.”

The song has had multiple second lives, too — Adam Sandler famously sang it in the opening montage to 1998 film “The Wedding Singer” (set in 1985), and Jessica Simpson recorded a cover in 2006.

Rudd, currently starring in ‘Avengers: Endgame,” and Fallon nailed the visual of the video, going the extra mile using their own vocals.

This isn’t the first time the pair teamed up for a remake. The duo previously nailed versions of Styx’s “Too Much Time on My Hands” and Go West’s “King of Wishful Thinking.” Rudd also joined his “” castmates earlier this week for a cover of Billy Joel’s “We Didn’t Start the Fire” (watch below). 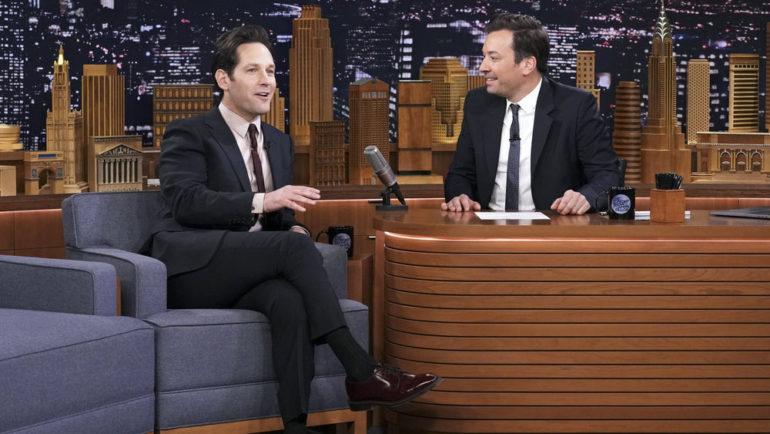