LOS ANGELES (Variety.com) – For the last few years, Jeremy Piven — still best known for playing foul mouthed agent Ari Gold in HBO’s “Entourage” — has been working the stage as a stand-up comic. But he’s also been plotting a Hollywood comeback, several years after being accused of sexual assault by multiple women; according to IMDb , he has a slew of upcoming films in the works.

Piven has also been busy off-loading his real estate assets . And despite the coronavirus crisis, he’s finally succeeded in selling his duplex penthouse in Manhattan’s swanky Tribeca neighborhood, though the sales price of $5 million is $1.75 million down from the original list and just a small profit above the $4.8 million he paid to pro-baseball legend Mike Piazza when he bought the place in 2011. Factor in closing costs, taxes and realtor fees, and the sale likely spells out a financial loss.

The two-floor penthouse is just over 3,000 square feet — with an additional 1,000 square feet of outdoor space — and encompasses two bedrooms and 2.5 bathrooms. Other features include walnut floors, a corner living room fireplace and a high-end open-plan galley kitchen with glass panels at one end of the kitchen that open to reveal a unique combo office/gym. There’s a bedroom on the lower floor with a small bathroom and a larger master suite on the second floor that has a larger shower and another glass wall which opens to a private courtyard patio. A roof deck with a built-in barbecue and outdoor television utilizes a corkscrew staircase to access a second roof terrace, which enjoys panoramic views of the surrounding city.

The listing agent for his New York duplex was Stefani Berkin  of R. New York .

And the NYC sale follows the quiet sale last year of his longtime Malibu beachfront residence to serial real estate investors and power couple Jennifer Lopez and Alex Rodriguez. That house sold for $6.6 million , way less that the $10.5 million for which it was originally listed, but still a hefty profit on the $3.5 million he paid back in 2004. The actor still owns a just over 4,800-square-foot home in L.A.’s Hollywood Hills enclave of Mount Olympus, for which he paid $6.8 million in 2017. 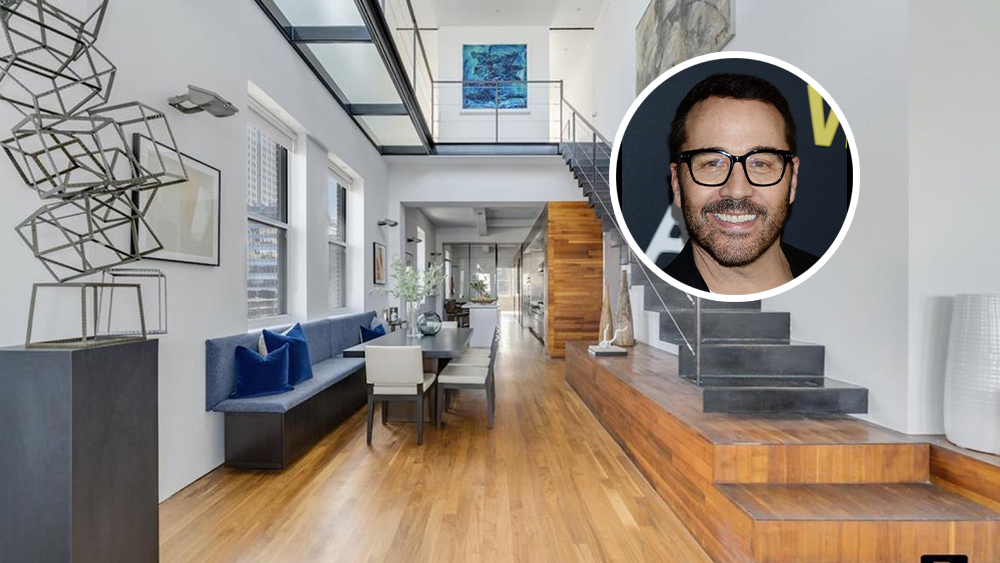