LOS ANGELES (Variety.com) – “We went from friends to a family and that experience set the bar for the rest of my career,” Jennifer Aniston said of her “Friends” co-stars Courteney Cox and Lisa Kudrow at the SAG-AFTRA Foundation’s Patron of the Artists Awards on Thursday night. “And it taught me to surround myself with supportive people who made me better, not only a better actor, but a better person.”

The trio reunited as Aniston was honored with the artists inspiration award for her charitable efforts with St. Jude Children’s Research Hospital, the American Red Cross, Stand Up to Cancer and more. While presenting the award to Aniston, Kudrow and Cox joked about their “Friends” connection, showing off their impeccable comedic timing.

“Courtney and I are here to present an award to our forever cherished person,” Kudrow began, getting a big laugh from the crowd before Cox jumped in asking, “You didn’t want to say friends?” Kudrow responded — “It means something different in the context of, well, us.” “Well, it’s too bad because we really are friends — wow, you really can’t get away from it,” Cox quipped.

In her acceptance speech, Aniston didn’t shy away from talking about her past with Cox, Kudrow or the rest of her “Friends” as she walked down memory lane, recalling her career journey from her first line as a waitress in a Bob’s Big Boy commercial to landing a role on the hit comedy.

“It was a very rare environment where there was truly no competition amongst each other, no egos,” Aniston said. “We were just six relatively unknown actors learning on the job together and thanking our lucky stars to be part of this rocket ship of a show. And we didn’t care who got the best line. Although, Matthew Perry usually did steal all the good ones.”

“And we had this bit. … If any of us tried a joke and it failed miserably, we would just sort of sheepishly pull out our SAG card and say, ‘Here,’ or you were demanded by our castmates to just give it [over],” she continued. “But as long as we make the audiences laugh and we really did, it’s all we really cared about. … And we would trade ideas and we would coach each other and help each other and if someone killed it, we would just beam with pride.”

Aniston also shared an anecdote about coming up in the business with her friends — “I remember going out to Hugo’s on Santa Monica Blvd. with my two friends … to celebrate that Gabrielle and I had just gotten pilots,” she shared. “Of course neither of us thought the pilots would ever go to series, but we were just so grateful to be able to pay for a fancy meal [and] those two little pilots were called ‘Friends’ and ‘Beverly Hills, 90210.’ And Gabrielle Carteris is now the president of SAG-AFTRA.”

Aniston was honored alongside patron of the artists award winners Ava DuVernay and Greg Berlanti, and artists inspiration award recipient Mark Ruffalo, who she called out for his inspiring acceptance speech. “I mean, can I nominate for president?” Aniston gushed.

It was a night of reunions at the annual event, held at the Wallis Annenberg Center for the Performing Arts in Beverly Hills. Aniston also posed with former “Friends” guest star Paul Rudd, while her “Rumor Has It” co-star Ruffalo enlisted his “Shutter Island” partner Leonardo DiCaprio to present his award. Before they took the stage, Ruffalo told Variety, “what Leo has done [as an actor and activist] has been very inspiring to me … he’s led the way.”

“Many aspire to make the world a better place, but Mark doesn’t just aspire. He works tirelessly for change,” DiCaprio said onstage. “I really got to know Mark almost 10 years ago while filming ‘Shutter Island’ and during the course of shooting, of course, we inevitably got to speak about his genuine passion for activism. And since then I’ve watched as Mark has become a leading voice in the effort to shift our world away from a reliance on fossil fuels, and an outspoken advocate for human rights.”

After running down a list of Ruffalo’s good works, DiCaprio quipped, “Dare I say it, he even went green as the Incredible Hulk,” before adding that he considers Ruffalo “a personal hero. He constantly inspires me to work harder. And I once asked him how he possessed the energy to keep fighting. And his simple response was, ‘It’s the least I can do.’”

Ruffalo got emotional onstage thanking those who are fighting on the front lines for the causes he cares about (as well as his wife Sunrise for holding down the fort at home), but he also got political, adding, “Now more than ever, we have to get into our hearts and see each other as family, as brothers and sisters, as us. That is the only way out of this great mess we find ourselves in. And as Bernie Sanders recently said, ‘Are you willing to fight for someone that you don’t know?’ Who we don’t look like, we don’t live near and who we even may not relate to in any way, because that’s what this unique moment in human history is calling upon us to do.”

“Starting with the 2020 election,” he continued. “It will take a spiritual revolution in our hearts — one that I honestly wonder if we’re up to. But I remain hopeful that with enough suffering we will be heartened to do what needs to be done. We have to put ourselves on the line in ways that we’ve never done before. And that’s not just writing a check, because that’s not gonna cut it. We need to put our whole selves in.”

The fourth annual event also included performances by Cynthia Erivo,
Chrissy Metz, Wé McDonald and Patti Austin, as well as the turnover of power at the from longtime president JoBeth Williams to the newly-selected Courtney B. Vance. 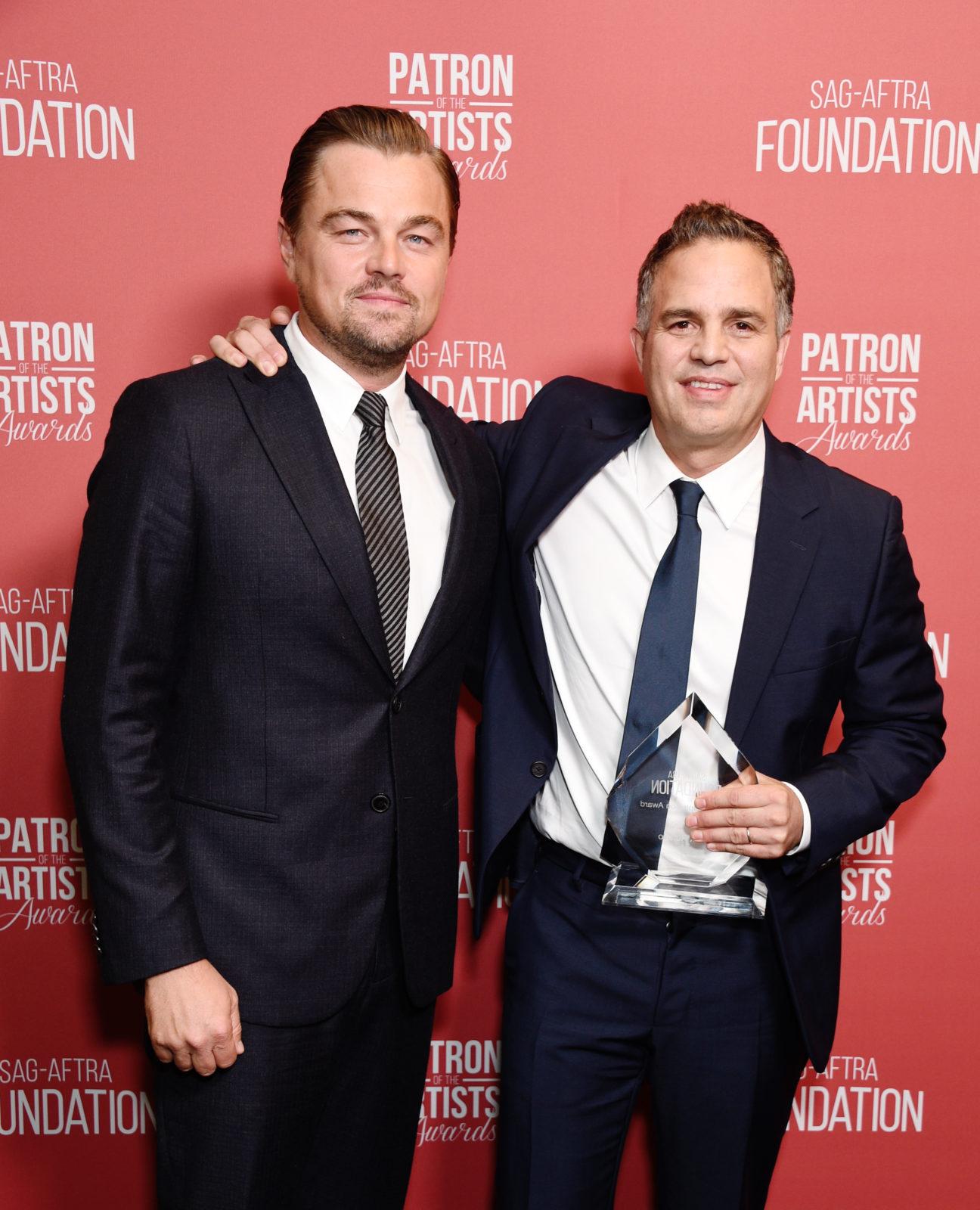