Jeff Bezos vs. National Enquirer: Did AMI Break Any Laws?

LOS ANGELES (Variety.com) – The richest person in the world, Jeff Bezos, publicly leveled accusations that the National Enquirer and its parent company engaged in a scheme to blackmail and extort him with a threat of publishing compromising photos.

What happens next? A key question is whether American Media, the ’s publisher, broke any laws over the course of reporting on Bezos’ affair and corresponding with the Amazon CEO and his representatives, legal experts say. Federal prosecutors are said to be probing whether Bezos’ extortion claim voided a non-prosecution agreement that AMI reached with the U.S. Attorney’s Office in the Southern District of New York last year.

But regardless of AMI’s legal culpability, the company’s reputation has been further tarnished — and Bezos has emerged as a hero of sorts to many, in that he stood up to a media outlet that at the very least used unethical, strong-arm tactics to try to achieve its objectives, according to industry observers.

AMI’s initial response Friday was that it acted “lawfully” in reporting the Bezos story,  in which it somehow obtained private texts between Bezos and his girlfriend, Lauren Sanchez, who was then married to Endeavor executive chairman Patrick Whitesell. The National Enquirer’s looming report prompted Bezos to announce that he and his wife, MacKenzie, were getting divorced .

After Bezos launched an investigation into the Enquirer’s methods and motives in snooping on his text messages, AMI threatened to publish racy pics it claimed it also had in its possession — unless Bezos dropped his investigation and the Washington Post (which Bezos owns) stopped reporting on AMI’s ties to Donald Trump and Saudi Arabia, according to the Amazon founder. That, Bezos posited, amounted to extortionate demands. In its response, AMI claimed it was conducting “good-faith negotiations to resolve all matters with him” (in other words, the implied claim is that the company wasn’t trying to blackmail or extort him). 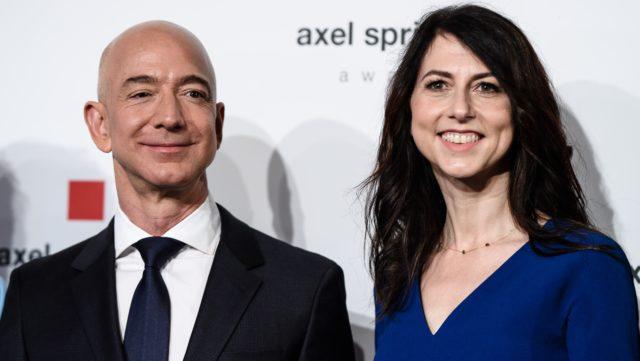 Some experts say it’s not clear whether AMI has broken any laws. The context of the communications cited in Bezos’ post matters, because “information can turn into a bargaining chip without anyone doing anything that violates the law,” said Prof. Len Niehoff of the University of Michigan Law School.

The tone of the emails in the Bezos post certainly appears heavy-handed and has a menacing tone, said Roy S. Gutterman, associate professor at Syracuse University’s S.I. Newhouse School of Public Communications and director of the Tully Center for Free Speech. “But until there is a criminal charge or a revocation of [AMI’s] agreement [with federal prosecutors], it’s still just that — menacing and threatening,” he said.

That said, Gutterman added, “the tone and what AMI is attempting to negotiate seems pretty far outside the scope of journalistic norms… The emails did not read like typical reporter-source communications where the reporter is trying to convince a source to talk or turn over material for a story.”

Others say there’s a case to be made that AMI did indeed engage in criminal extortion under either federal or state law.

“Generally speaking, the crime of extortion occurs when one party seeks to get something of value from another party through means of fear,” said Robert D. Richards, professor of First Amendment Studies at Penn State University. “The ‘thing of value’ does not necessarily mean there must be monetary value attached. Asking for a statement saying that Bezos had no knowledge or basis for suggesting that AMI’s coverage was politically motivated can be considered a ‘thing of value.’” 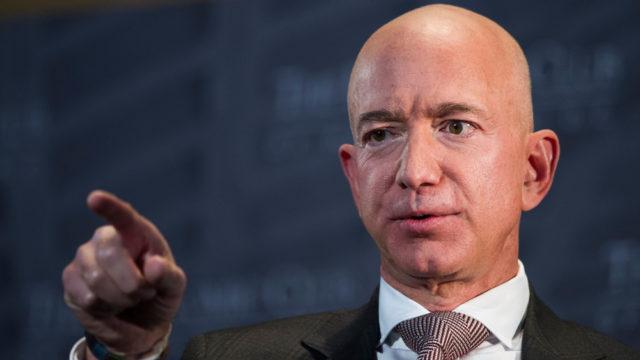 It’s unknown if the National Enquirer illegally hacked into Bezos’ text messages; AMI said it “believes fervently that it acted lawfully.” But if law enforcement officials determine that AMI did break any laws, legal experts noted, the First Amendment of the U.S. Constitution doesn’t provide any protection. There’s no “get out of jail free” card for news orgs that break generally applicable laws.

“You can’t just say, ‘I am a member of the press — I can break a law or extort people because I’m a journalist,’” said Prof. Clay Calvert, director of the Marion B. Brechner First Amendment Project at the University of Florida.”The courts have made that very clear over time.”

As Niehoff put it: “A journalist who hands a note to a bank teller demanding a bagful of $100 bills can’t take any comfort in the text of the First Amendment.”

The situation is, in any case, highly unusual in that it is tantamount to a fight by proxy between the Washington Post, through Bezos’ ownership, and President Trump, through his association with AMI CEO David Pecker.

“You one media entity fighting a battle against the owner of another media entity for its negative coverage — that’s the subtext of the whole battle,” said Calvert.

Aside from any legal fallout, Bezos’ stand — even at the cost of personal embarrassment — “wins in the court of public opinion,” Calvert said. “He’s saying, ‘I’m not going to be held hostage here because [AMI] or President Trump doesn’t like what the Washington Post is reporting.’ In a way, he’s standing up to a free press in the sense that it’s a surrogate battle of Trump vs. the Washington Post.” 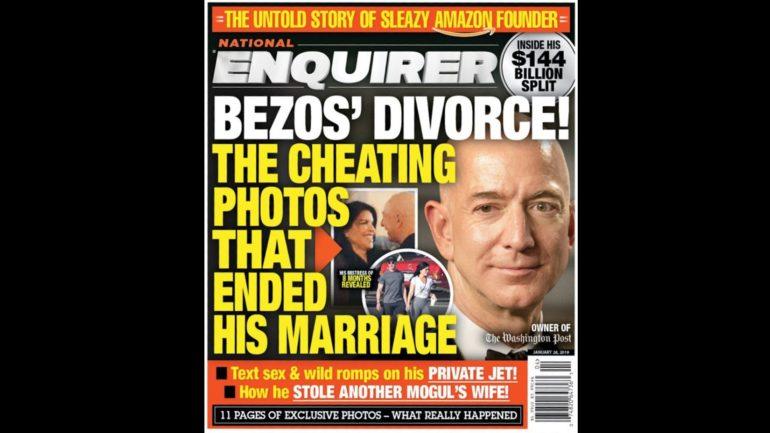