“I know it’s hard because we are perpetually scrutinized and criticized in this industry, but I’m begging other influencers, actors, and models to join me in not allowing airbrushing,” she wrote on Twitter . “We have to stop setting standards for others that we ourselves don’t even meet.”

“Finally able to INSIST my image, even on billboards isn’t ever airbrushed. I get backfat in Every. Single. Bra. And I used to hide/bin so many photos because of ‘muffin tops.’ Double chins/ ‘imperfections’ because I never saw them on people on TV,” she wrote.

Jamil also opened up about her past struggles with body dysmorphia, writing “I’m aware this isn’t some huge victory, and not ‘brave’ but as someone who had such obsessive body dysmorphia and was so fixated on the embarrassment of what we perceive as “flaws” this is just a little win for little anorexic teenage me.”

Jamil is not the only celebrity to get candid about retouched photos. In 2018 Chrissy Teigen posted a video of her stretch marks, saying, “I guess these just aren’t gonna go away. This is my body.”

Similarly, Jamil started the #IWeigh campaign on social media in 2018, inspiring people to redefine what they feel makes them valuable. Through the campaign, Jamil encouraged users to stop focusing on their body weight and instead highlight what actually enriches their lives.

The social media campaign is in line with Jami’ls vocal critiques of influencers and celebrities who use their followings to sell products, specifically weight-loss ones. She also critiqued Scarlett Johansson’s comments in the arts and culture publication As If about being able to play whatever role Johansson wanted.

On her tell-it-like-it-is philosophy towards social media, Jamil told Variety in July at Comic-Con that she simply speaks her mind.

“” will start airing its fourth and final season on Sept. 26. 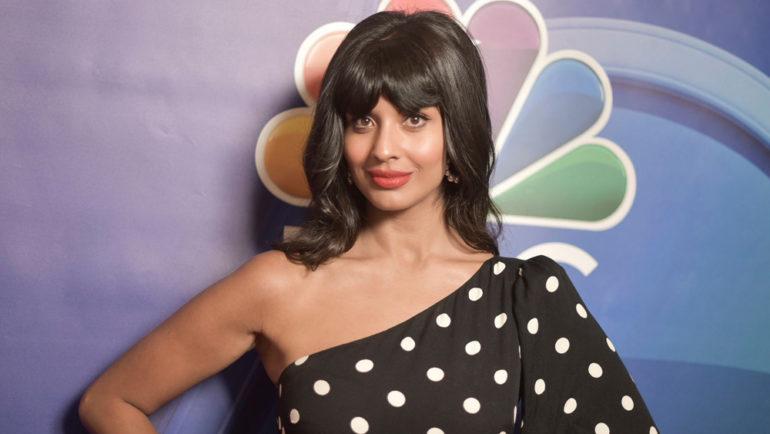