J.K. Rowling, the creator of the Harry Potter series, is living a magical life. She’s not only worth hundreds of millions of dollars, but she jet sets around the UK and the U.S. in style. Her bodyguard is said to travel with her everywhere she goes to protect her from her adoring fans. Too bad she can’t chant a few wizardly words to make even more of her dreams come true. But we’re in real life now, and J.K. is working on more than another best-selling series.

She’s mingling with the rich and famous and is being spotted here, there and everywhere.

What an Amazing Trio: It takes one to know one; right?

I’m so grateful for these women, for the words they’ve written and the worlds they’ve created through their art.. so stoked to have you at the show in London @adele and JK ❤. Always.

It seems J.K. not only loves the dive into her fantasy Pottersphere; she attends live concerts, too. She was recently spotted at a Taylor Swift “Reputation” concert in London. And that’s not all! Singing dynamo Adele was in Tay-Tay’s audience too. So the amazing trio took a once-in-a-lifetime selfie and proclaimed the three to be BFFs now and forevs. Isn’t it “cool that they said all that!”

Every Muggle knows that J.K. Rowling loves Twitter just about as much as Donald Trump.

Warning: there is a Boggart on the loose in Times Square. pic.twitter.com/9rmzeVeudx

She recently poked some fun at a Trump lookalike who was seen in Times Square, tweeting, ”Warning: there is a Boggart on the loose in Times Square!” This lit up the Twittersphere with comments from the Pottersphere! A boggart is a magical creature that takes on the shape of a creature you are afraid of. Is that some kind of hint, J.K.?

Jude Law Makes Movie Magic: Can you imagine the big, no, gigantic shoes (and wand) actor Jude Law will have to fill in his new role as a young Albus Dumbledore in J.K. Rowling’s new movie, “Fantastic Beasts: The Crimes of Grindelwald”? 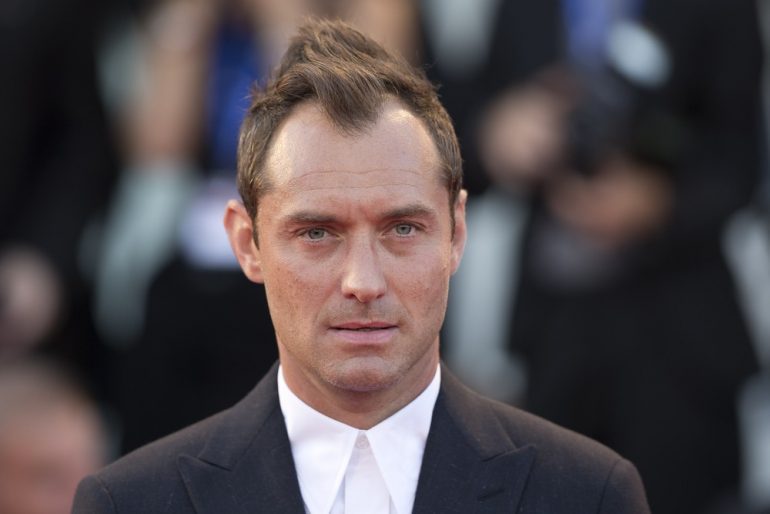 Rumor has it that she sat down with Law to discuss the ins and outs of the beloved Hogwarts’ headmaster who may have a mysterious secret or two. Maybe they shared some yummy Bertie Botts!