“I’ve made an observation I’d like to share. I’m the only one that’s eaten my crab cake,” joked Amy Poehler as she addressed the room during the round robin introductions being made at her Smart Girls 10th anniversary dinner on Monday night. The 16 women at the table, who were so enthralled in the conversation that they had forgotten about the appetizers in front of them, laughed and simultaneously picked up their forks. The event, which was held at a private residence in Los Angeles, brought together a group of influential women for a night of conversation, laughter, and inspiration. 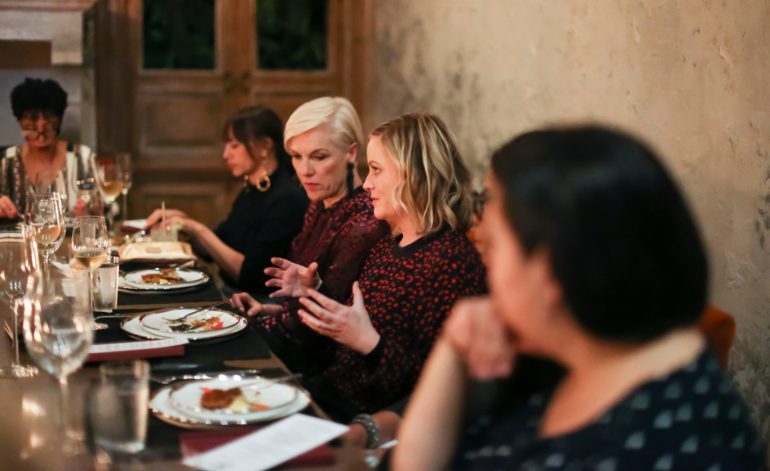 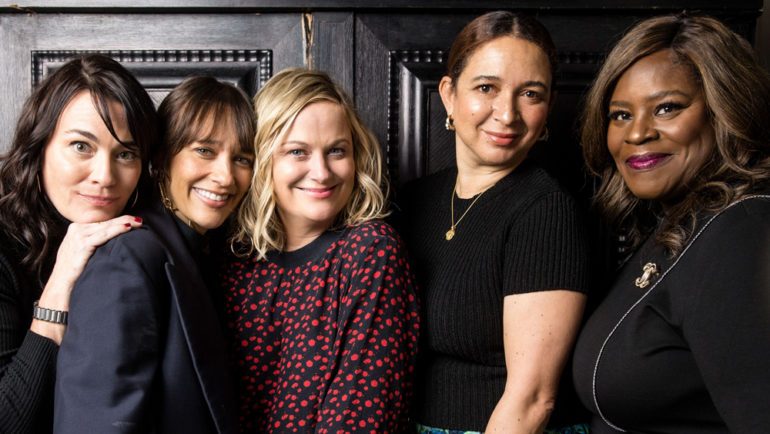 Poehler told Variety that 10 years from now, she hopes the dialogue will change from “What do you do?” to “What are you doing?” and that the goal for the evening was to kick this off by soaking up inspiration from fellow women who were activists in their own right. “Everybody here is actively changing the world by being themselves. And that’s not something that everybody does,” added Smart Girls co-founder/executive director Meredith Walker. 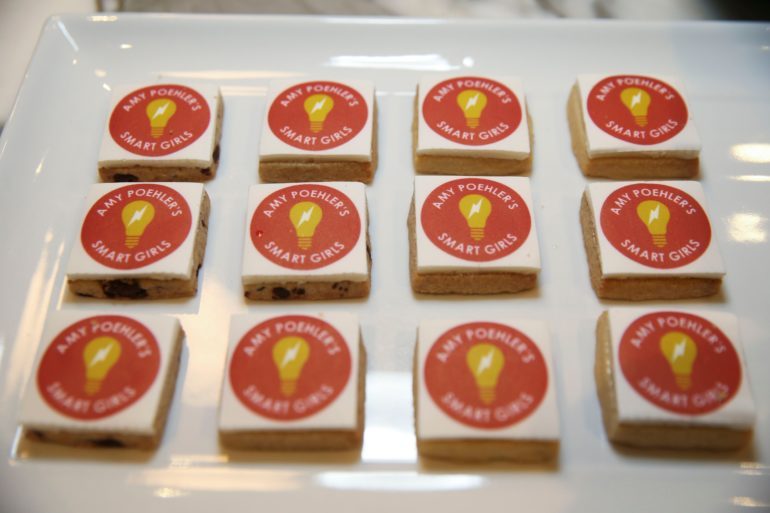 As guests took their seats for a three-course meal, they were challenged to share a recent interaction with another women or girl that they have found inspiring. For Rudolph, that has been watching her 13-year-old daughter and friends interact with the world. “They are very vocal people. Their friends are gay and straight and they wear sweatpants to school. I haven’t seen any makeup or crop tops yet. They are interested in being socially conscious already and accountable for their carbon footprint, things that took me awhile to learn,” she revealed.

touched on the sadness she felt after the 2016 presidential election but raved about how the results galvanized her pals to rally together for action. “I got emails from America Ferrera. I got emails from Michelle Williams saying, ‘We are having meetings. It’s happening. We’re handling this s—,’” she proclaimed, adding that all of these messages that she received were in fact from women.

As the evening progressed, the conversation shifted to the importance of self-care, tackling gender biases, and tactics used for boosting one’s mood. Among the advice suggested was taking an anxiety nap, giving yourself an hour to shop for candles as a break from continuously wallowing, and finding a mantra that works for you, which included Rudolph revealing her favorite anti-anxiety catchphrase that Poehler taught her years ago. “FOFO. Find out before you freak out,” she explained.

Before diving into coffee and a dessert buffet, Poehler had each person who was over the age of 40 raise their hands. She admitted that as someone in that age bracket, she’s had a hard time keeping up with the evolving lingo surrounding issues such as gender identity. “It’s like a test to cram for,” she said. “Those 13-year-olds have it down. They get it and they see it.”

“We are not the wokest generation anymore,” quipped Jones, which elicited a roar of laughter.