How Michael B. Jordan and Issa Rae Are Breaking Down Hollywood Barriers

LOS ANGELES (Variety.com) – Michael B. Jordan (“Fahrenheit 451”) and Issa Rae (“Insecure”) sat down for a chat for Variety’s “Actors on Actors” presented by Shutterstock. The full interviews will air in two episodes on PBS SoCal KOCE, the first on Tuesday, June 19 at 7 p.m. and the second on Thursday, June 21 at 7 p.m. Click here for more “.”

: So I saw “Fahrenheit 451.” It was dope. It felt mad timely. Why did you feel like you wanted to take that on right now?

: It felt spot-on to what was going on in the world, and it was the perfect vehicle for that message to pay attention to what’s going on. Not being so plugged in and distracted by what’s on your iPhone, the apps, the social media. Are you just constantly being fed not your own thoughts?

Rae: I agree. It just felt too close to home because I’m doing a little social-media cleanse right now. And I realized, oh, I’m only kind of ingesting the thoughts of other people, and I couldn’t remember the last time I formulated my own opinion. How often do you think about who is watching, and do you really think you’re changing people’s minds? Because it always feels like preaching to the choir, in a way.

Jordan: I think it’s almost preaching to the choir. But I do feel like whenever you read a comment, or you run into somebody in the street and they actually say how much this project or this character meant to them or it changed the way they thought — those little moments encourage me. The messages that we’re sending out there through our work are really affecting people. I think that’s the home run.

Rae: Even just talking about the audience perspective, it’s so weird being on HBO and thinking about creating something for a specific audience. I was like, oh, I’m making a show about me and my friends. So having people come up to you on the street and be like, “Oh yeah, I identify with your character” — that’s been the weirdest thing. A couple months ago, this guy tweeted me about how much he loves “Insecure,” and he was this white guy wearing a “Make America Great Again” hat. My first instinct was to be like, “No. Not for you.” But then I started thinking about, what if watching this is changing his mind in a way? So I realized the platform that I have.

Jordan: I think it’s a constant chipping away. I think over time the stereotype that we don’t travel overseas or we’re not bankable — it’s almost like it was a false truth that people just kind of adopted and started to believe. So now that we’re actually creating fresh stories that aren’t the stereotypes, you’re inspiring a new wave of filmmaker, a new wave of director, a new wave of writer that the next generation may not have ever thought about as a possibility. So I think it’s a good time to deposit back and support the culture.

Rae: I’m even seeing a turn in the industry. I would see breakdowns all the time, and to me it was just like, I could never play this lead role.

Jordan: Really? That’s what you used to feel?

Rae: I just knew the type that they would go for. So I was just like, I’m not even going to bother. Now something has shifted where I’m like, fuck that, yeah, I’m going to go after that. I’ve seen that people have been receptive. A movie like [“Black Panther”] and other films from other filmmakers of color that have come out have really changed who people perceive as a leading lady. And that just feels so dope to me.

Jordan: I told my agents, “I don’t want to go out for any role that’s written for African-Americans in the breakdown.” I said, “I want to go for any white males. That’s it. That’s all I want to do.” Because me playing that role is going to make it what it is.

Rae: What was the response?

Jordan: They believed in me as much as I believed in myself. I think that was really important. I got no pushback whatsoever. I think my idea for the type of career I want moving forward is I want to play roles that impact people, that make people feel and think. I don’t ever want to get caught in the machine of making movies just for the sake of making movies. I’d much rather create, produce projects that mean something for other people. To give them a shot at being the next whoever they need to be. So as much as I want to be the guy that’s portraying these characters, if it’s not right, if it doesn’t fit, I’m not going to take it just for the sake of being in that role. I would much rather see somebody else that has those tools and that talent take it and be the best version of themselves. 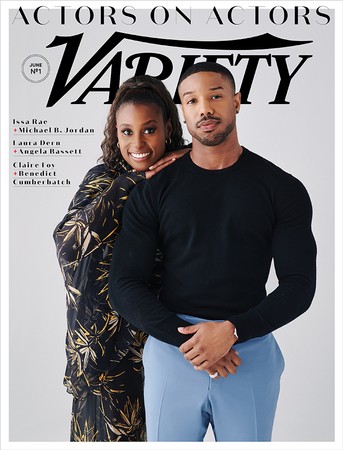 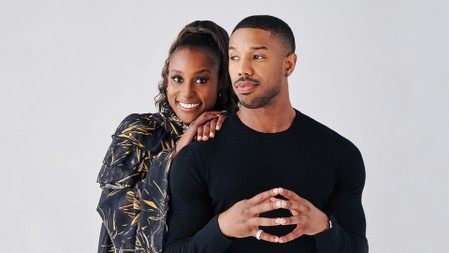