How Angelina Jolie Relates to ‘Maleficent’: ‘There’s a Part of Us That Is Just Unbridled’

LOS ANGELES (Variety.com) – Angelina Jolie is again up to her wicked ways in “Maleficent Mistress of Evil.” But for the Oscar winner, playing the Disney villain is about a lot more than winged costumes and horns.

Horn-wearing fans and reporters alike clamored to get close to the star on the red carpet outside the El Capitan Theatre on Monday night as Jolie reflected on how she relates to the character’s latest dilemma — parenting young adult Aurora (played by Elle Fanning).

“For Maleficent, considering she is the mistress of evil, I think she’s doing a pretty good job,” she told reporters with a laugh. “You know, the father’s a bird. We know we have some severe issues going on. [But] she’s trying her best. And I think where she fails is that she doesn’t believe in herself. She doesn’t believe that she’s a good mom. She doesn’t see herself as a mom.”

Of joining the “Maleficent” team, Pfeiffer told Variety, “the highlight has been being able to work with this gifted group of actors…I was really excited to work with Elle and Angelina.”

The film’s release also aligns with the 60th anniversary of Disney’s animated classic “Sleeping Beauty.” Fanning — who channeled her inner Aurora, wearing a princess-style Gucci dress creatively adorned with blood droplets to represent Sleeping Beauty’s pricked finger — explained how the role of a Disney Princess has evolved since the animated film’s debut.

“The world we are in is evolving, you know, in many ways — maybe not in great ways with some things,” Fanning said. “But with cinema, we have to portray the world, project what we want to see in the world, especially for our youth and our young girls and boys too. So, I hope it’s going, moving forward.”

“I think with this film, it certainly is,” she continued. “We have three female women at the center and they’re using their strength and their power in very different ways. And Aurora, for me, she’s just staying true to herself. [In] a lot of films, they put you in armor and make you have a sword and they’re like, ‘That’s strong.’ And Aurora uses her head and she’s honestly the wisest of the three. She’s the most level headed.”

“Maleficent: Mistress of Evil” is in theaters on Oct. 18. 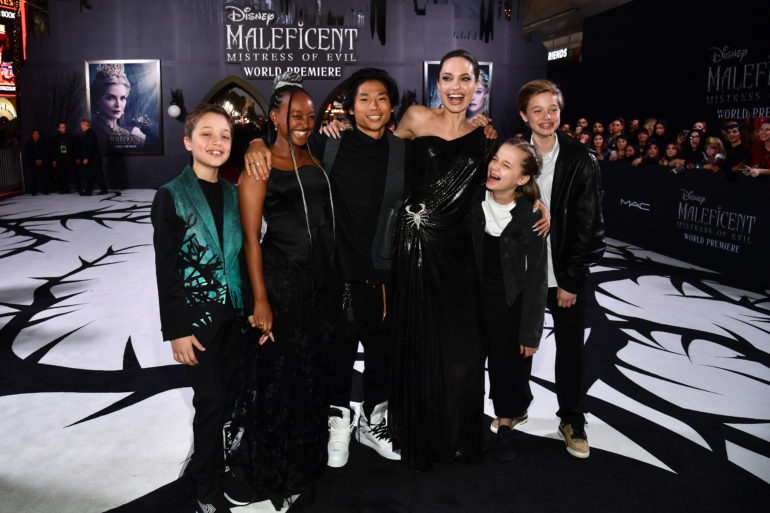