The park has been losing money for the past four years, with losses rising to $77.5 million (HK$557 million) in the year to June. It has variously blamed the losses on the cost of investment and on repairs necessitated by a typhoon.

In the period since June—when Hong Kongers began taking to the streets in protest at government actions – the park is reported to have suffered a further 30% drop in visitor numbers.

On Monday, park operators and the Tourism Board, said that the park would run out of cash this year if it did not get financial help. As well as the new cash injection, the park is seeking the deferment for up to eight years of repayment of two government loans, and the waiving of interest on the loans. One of those loans was used to build a revenue-generating hotel, which opened in February last year.

The park said that new money would be spent on transforming it into an action-adventure resort. Over a period of seven years it wants to build seven new themed zones and add 20 new attractions. Some existing attractions would be demolished.

Ocean Park chairman Leo Kung Lin-cheng said that the revamp would allow it to attract larger numbers of visitors and improve Hong Kong’s overall attractiveness. Kung projects 5 million visitors in the 2022/23 financial year, and 7.5 million in 2027/28.

“We want to help the park ride out this financial storm, we also need to invest in the future,” said Secretary for Commerce and Economic Development, Edward Yau Tang-wah. He argued that the plan shows the government is supporting the tourist industry that has been hard hit by the street protests.

The proposal is due to be put to the Legislative Council (Legco), Hong Kong’s equivalent of a parliament. The pro-democracy Civic Party said that it would oppose the funding proposal. It argues that the park lost money even in years with high attendance. Lawmaker, Jeremy Tam said that the refurbishment plans are purely conceptual with no guarantee that they would improve visitor numbers, and that debts remain unpaid.

Even the park’s proposal to scale back its marine exhibits did not sit well with animal rights group People for the Ethical Treatment of Animals (PETA). “As long as dolphins at Ocean Park are still trapped in cramped tanks, they will continue to suffer. .. Ocean Park’s decision to end its dolphin shows but to keep the animals as a tourist gimmick is a missed ethical and financial opportunity. Leaving animals alone is best for the future, best for business, and best for animals,” said PETA VP, Jason Baker.

The debate about Ocean Park’s finances will be of key interest to Hong Kong Disneyland, the territory’s newer and more visited theme park. HKDL, which is 53% owned by the government but is managed by Disney, has dipped in and out of profit in the 14 years since it opened on land near the airport. It too has been criticized by lawmakers, some of who who argue that Disney should not be paid management fees at times of loss.

Operating on land provided free of charge by the Hong Kong government, Ocean Park straddles a headland, two sides of a mountain, and prime real estate on the south side of Hong Kong Island.

Both Hong Kong parks are challenged by the growing number of large scale attractions being built in mainland China. A dozen Chinese companies operate a some of the most visited in the world, while international operators Merlin Entertainments, Disney and Universal are also targeting the mainland’s growing middle class on their home turf, rather than persuading them to cross borders. Disney opened its showcase park in Shanghai in June 2016, while Universal is set open its first in China in 2021.

Ocean Park’s 43-year financial history has itself been a roller coaster. For the first ten years of its existence it was owned and run by the Hong Kong Jockey Club, a charity. In 1987 it became a statutory body and later is a non-profit company Ocean Park Corporation.

In the early 200s it was widely expected to close under the competitive pressure from HKDL, but a Master Development Plan in 2005 saw Ocean Park expand, survive, and by 2014 become the world’s 13th most visited theme park. The 2005 plan also made a local hero of Canadian former fashion entrepreneur, turned property developer and occasional film producer, Allan Zeman. 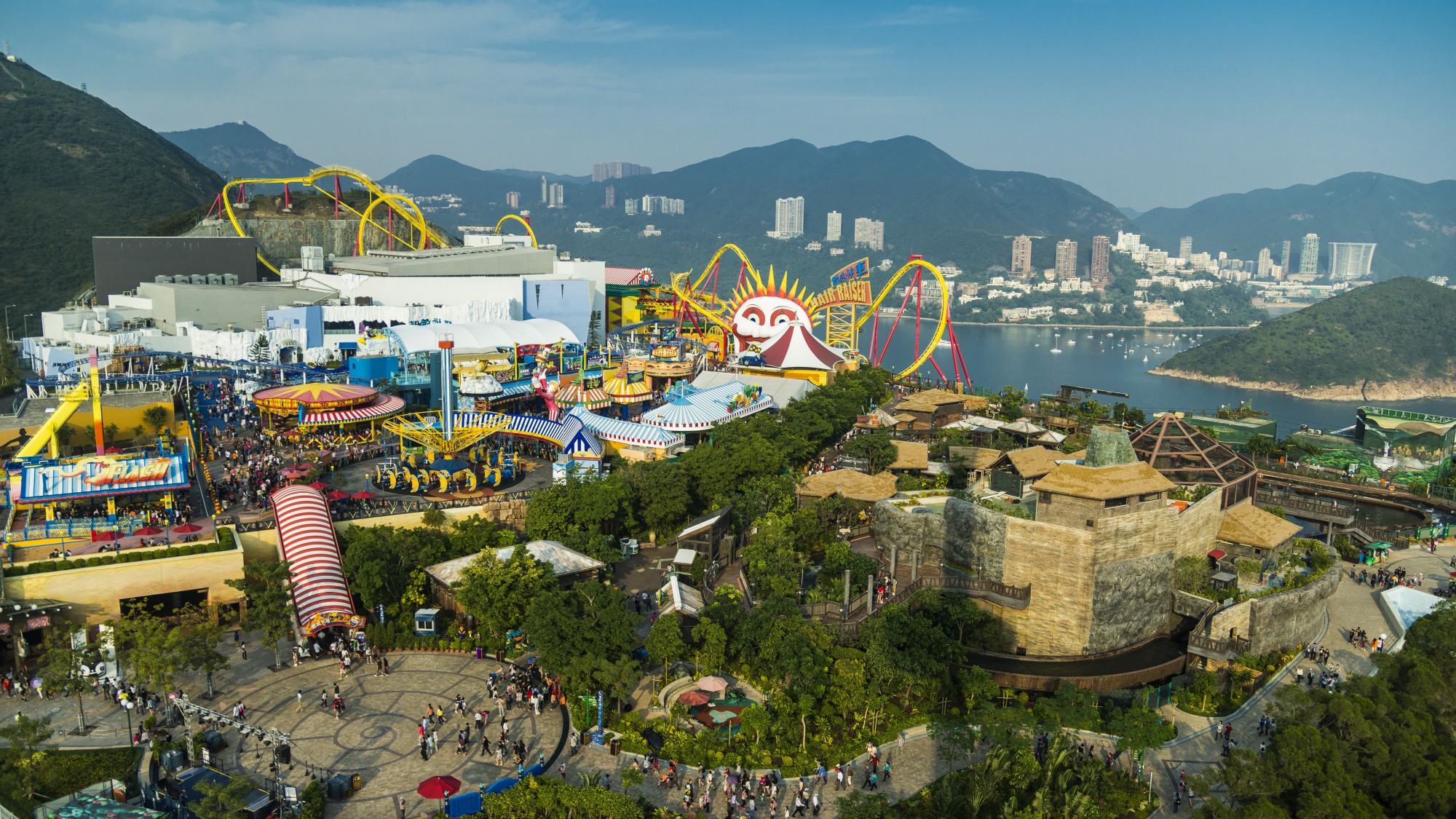