LOS ANGELES (Variety.com) – The ninth installment of the “Grateful Dead Meet-Up at the Movies” will be seen in theaters around the world after Trafalgar Releasing signed on as the distribution partner for the annual event.

Rhino Entertainment, part of Warner Music Group, oversees Grateful Dead properties. Trafalgar replaces Fathom as its partner on the Grateful Dead event, which sees a concert from the iconic band and related footage shown in theaters for one night only each year. It has become a major draw for the group’s fans, known as Dead Heads.

The Meet-Up has traditionally run in the U.S. and there has been an attempt to launch it in the U.K., but on a different date from the U.S. The 2019 plans mark the first time it will play internationally and on the same day. Trafalgar is doing deals now and the film will play in Europe, North America, and Australasia.

The concert featured in the 2019 edition will be unveiled June 13 when tickets go on sale. The screenings take place on Aug. 1, which was Grateful Dead founding member Jerry Garcia’s birthday. Rhino Entertainment and Grateful Dead archivist David Lemieux select the shows chosen from archival performances to capture the spirit of the Grateful Dead. Last year’s event featured a 1989 concert at Washington’s RFK Stadium.

Trafalgar said this year’s “Grateful Dead Meet-Up at the Movies” will play in a mix of independent and art-house theaters as well as in multiplexes.

“It’s been incredibly exciting to watch the ‘Grateful Dead Meet-Up at the Movies’ evolve over the last eight years, with the audiences growing larger and more eclectic with each installment,” said Mark Pinkus, president of Rhino Entertainment. “Partnering with will now take us to the next step in this evolution, with even more diverse cinema offerings and worldwide distribution. I fully expect the ninth annual ‘Meet-Up’ being the biggest yet.”

Kymberli Frueh joined event cinema specialist Trafalgar last year from Fathom. “Trafalgar Releasing couldn’t be more excited to unite Grateful Dead fans across the globe for this exciting expansion of the annual ‘Meet-Up’ leading into its ninth year,” she said. “Our focus is on creating global cinema events that connect communities of fans across the world, and we are excited to bring the annual ‘Meet-Up’ to Dead Heads outside the U.S. as well.”

Trafalgar has credentials in the music space, having released K-pop band BTS’s record-breaking concert film “Burn the Stage” in movie theaters, as well as films such as “Coldplay: A Head Full of Dreams.” Its upcoming releases include Roger Waters film “ Us + Them ” and “The Cure – Anniversary 1978-2018 Live in Hyde Park London,” celebrating 40 years of the band. 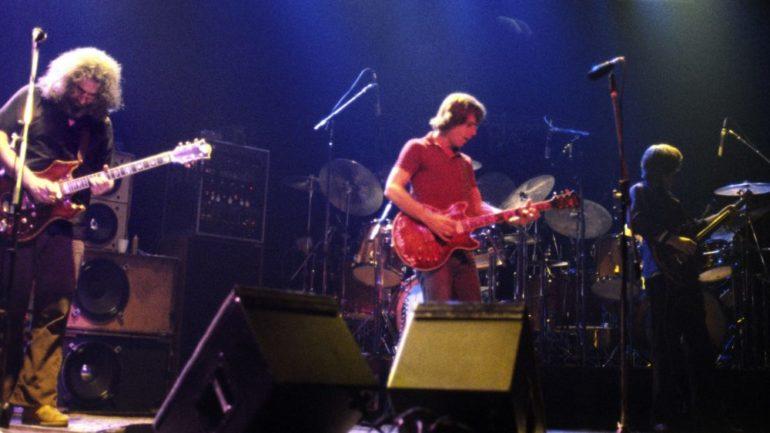