LOS ANGELES (Variety.com) – Netflix has won the battle for a multimillion-dollar, multi-year overall deal with “Game of Thrones” creators David Benioff and D.B. Weiss, the streaming platform confirmed to Variety. This follows a three-way bidding war that had recently narrowed from the six major studios to Netflix, Amazon and Disney.

The deal is a multi-year agreement to write, produce and direct new TV series and films exclusively at Netflix.

“We are thrilled to welcome master storytellers David Benioff and Dan Weiss to Netflix,” said Netflix chief content officer Ted Sarandos in a statement. “They are a creative force and have delighted audiences worldwide with their epic storytelling. We can’t wait to see what their imaginations will bring to our members.”

“We’ve had a beautiful run with HBO for more than a decade and we’re grateful to everyone there for always making us feel at home,” said Benioff and Weiss jointly. “Over the past few months we’ve spent many hours talking to Cindy Holland and Peter Friedlander, as well as Ted Sarandos and Scott Stuber. We remember the same shots from the same ‘80s movies; we love the same books; we’re excited about the same storytelling possibilities. Netflix has built something astounding and unprecedented, and we’re honored they invited us to join them.”

Apple was at one point interested in a deal Benioff and Weiss, according to sources; ultimately was not one of the last contenders standing in the war for the pair’s creative prowess.

Disney remained in the running until late. The giant powerhouse, having absorbed 20th Century Fox, has already entered the Benioff and Weiss business. They are currently occupied developing an untitled “Star Wars” movie for Disney that will premiere in theaters in 2022, the first of several new “Star Wars” films that the creative duo had signed on to write and produce with Disney-owned Lucasfilm.

Amazon, the other major contender, also had established ties to Benioff and Weiss, signing “” writer and co-executive producer Bryan Cogman to an overall deal with the studio last year. He is currently a consultant on the epic fantasy “Lord of the Rings” series being developed at the streaming platform.

Netflix began inking overall deals in 2017, first striking agreements with Shonda Rhimes and Jenji Kohan , and later adding Ryan Murphy, Kenya Barris, Brad Falchuk and others to the streamer’s formidable roster of creators. As Variety reported exclusively in June, “Pose” director, producer and writer Janet Mock signed with Netflix in a groundbreaking overall deal , the first out transgender woman to do so.

Industry watchers are also keeping an eye on which major studio J.J. Abrams winds up signing an overall deal with ; as Variety reported in June, the race appears to have narrowed to WarnerMedia and Apple. 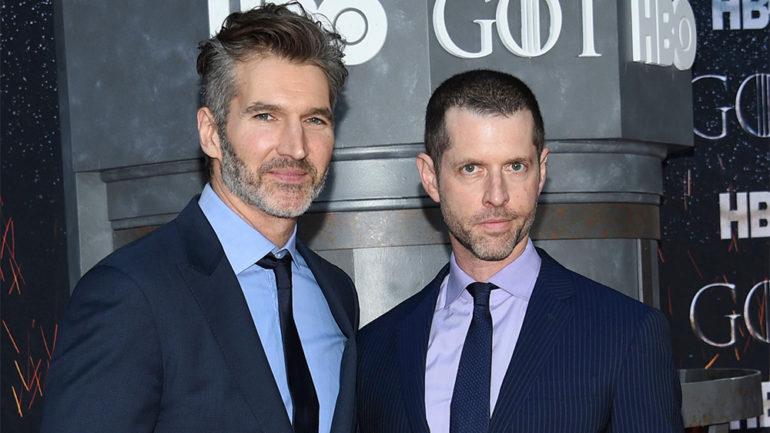