‘Game of Thrones’: Burning Questions (and Some Answers) After the Series Finale

LOS ANGELES (Variety.com) –
[SPOILER ALERT: Do not read ahead if you have not seen the series finale of “Game of Thrones.”]


All told, “” got a pretty tidy ending . Daenerys (Emilia Clarke) is dead, the Starks have all embarked on different paths, and there’s a new king in town with a different council. However, with all the storylines and characters that were introduced over the course of eight seasons, we’re bound to still have some questions remaining.

Fans may have to wait until George R.R. Martin finally releases “The Winds of Winter,” the next installment in his “A Song of Ice and Fire” book series, for those answers. But in the meantime, inquiring minds at Variety pose questions we still have after the grand finale — and took a crack at tying up the loose ends.

Where are Dany and Drogon?

When Drogon, Dany’s lone surviving dragon, discovered his murdered mother, after throwing a fire-fueled fit of grief, he took her body and flew away, leaving Jon Snow (Kit Harington) awestruck (and probably shocked to still have his life) in his wake. When King Bran (Isaac Hempstead-Wright) asked his council about the dragon, Samwell Tarly (John Bradley) said he was last spotted flying east. Notorious warger Bran said he might be able to find him — so perhaps he and his ravens will have to answer that question.

Why did Drogon melt the Iron Throne? And why didn’t he kill Jon?

Dragons are intelligent creatures, as Tyrion Lannister (Peter Dinklage) once noted seasons ago. So intelligent, in fact, that Drogon likely realized the political nuances of it all: it wasn’t Jon who was responsible for Daenerys’ death, but rather, the pursuit of the Iron Throne and the corruption of power that led to the demise of his mother. And it couldn’t hurt that Jon has Targaryen blood.

Where was Jon going at the end of the episode? And why did Bran banish him to the Night’s Watch?

Jon was sent (again) to serve in the Night’s Watch… so why do we see him wandering off with the wildlings at the end of the episode? In a true full circle moment, we can probably guess he was taking them back to reclaim their land north of the Wall. Ygritte would be proud. (Plus, we’re not sure what the Night’s Watch was supposed to be watching with the Night King gone anyway).

To that end, we can deduce that the pretty much all-knowing Bran didn’t send Jon back to the Night’s Watch as a punishment, but rather, so he could find his true home.

The Unsullied left Westeros, but did the Dothraki go with them?

We see the Unsullied on ships, ready to sail for the Island of Naarth, keeping Grey Worm’s promise to Missandei in heartbreaking fashion. But… what about the Dothraki? In the scene, we see them walking past the ships, but never actually on them (and we know how the Dothraki feel about sailing). With their queen gone, can we really expect the skilled fighters to acclimate well to Westeros?

What happened to the characters who weren’t in the finale?

Granted, “Game of Thrones” gave us a pretty conclusive ending. We know what most of the main cast (who hasn’t died) was doing — Sansa Stark (Sophie Turner) is off leading the North, Arya Stark (Maisie Williams) is exploring the world, some of our favorites now advise King Bran, etc. But what about Gilly (Hannah Murray)? We can only assume she and little Sam are secure in King’s Landing, with Sam having a spot on the council, but hey, it wasn’t confirmed! And then you have those like Meera Reed (Ellie Kendrick), who faithfully helped Bran until they parted ways early in Season 8. What will happen to those Dany left behind in Meereen? And, seven hells, are Ellaria Sand and Septa Unella still locked in the dungeons under the Red Keep?

Did anyone else find out about Jon’s true parentage?

In total, eight people definitely knew about Jon Snow’s true identity (although two of those eight died). And as Varys pointed out earlier in the season, when eight people know, it’s not a secret anymore — it’s information. But did the group manage to keep a lid on Jon’s actual lineage (and, in turn, his true right to the Throne) after all? It’s hard to say, though no one brought it up while deciding who should be the next king. We’re going with “No” for now.

What was with that boring council meeting?

Who would’ve thought that the finale of TV’s biggest fantasy series ever would contain a minute of Tyrion adjusting chairs after he got to the meeting a little bit early? “Game of Thrones” ended with a mixed message about power, but that meeting, in which they discussed improving the water quality in Westeros over rebuilding brothels and traded some passive aggression that would probably be familiar to anyone who’s worked in a corporate office, was likely meant to be encouraging. Politics should be boring. If they’re discussing how to improve on their peaceful society rather than conquering the Seven Kingdoms, all the better. 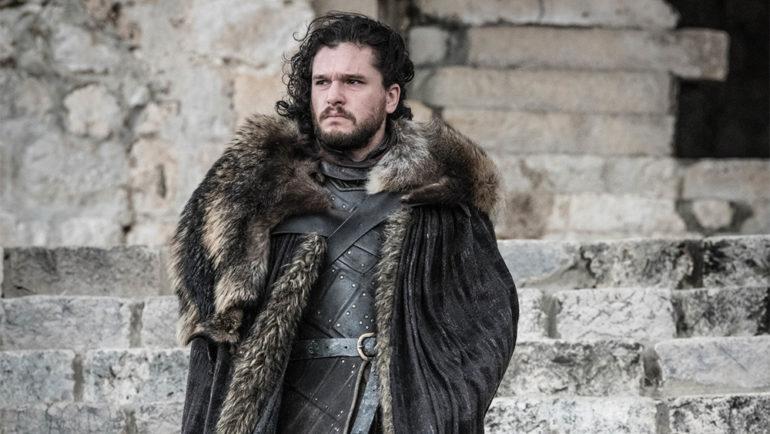