From Leonardo DiCaprio to Timothee Chalamet, What You Didn’t See on TV at the Oscars

LOS ANGELES (Variety.com) – The Oscars made history on Sunday night by awarding “Parasite” best picture, the first time in the 92-year-history of the telecast that a foreign-language film took home the top statue.

Indeed, it was a big night for “Parasite,” which won a total of four Academy Awards , including best director for Bong Joon Ho, who — along with his translator Sharon Choi — stole the show. The twisty drama about a wealthy family in South Korea was the underdog coming into the evening, as many pundits predicted that the best picture prize would go to “1917,” Sam Mendes’ sprawling World War I epic.

Inside the Dolby Theatre in Hollywood, it was clear that the audience was on team “Parasite,” as there was thunderous applause every time Bong took the stage. But there were also other highs (and some lows) during the ceremony. As Variety takes you inside the , here’s what TV viewers didn’t see at home.

There was no host at the Oscars, but the ceremony proved for the second consecutive year that it didn’t need one. Janelle Monae received a lengthy standing ovation for her opening number, which started with her singing the lyrics to Mr. Rogers’ “A Beautiful Day in the Neighborhood” and ended with her in a massive flower gown inspired by “Midsommar.” The musical performances seem to carry most of the ceremony, as the crowd got back on their feet to applaud for a surprise rendition of “Lose Yourself” by Eminem, Cynthia Erivo’s “Stand up” from “Harriet,” Elton John belting out “(I’m Gonna) Love Me Again” from “Rocketman” and Billie Eilish covering a beautiful rendition of “Yesterday” during the In Memoriam segment.

Brad Pitt was the first winner of the night, taking home the best supporting actor trophy for playing a stuntman in Quentin Tarantino’s “Once Upon a Time in Hollywood.” Just as his category was called, Leonardo DiCaprio — who was sitting two seats away from him in the front row of the orchestra — leaned over and touched Pitt’s shoulder for support.

How Donald Trump crashed the Oscars

Though the president wasn’t mentioned by name during the telecast, there were still politics in the air. To get to the Oscars ceremony in a car, you had to drive past two crowds. The first held up an orange sign that read “Trump/Pence, #OutNow!,” as activists handed out buttons with their message for Oscar guests to wear. The second gathering was of Trump supporters, holding signs such as “Women for Trump” and “Trump 2020.”

No dinner, but there is a bar

Unlike the Golden Globes, there’s no meal at the Oscars. But guests can leave the auditorium during commercial breaks for the bar, which served a special tequila cocktail called “When You Have Passion” and red and white glasses of wine from Francis Ford Coppola’s winery. And if you’re starving, there were little plastic bags of (stale) popcorn and cookies to nibble on.

Like everything in Hollywood, there’s a hierarchy to the Oscars seating chart. The most famous nominees — Leonardo DiCaprio (who attended with his girlfriend Camila Morrone), Brad Pitt, Tom Hanks, Charlize Theron and Cynthia Erivo — were seated in the center front row of the orchestra. Two of the eventual winners, Renee Zellweger and Joaquin Phoenix, were both in aisles seats near the stage.

and Natalie Portman presented the award for best adapted screenplay to Taika Waititi for “Jojo Rabbit.” While Waititi delivered his speech, Chalamet, who stood to the side of the stage, looked out — and smiled — at the section of the audience where his director Greta Gerwig was seated. She was also a favorite in the category for writing “Little Women.”

Leo must have known about Eminem

The actor, who attended the ceremony, had ducked out for a break, but he returned to his seat just seconds before Eminem took the stage. During the performance, DiCaprio and Pitt both bopped their heads up and down in approval.

Schmoozing with the stars

Between the prizes, the Oscars are also about networking or at least saying hello to your famous colleagues. Inside the theater, Rami Malek turned around during a commercial break to have a long conversation with Spike Lee. Elton John got a hug and a kiss from Janelle Monae when he returned to his seat from his musical performance. At another commercial toward the end of the show, Laura Dern walked up to Pitt’s seat and whispered a few words into his ear. And Tom Hanks and his wife Rita Wilson spent long stretches of time talking to both Pitt and DiCaprio (who starred with Hanks in “Catch Me If You Can”).

Meanwhile, outside the show…

Huddling in the lobby for at least 30 minutes, Noah Baumbach chatted with Rian Johnson and Adam Driver. Wolfgang Puck joined them for a few minutes. A few feet away, Gerwig shared laughs with Olivia Colman. Gerwig also chatted with Tom Rothman, who distributed “Little Woman” as the head of Sony Pictures Entertainment. And she hugged producer Amy Pascal, who gushed about Gerwig’s dress.

Gal Gadot was at the bar when Kristen Wiig, the new villain from “Wonder Woman 1984,” presented with Maya Rudolph, and she had to watch their sketch on a TV screen. “I can’t believe I’m not inside,” Gadot lamented, telling Variety that she didn’t plan to stay out too late. (If you want to return to your seat, you need to wait for a commercial, so you don’t interrupt the telecast.)

The eventual best actress nominee got up in the middle of the show and chatted with some well-wishers at the bar to calm her nerves.

Can you feel the love for “Parasite?”

As the night came to an end, “Parasite’s” prospects of taking the top prize suddenly started felt more real. The auditorium erupted in big cheers when Lee announced Bong’s name as the surprise best director winner. And then, when Jane Fonda announced “Parasite” as the best picture winner, Bong hugged everyone in the aisle on his way up to the stage along with his producers and cast. Even when the show had ended on TV, the “Parasite” team remained on the stage for at least five more minutes, reveling in their big win and savoring their place in movie history. 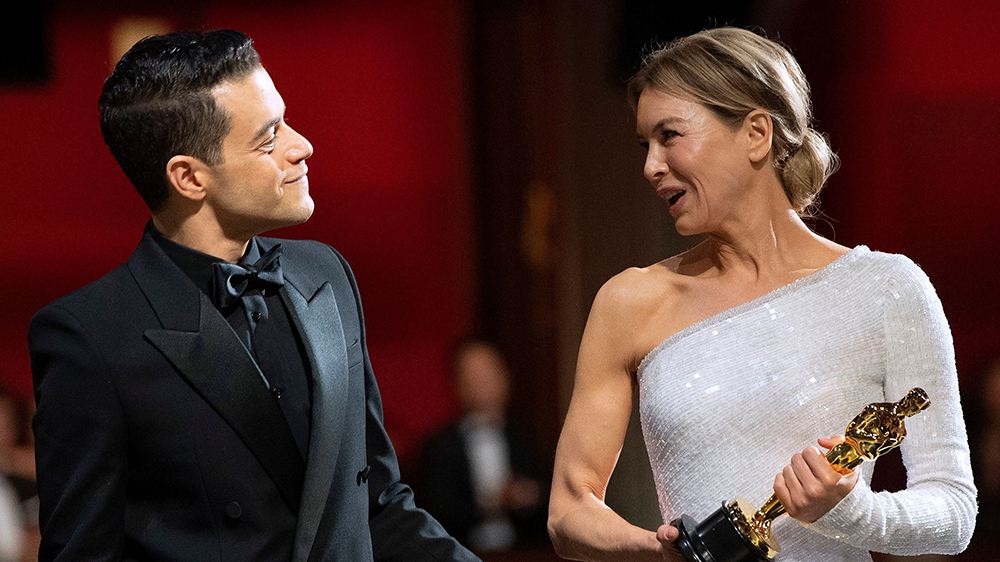 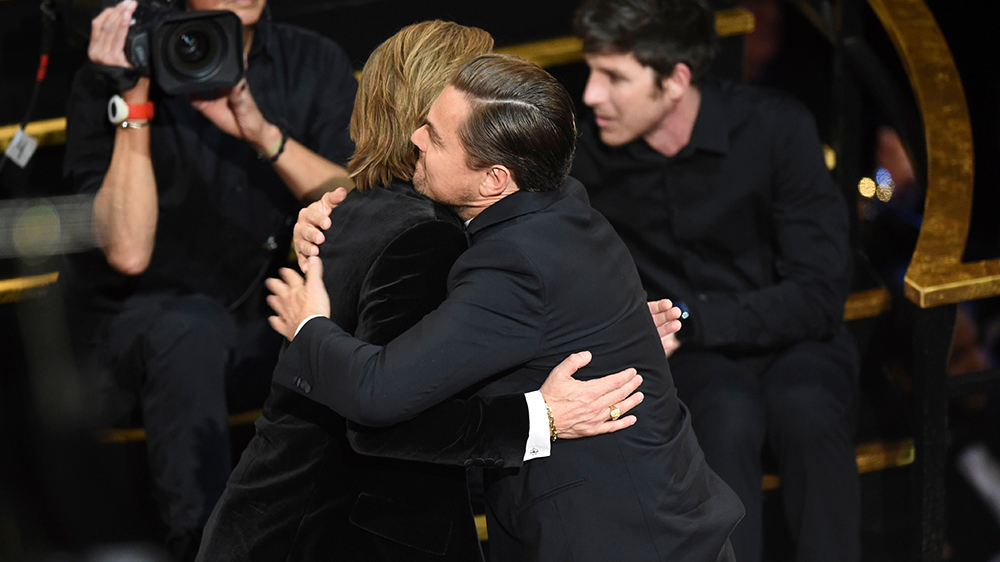