LOS ANGELES (Variety.com) – Former deputy campaign manager for Donald Trump and current outside adviser to the president David Bossie has been suspended from his role as contributor on Fox News.

According to the Daily Beast , the suspension is set to last two weeks in light of his appearance on “Fox & Friends Weekend.”

Bossie engaged in a heated argument with Democratic strategist Joel Payne, who fired with, “You don’t have to be a golden retriever to hear all the dog whistles coming out of the White House these days and from my friend David here.”

But Bossie crossed a line, prompting suspension from the network, as he told Payne, who is black, that “You’re out of your cotton-picking mind.”

Aghast, Payne relayed how “I have some relatives who picked cotton, and I’m not going to sit back and let you attack me on TV like that.”

The network comprehensively disapproved of Bossie’s remarks, with host Ed Henry saying on-air, “I want to make clear that Fox News and this show, myself, we don’t agree with that particular phrase. It was obviously offensive.”

The Daily Beast also retrieved a comment from the network, which said, “’s comments today were deeply offensive and wholly inappropriate. His remarks do not reflect the sentiments of Fox News and we do not in any way condone them.”

Bossie took to Twitter to apologize for the statement. 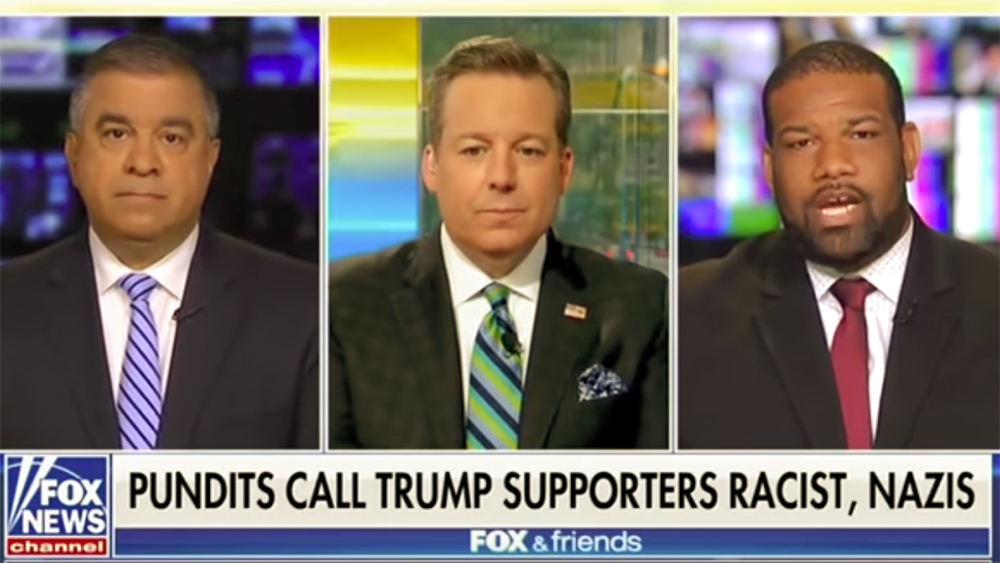