‘Fortnite’ Dance Lawsuits: The Carlton, the Floss, the Milly Rock, What Is Going On?

When is a dance a dance and not just a move, and can you copyright it?

That seems to be the lynchpin question in a series of lawsuits filed this month against “Fortnite” creator Epic Games by a rapper, an actor, and an Instagram star.

Brooklyn rapper 2 Milly, former “The Fresh Prince of Bel-Air” star Alfonso Ribeiro, and Instagram’s “Backpack Kid” all filed suits this month against , saying the developer copied each of their trademark dance moves, put them in “” as an animation, and sold them to millions of players, without permission.

But can you copyright a dance? Who is Backpack Kid? What is “Fortnite?” There’s a lot to unpack here.

Epic Games
To those familiar with video games, developer and publisher Epic Games isn’t simply the company behind “Fortnite.” The company may most recently be best known for its massive hit, but before there was “Fortnite,” there was “Gears of War.” The company was, for years, known as the creator of the popular Xbox exclusive shooter “Gears of War,” which was headed up by developer Cliff Bleszinski. And even that wasn’t entirely accurate, because, for much of the company’s history, its big money maker has been the Unreal Engine. The Unreal Engine is proprietary software that the company created and regularly updates for use by other game developers to make their own creations.

The success of “Fortnite” can actually be traced back to a key decision that Epic made in 2012 , when it shifted away from big, boxed, marketing-driven games to a more agile company willing to give away a lot of content.

In a case of the chicken or the egg, the decision to shift to what was known internally as Epic 4.0 was driven in part by the years-long development of “Fortnite,” which began as a small indie title inside the studio, and lessons learned there, Sweeney said back in 2016.

The realization that “Fortnite” would do much better as a free-to-play, evolving game led Sweeney to realize he had to change the direction of the company. “I would describe it as seeing the writing on the wall,”  Sweeney said . “There was an increasing realization that the old model wasn’t working anymore and that the new model was looking increasingly like the way to go.”

“It boiled down to a decision: What do we do with our company? Do we enter into a new generation of publisher agreement and continue the way we were?” he says. “We ruled that out fairly soon after ‘Gears of War 3’ was released. We realized that the business really needed to change its approach quite significantly. We were seeing some of the best games in the industry being built and operated as live games over time rather than big retail releases. We recognized that the ideal role for Epic in the industry is to drive that, and so we began the transition of being a fairly narrow console developer focused on Xbox to being a multi-platform game developer and self-publisher, and indie on a larger scale.”

To get the money to change directions so drastically, Epic cut a deal with Tencent, selling it about 48% of the company’s outstanding shares, or roughly 40% of Epic, for $330 million.

That injection of cash allowed Epic to make some major changes, including dropping the monthly charge for its game engine and giving it away to anyone who wanted to use it. To balance that out, Epic took a royalty cut from anything created with its engine. The result immediately led to the company’s biggest profits for the engine in its history. 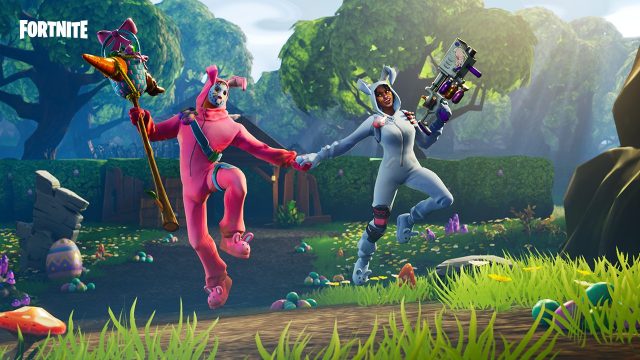 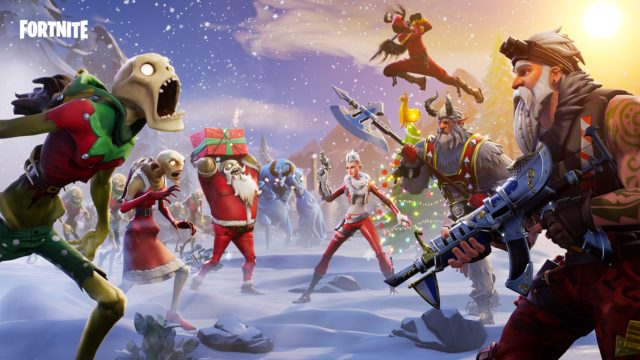 When “Fortnite” was released as a paid game in beta during the summer of 2017, it had already been in pre-release development for five years.

A few months later, the company decided to roll out a new, free-to-play mode inspired by the battle royale genre that was bubbling up in a number of games, including “PUBG.” The company announced “Fortnite Battle Royale” on Sept. 12 and it exploded in popularity almost instantly. In just two weeks, it attracted 10 million players. By the following spring, that number had jumped to 45 million. In June, about a year after the mode’s release, Epic Games revealed that the game had more than 125 million players. Last month, the company told Variety that player count was up to 200 million.

Those leaps in player counts were due both to the active development of the fun, replayable game, but also the game’s steady march across platforms, eventually landing on the Mac, Nintendo Switch, PlayStation 4, Windows PC, Xbox One, and most modern smartphones.

And with that player count came a lot of money.

Monetization
“Fortnite Battle Royale” is a free-to-play game. That means you don’t have to spend a penny to get the game. You can download it on just about any platform, sign up for free, and start playing without ever spending any money. But, if one so wishes, there are plenty of ways to spend cash in the game.

At the top of that list is likely the game’s Battle Pass, which has players paying a monthly fee to get access to a slew of unlockable costumes, in-game stickers, and moves for the game. But players can also purchase most of that content individually.

To make a purchase in the game, the player can slowly (very slowly) earn in-game V-Bucks, or a player can simply buy them. The price breaks down to essentially $1 for 100 V-Bucks, though the more you buy, the better the deal. For instance, if a player drops $100 on V-Bucks instead of getting just 10,000, they get 13,500.

The Battle Pass runs 950 V-Bucks and items can cost anywhere from 200 to 800 V-Bucks. While the costumes are a popular item in the game to purchase, the emotes — or animated dance moves — seem to be up there as well.

While Epic Games has never disclosed how much money the company makes off the game and the sale of all of those virtual goodies, analysts have estimated that its pulling in more than $100 million a month and expect the company to make $2 billion off the game this year. That success also escalated the valuation for the company, with the Bloomberg Billionaires Index estimating it’s worth $5 billion to $8 billion.

The Lawsuits
While Epic Games has been raking in the cash, the players, the attention, and the accolades, not everything has been positive for the company.

Over the summer, Chance the Rapper took to Twitter to call “Fortnite” out for the dance moves the developers sell in the game.

That tweet sparked some comments and a bit of outrage, but the idea that Epic Games might be doing something wrong by dropping dance moves in the game with no credit seemed to fade away rather quickly.

Then in November, Donald Faison brought it up again. The “Scrubs” actor called out Epic Games for using Turk’s “Poison” dance in the game. During an appearance, he declined to do the move, but told fans to go play “Fortnite” if they want to see it. He went on to say he didn’t get paid for the dance and that “somebody stole that s—.”

But still nothing official came out of the growing public outcry until earlier this month when Terrence “” Ferguson filed a lawsuit against Epic Games for using and selling his “Milly Rock” dance in the game without permission. Less than a week later, Ribeiro and Anita Redd — acting on behalf of her son Russell “Backpack Kid” Horning — filed two more suits. All three are being handled by Pierce Bainbridge Beck Price & Hecht LLP. All three suits use the same boilerplate with a specific breakdown of the different plaintiff’s moves in the suits.

The suits are asking for a ruling to block Epic Games from using the dance moves, an award of the money earned off the moves, unspecified punitive damages, and attorney’s fees.

In essence, the lawsuits argue that the dance moves were established by and are clearly identified with the three litigants and that not only is Epic Games earning money off of their creations, that they’re undermining the value of those creations for the creators. On that second point, the lawsuit notes that now when some of those dances are done in public, they’re identified as “Fortnite” dances, not, for instance, “The Carlton.”

The Question
Can a dance be copyrighted?

That may seem like the main question in this lawsuit, but figuring out the answer is a bit more nuanced, said Matt Acosta, intellectual property attorney at the Dallas office of Jackson Walker.

“Whether dances are subject to copyright is not a slam dunk,” Acosta told Variety via email. “The Epic Plaintiffs will likely contend with several hurdles in order to show that their dance moves are copyrightable. As a general matter, any original creative work may be subject to copyright protection. This historically includes, among other things, movie scripts, songs, or even in some instances, computer code. One of the issues that the Plaintiffs will face in the Epic cases is to show that their respective dance moves are sufficiently original from other dances to deserve copyright protection. The alleged iconic nature of the dances will no doubt play a role in that analysis, but there still must be original elements to the dances beyond those other dances that have been historically created and performed.”

Other issues that the plaintiffs face are proving that the dance is well known enough and has been filmed or videotaped enough to be considered copyrightable. Finally, Acosta said, the plaintiffs will have to prove that the dance move isn’t some part of a greater whole and rather a singular expressive work.

“The Copyright Act specifically excludes ‘any idea, procedure, process, system, method of operation, concept principle, or discovery,’” Acosta wrote. “In other words, an expression of an idea is copyrightable, but the idea is not. In one case, the Ninth Circuit Court of Appeals held that a series of yoga poses and a related book describing those poses were not subject to copyright protection because the poses were, in fact, a system for better health. The Epic Plaintiffs will also likely contend with arguments that their dances are some type of process, procedure, or system, rather than purely an expressive work.”