LOS ANGELES (Variety.com) – Phase 1 of awards season wraps Monday, Jan. 14, when Oscar-nomination voting ends. So before Phase 2 (Jan. 22 nominations through the Feb. 24 ceremony), it’s time to reflect on the lessons of Phase 1 (though “lessons” may be misleading, since it implies everyone has learned something).

1. It’s an annual tradition to stir up bogus controversies over contenders. This year, it started with outrage that “First Man” doesn’t depict the planting of the U.S. flag on the moon. (For the record, “La La Land” didn’t include a shot of the Hollywood sign, but nobody got apoplectic.) The continued attacks on “Green Book” manage to be both silly and disgusting. The good news is that in the past, Academy of Motion Picture Arts & Sciences voters have ignored this mudslinging (“A Beautiful Mind,” “Slumdog Millionaire,” “The Shape of Water,” et al.) The bad news is that this makes everybody look bad: AMPAS, Hollywood, and the entire human race, actually.

2. We should have some empathy for Oscar “sure bets.” The campaign teams behind “A Star Is Born,” “Roma,” “RBG,” Glenn Close, et al, have to keep the buzz going while avoiding over-buzz. Oscar history is filled with cautionary tales. Kathryn Bigelow did a great job directing “Zero Dark Thirty” but wasn’t nominated; did voters assume she was a shoo-in and didn’t need more votes? “La La Land” scored  record Golden Globe wins and earned a record-tying 14 Oscar noms, but didn’t win; was that because of a backlash? Members of the Academy of Motion Picture Arts & Sciences only have time to see a fraction of the year’s 347 eligible feature films. So strategists need to build want-to-see attitude and maintain enthusiasm for a film without overselling it. The process is harder than it looks.

3. Bradley Cooper is enjoying a career high these days with “A Star Is Born,” but he also deserves sympathy for what a golden boy endures. Case in point: On Sept. 30, the New York Times’ Sunday Arts & Leisure section led with a story headlined “ Is Not Really Into This Profile.” The story was allegedly about him, but it was equally about the reporter’s frustration at his refusal to bare his soul.  (As the reporter lamented, “I have a story to write, I told him. I’m not sure what to do. Coming back with a good story is my THING, I said.”) The style was an attempt to evoke Gay Talese’s landmark 1966 article “Frank Sinatra Has a Cold.” It’s a reminder that each year, awards season gets longer and more crowded with contenders, campaigners and journalists. And everyone gets more frantic.

4. Some terrific films of 2018 are being recognized, but future film historians may wonder why other greats were overlooked. In some cases, it’s the mysteries of the zeitgeist. (Why haven’t Carlos Lopez Estrada’s “Blindspotting” and Christopher McQuarrie’s “Mission: Impossible — Fallout” gotten more attention?) In other cases, it’s a technicality: Peter Jackson’s astonishing WWI documentary “They Shall Not Grow Old” opened in 2018 but didn’t have a week-long awards-qualifying run. Ah, well. With or without awards, future generations will still study these films, learn from them and be moved by them.

5. Buried underneath the outrage of the Academy’s proposed new Oscar category (quickly rescinded), there’s a positive message for AMPAS. Ever since the organization pioneered awards telecasts in 1953, it’s been hard to balance presentation of all those awards yet still entertain home viewers. That ongoing struggle was underlined Aug. 8 with the announcement of “best achievement for a popular film,” a clear bid to lure more TV viewers. The notion was met with across-the-board mockery and lamenting. But the intensity of the reaction, both within the industry and in “civilian” filmgoers, was a reminder: Oscars are still important to a lot of people. 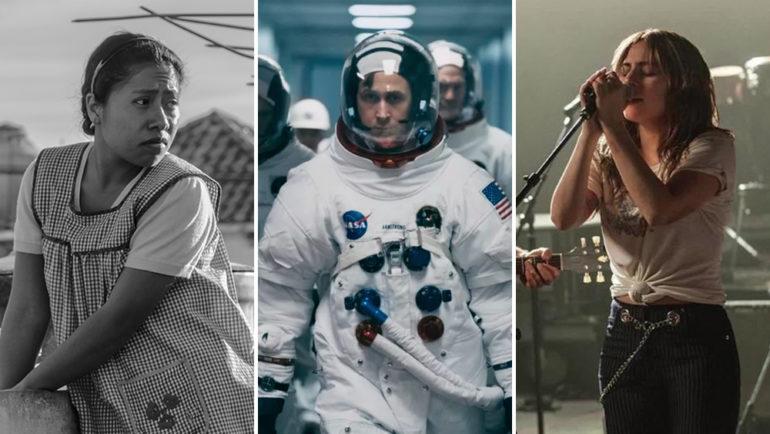