In a bigger picture, Barcelona, the Sitges Festival, and Spain and Latin America, which supplies part of the Pitchbox, are a greenhouse for global genre talent.

It was at Sitges, a Mecca for horror fanboys, that “Jurassic World: Fallen Kingdom’s” J.A. Bayona befriended Guillermo del Toro, who went on to godfather his 2006 debut “The Orphanage.” Jaume Collet-Serra, whose most obvious Hollywood-made horror titles – “House of Wax,” “Orphan” and “The Shallows” – have grossed a combined global $264.5 million – was born an hour north of Barcelona. Once based out of Barcelona, Argentine Andi Muschietti’s “It” earned $700 million.

Most forms of independent movies find international distribution, especially in cinema theaters, increasingly tough. In contrast, genre which the Pitchbox – horror, fantasy, sci-fi, has shown a certain resilience. The question is why. Six explanations:

“The streaming platforms’ arrival and Disney blockbuster success are accelerating a kind of cultural slowdown,” said Antonio Saura, at Latido Films, which is selling “El Hoyo,” selected for Sitges.

“Entertainment is sought more and more, quality films with substance less and less. Distributors seem to be feeling that audiences need to think less or will at least think twice about paying money to see quality films. Genre movies back this trend. “It’s easier to sell these movies to more territories,” Saura added.

Genre is in part a push phenomenon. It’s one kind of film young filmmakers can be fervently passionate about making. It’s no coincidence that the directors of all the winning movie projects at last year’s were from potential first feature filmmakers: Moisés Romera and Marisa Crespo, “9 Pasos” (Nine Steps); Pedro Cristiani, ”Deus Irae”; David Michán, “Eat Me”; Pablo S. Pastor, “The Night of the Crow”; Hugo Keijzer “The Occupant”; Igor Borghi “The Second Child”; and Inti Carrizo-Ortiz “They Vanished.

Genre movies, moreover, can have their cake and eat it too, wrapping sometimes large issues in an obvious entertainment format.

According to Saura, “El Hoyo” “presents dystopia as the only way to understand the world, boasts an interesting analysis of violence, repression, evil and goodness which is highly interesting since it links with very Hispanic concepts of redemption and sacrifice, which are somehow different from what we can see in, say U.S and British films.”

For many, genre is the new arthouse, at a time when straight-arrow old arthouse is proving increasingly difficult to release theatrically abroad.

“It’s not now regarded just as a form of commerce, sidelining storyline, characters and visual treatment, among other factors, but now combines commerce and quality, its ‘quality commercial,’” she added, predicting that 2019’s Santiago Lab genre projects will have “a great audience connection” and a long festival run.”

THE INDEPENDENT SCENE: LESS WITH MORE

In an independent way of things, though far smaller budgeted, sci-fi, fantasy and horror titles still often have some kind of market. “El Hoyo” has already sold well in Asia including to Japan, Korea, Hong Kong and Taiwan.

“In Spain we have a bounty of genre filmmakers with a lot of talent thanks to the good local film schools and a strong national tradition of genre filmmaking,” points out ’s Bernardo Gómez. “Frequently the shortage of financing and smaller budgets has motivated creativity and sparked surprising narratives and clever use of technical resources.”

“As for Latin America,” he went on. “We see a tendency to present genre narratives with a more auteurist touch and a more introspective point of view, which usually results in twists to genre norms and more innovative films.”

The figures are hardly in, in terms of spectators, but genre traditionally plays well, industry common consensus has it, on streaming platforms.

“Genre is growing principally because of streaming platforms’ popularity with young audiences. In Mexico it’s become important for a new generation of filmmakers to produce them,” said Tocayo Films’ Jorge Ramírez.

“Genre cinema has managed to remain one of the safest international bets,” said Gómez. “Proof of this is that we see that both traditional distributors as well as the new OTT platforms continue to order genre as one of their main categories.”

Oriol Paulo’s dizzying Cannes player “Durante la Tormenta” (“Mirage”), a triple alternate future mindbender about a young wife and mother who is faced with losing the love of her life or stopping her infant daughter from ever being born, was the only foreign-language movie singled out by Netflix in its April first quarter results, having “seen broad viewing across the world.”

IT WILL ALWAYS HAVE CHINA

Madrid’s Cinema Republic is currently in negotiations for a Chinese distribution deal on Munguia Manolo’s “H0US3,” about a group of university colleagues meeting up for dinner, where one of them shares an encrypted AI-related file, sending the evening into a tailspin. The film has impressed at festivals, could well have sales traction in Latin America and other Asian markets. Europe is a more difficult proposition, said Cinema Republic managing director David Castellanos.

According to Castellanos, most of the interest in Europe is from smaller buyers focusing on independent festival fare, while in Mexico, Russia and China interest has strong. 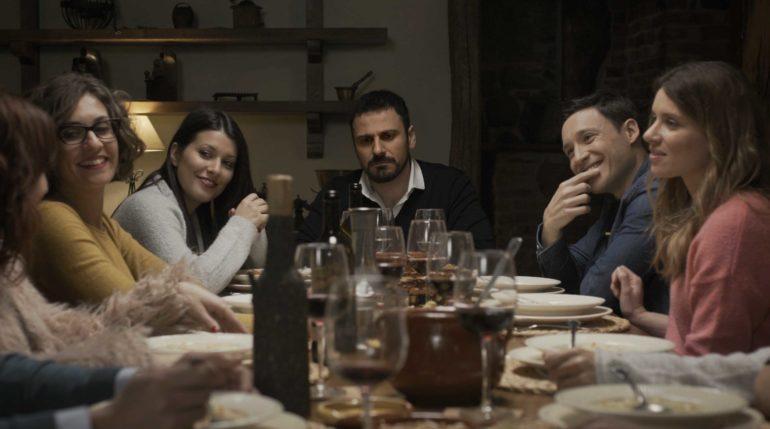