LOS ANGELES (Variety.com) –
Eva Longoria says she wouldn’t be the humanitarian she is today without some inspiration from her oldest sister Liza, who was born with an intellectual disability.

“That’s really where all of my philanthropy and charity work comes from is living a life with Liza and somebody like Liza,” Longoria said at the HollyRod Foundation’s 21st annual DesignCare Gala. “I’m always humbled by everything she shows me and teaches me, especially now that I have a child.”

Longoria was honored Saturday night with the “HollyRod Humanitarian Award,” which was presented by the HollyRod Foundation, an organization founded by Holly Robinson Peete and Rodney Peete in support of those affected by autism and Parkinson’s disease.

The couple created the foundation in 1999 after Holly Robinson Peet’s father died following a struggle with Parkinson’s. Additionally, their son RJ was diagnosed with autism and
given “a never list,” which dictated a number of tasks he would never be able to do.

Upon accepting her honor, Longoria related her own experience growing up alongside her sister’s intellectual disability. “She too was on that never list,”  Longoria said. “She would never talk. She would never have an emotion towards anybody. Today she has a job; she is happy.”

Longoria also shared an inspirational story about her sister, detailing an incident in which somebody stole her jacket while she was in high school.

“I remember being so mad. I wanted to go to the school and kick somebody’s ass. I’m going to go find this person,” she said.” I went to Liza and asked, ‘Who stole your jacket?’ And she said, ‘Somebody who must have been cold.’ And she taught me compassion. She never saw or never sees the evil in anybody. She just thinks somebody needed it more than I. And that’s what tonight is about. There are families and children that need this more than us.”

On the carpet, Longoria said she also draws from her personal life while working as a director. Previously, She helmed several episodes of television for “Black-ish” and “Grand Hotel,” but will chart new territory with her first two narrative features that are currently in development. “These two particular projects really have my stamp on them,” she told

In one of the projects, Longoria said she will direct and star alongside Kerry Washington in a “female comedy” for her first feature.  She also revealed h
er yet to be announced second feature, calling it “a story about my community, the Latino community.”

“Both are really extensions of worlds I know,” she continued. “As a director I’m able to navigate those worlds in a very specific way. And I have a superpower for both.”

Rodney Peete remembers when he first saw the viral video of Lee on the competition show. He said to Variety, “When we saw that video we broke down… Everybody cried. I did everything I could to try to find him.” 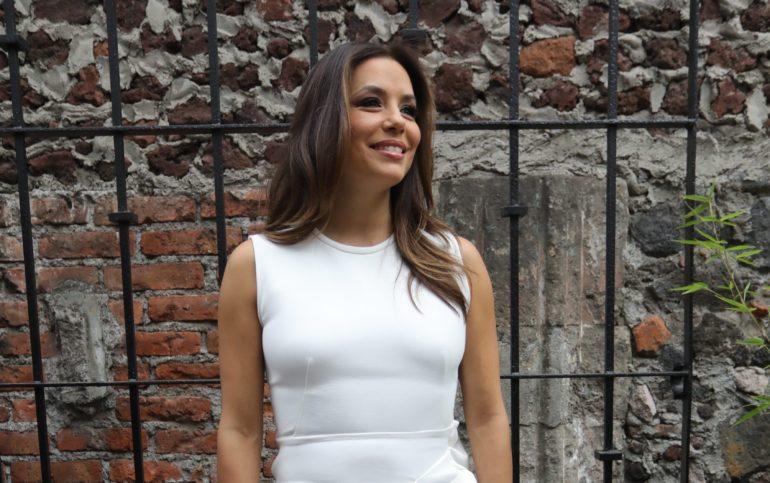