Emmys 2019 Nominations: HBO Back at the Top, as ‘Game of Thrones’ Makes History

LOS ANGELES (Variety.com) – HBO’s back — and the Television Academy has finally got its Schitt together. The Emmy nominations failed to disappoint on Tuesday morning, recognizing critically acclaimed series such as “Schitt’s Creek” and “Fleabag,” and giving TV juggernaut “Game of Thrones” a rousing farewell.

“Thrones” broke the record books this year, scoring an astounding 32 nominations — the most ever for a series in a single year. Previously, “NYPD Blue,” which received 27 nominations in 1994, held that honor.

It’s just the latest history-making turn at the Emmys for “,” which already holds the record for most won by a comedy or drama (47). That’s partly because “Game of Thrones” also boasts the title for most Emmys won by a series in a single season — and it pulled off that feat twice (12, in both 2015 and 2016).

But “Thrones” is also a below-the-line juggernaut, cleaning up in multitudes of categories, including costumes, visual effects, cinematography, editing, hairstyling, makeup, music composition, sound editing and mixing, and so much more.

didn’t stop there. With “Chernobyl” scoring the most nominations for a limited series, and “Barry” landing the second-most noms for a comedy (behind Amazon Prime Video’s “The Marvelous Mrs. Maisel), it was a year to remember for the pay cable giant. HBO’s 137 nominations were the most in the channel’s history, beating Netflix’s 117 — which also happens to be the most in that streaming service’s short reign.

HBO had led all networks in Emmy nominations for 17 consecutive years until last year, when took the leaderboard, with 112 nominations to HBO’s 108. Ultimately, the two outlets tied for the most Emmys actually won in 2018, with 23 awards total.

Netflix has seen its Emmy nomination tally steadily rise in less than a decade, from 13 in 2013 to 54 in 2016 and 91 nominations (and 20 wins) in 2017. The rise has coincided in Netflix’s quick ramp-up of original programming, and in almost every genre imaginable — making it a player in virtually every category.

This year, Netflix’s haul was helped by programs including “When They See Us,” “Russian Doll,” “Our Planet,” and “Ozark.”

The tallies also revealed the differing program strategies at HBO and Netflix. HBO scored the most nominations via 23 programs, while Netflix’s tally was spread across 40 different programs. That volume strategy may ultimately continue to serve Netflix well in the coming years, while HBO will continue to rely on a more targeted list of shows to resonate with voters.

HBO may have had fewer contenders, but the pay cabler spread out its dominance: It has two nominees each in comedy, drama and limited series, and three contenders in TV movie.

This year, HBO may also have a leg up when it comes to actual wins during the Creative Arts and Primetime Emmy ceremonies in September. With “Game of Thrones,” “Veep,” “Deadwood: The Movie” and “Last Week with John Oliver” believed to be the front runners in their respective categories, along with several others, the WarnerMedia pay cable network is expected to have a good night. Netflix, meanwhile, is still in the hunt for its first major series win, and all those nominations mean there’s a good chance some of its contenders might cancel each other out.

Given their rival triple-digit nomination tallies, it might seem as if it’s only a two-network race. And Netflix and HBO would probably like you to think that way. But other networks having a good day included Amazon, which doubled its nomination haul from 22 to 47; AMC, which is back in the game with 11 (after only receiving 1 last year); CNN, which jumped from 10 to 17; VH1, which hit a new network best with 14; and Pop, which is riding high with its four “Schitt’s Creek” nods.

The haul for “Marvelous Mrs. Maisel,” at 20 nominations, gives the Amazon comedy — the incumbent outstanding comedy series winner — some major momentum as it heads into Emmy Phase 2 voting and faces off against the category’s other favorite, HBO’s “Veep” (which landed nine nominations in its final season).

But other than “Maisel,” “Veep” and “Barry” (which landed its second consecutive comedy series nomination), the category is full of fresh entrants. Amazon’s “Fleabag,” NBC’s “The Good Place,” Netflix’s “Russian Doll” and Pop TV’s “Schitt’s Creek” all landed their first outstanding comedy series nominations — a triumph for the critics and fans that have celebrated those shows.

The drama side is also enjoying an infusion of new blood. Besides returning winner “Game of Thrones” and perennial nominees “Better Call Saul” (AMC) and “This Is Us” (NBC), both of which have been nominated every year they’ve been eligible, the deck is filled with first timers. Competing for the first time in outstanding drama are Netflix’s “Bodyguard,” BBC America’s “Killing Eve,” Netflix’s “Ozark,” FX’s “Pose” and HBO’s “Succession.”

But there was also room for some old favorites as well — including “Schitt’s Creek” star Eugene Levy, enjoying his first Emmy nomination since 1983.

Meanwhile, it was another trying year for the broadcast networks. Despite still being the home for the Emmy telecast, the Big 4 saw their overall fortunes dip again this year — mostly because of a drop at NBC.

The Peacock network still boasts one of the most-nominated series in all of TV, “Saturday Night Live,” which scored 18 nominations this year. But overall, NBC’s tally dipped from 78 last year to 58 this year. CBS (35 to 43) and Fox (16 to 18) were up ever so slightly, while ABC (31 to 26) also saw a net loss. PBS (9 to 4) also dropped, while the TV Academy once again almost completely ignored The CW (which scraped together two nominations — granted, a boost from last year’s 0). 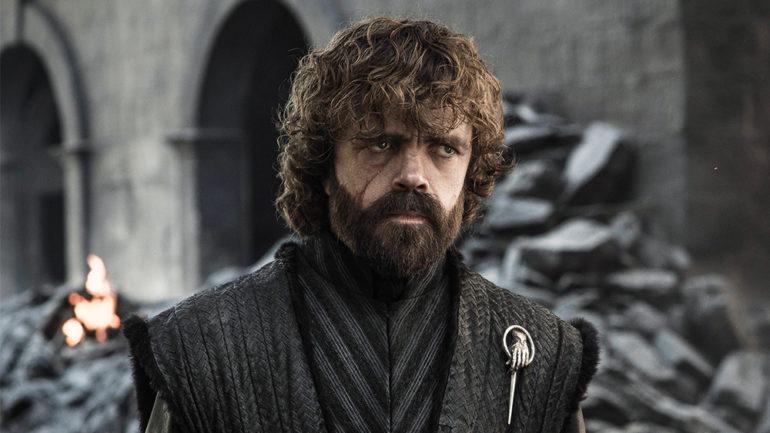