LOS ANGELES (Variety.com) – With less than a month to go, has uncensored his list of duet partners on the “No.6 Collaborations Project” album that’s due out July 12 and, not surprisingly, Justin Bieber is far from the only superstar in the bunch. It’s heavy on urban music giants, with Travis Scott, Khalid, Eminem, Cardi B, Chance the Rapper and Meek Mill all represented as “features.”

If you were wondering why the blacked out parts on the previously released version of the list were so long in some cases, there’s an explanation: several tracks include more than one guest. Most intriguingly, perhaps, Bruno Mars and country star Chris Stapleton share the closing track, “Blow.” Meanwhile, Camila Cabello and both join in on “South of the Border.” and 50 Cent reunite on “Remember the Name,” which (surprise) gets an “explicit” tag.

“Before I was signed in 2011, I made an EP called ‘No.5 Collaborations Project’,” he wrote on Instagram. “Since then, I’ve always wanted to do another, so I started ‘No.6’ on my laptop when I was on tour last year. I’m a huge fan of all the artists I’ve collaborated with and it’s been a lot of fun to make.” He added that the album will go up for pre-order at midnight “and my song with @chancetherapper and @pnbrock will be out everywhere at the same time.” 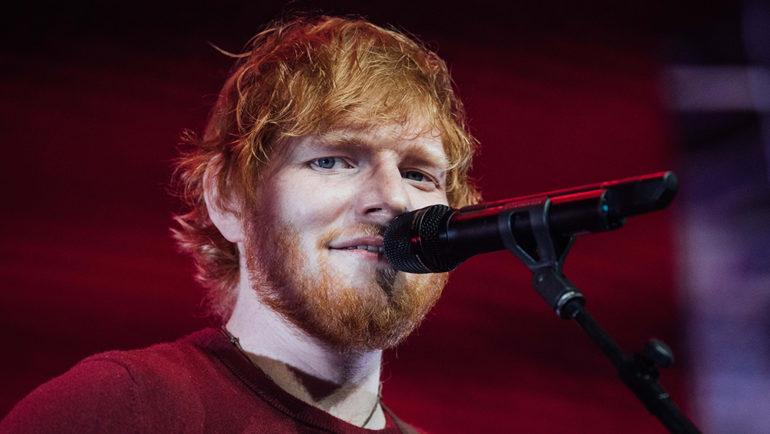