LOS ANGELES (Variety.com) – Doris Day, one of Hollywood’s most popular stars of the 1950s and ’60s who was Oscar-nommed for “Pillow Talk” and starred in her own TV show, has died. She was 97.

The Animal Foundation confirmed the legendary actress-singer died on Monday at her Carmel Valley, Calif. home.

Though she was marketed as a wholesome girl-next-door type, the comedies for which she was most well-known were actually sexy and daring for their time, and her personal life was tumultuous, with four marriages and a notorious lawsuit.

The vivacious blonde, who also had a successful singing career, teamed with Rock Hudson in “Pillow Talk” and other lighthearted romantic comedies including “Lover Come Back” and “Send Me No Flowers.” Her other significant screen roles included Alfred Hitchcock thriller “The Man Who Knew Too Much” (1956), co-starring James Stewart and featuring Day’s Oscar-winning song “Que Sera Sera (Whatever Will Be, Will Be”); and “The Pajama Game” (1957), based on the Broadway musical.

After many successful films, she starred on CBS in “The Doris Day Show” for five years starting in 1968, and soon after retired to Carmel, Calif. She released 29 albums, most recently “My Heart,” which consisted of previously unreleased songs, in 2011.

In her autobiography, “Doris Day: Her Own Story,” she caused something of a stir while promoting the book by rejecting the “girl next door” and “professional virgin” labels so often attached to her. In the 1975 book she remarked: “The succession of cheerful, period musicals I made, plus Oscar Levant’s highly publicized comment about my virginity (‘I knew Doris Day before she became a virgin’), contributed to what has been called my ‘image,’ which is a word that baffles me. There never was any intent on my part either in my acting or in my private life to create any such thing as an image.”

But her rise in popularity coincided with World War II and the Korean War, and she quickly became a favorite with servicemen. Day leapt into the spotlight in 1945 with the release of her hit song “Sentimental Journey,” recorded with Les Brown and His Band of Renown; the song became symbolic for G.I.s returning from WWII to their families. She had also done early vocal work with the big bands of Barney Rapp and Bob Crosby. She had a second hit record with “My Dreams Are Getting Better All the Time.”

After she separated from her second husband, George Weidler, in 1948, Day apparently intended to leave Los Angeles and return to her mother’s home in Cincinnati. Her agent, Al Levy, convinced her to attend a party at the home of composer Jule Styne. There she performed the song “Embraceable You,” impressing Styne and partner Sammy Cahn; they recommended her for a role in “Romance on the High Seas,” on which they were then working for Warner Bros. The main role was to be recast after Betty Hutton exited due to pregnancy, and Day got it.

The Michael Curtiz-directed musical comedy, her debut feature film gig, provided her with another hit recording, the Oscar-nominated “It’s Magic.” Day starred in a number of Curtiz films in the early and mid-’50s, among them “Young Man With a Horn” with Kirk Douglas and Lauren Bacall.

In the early ’50s she made a series of nostalgic period musicals for Warner Bros., including “Tea for Two,” “On Moonlight Bay” and “By the Light of the Silvery Moon,” for Warner Brothers. Attempting to cut loose from her dainty image, Day began accepting more nuanced parts, including her favorite role as Western tomboy Calamity Jane in director David Butler’s 1953 film of the same name.

The New York Times called Day’s performance in the Hitchcock’s “The Man Who Knew Too Much,” in which she was well cast as a retired singer, “surprisingly effective.”

Day was apparently not an immediate fan of “Que Sera Sera” and expressed doubts about the durability of the tune that would become her signature song. It was, however, used again in two more Day films — “Please Don’t Eat the Daisies” (1960) and, in a brief duet, in “The Glass Bottom Boat” (1966) — and was subsequently used as the theme song for her CBS TV show.

Day also teamed with James Garner onscreen in 1963’s “The Thrill of It All” and “Move Over, Darling.”

Her last film, 1968’s “With Six You Get Egg Roll,” in which she starred with Brian Keith, was released in the same year as the successful Lucille Ball-Henry Fonda comedy “Yours, Mine and Ours,” employing a very similar premise of two people with children from previous marriages coming together.

It was also significant because of the ambiguity of certain scenes that could be interpreted as meaning that the central characters slept together before marriage — a first for a Day character and interesting at a time when comedians were calling her the world’s oldest virgin. She was offered the role of Mrs. Robinson in “The Graduate,” which could have gone a long way to modernizing what had become a square image, but turned it down because she thought the sexual relationship was exploitative.

Born Doris Mary Kappelhoff in Evanston, Ohio, Day was initially interested in dancing but a car accident when she was 13 ended the possibility of such a career. She began singing as a teenager after joining a local dance band, which renamed her Doris Day in honor of her song “Day After Day.” Until her birth certificate surfaced in 2017, she was often reported as having been born in 1924.

Her first marriage was to trombonist Al Jorden in 1941, who she was said to have left because of his abusiveness. They had a son, Terry, who was adopted in 1951 by Day’s third husband, agent Marty Melcher, and later became a successful music producer in the 1960s and ’70s, working with the Beach Boys and Randy Newman. Day’s second marriage to Band of Renown saxophonist Weidler lasted only eight months.

Husband Melcher and his business partner, Jerome Bernard Rosenthal, secretly squandered her earnings, however, and she won a $22 million judgment against Rosenthal in 1974 (Marty Melcher was already dead), though the case dragged on for years. Son Terry Melcher, who died in 2004, is often mentioned in connection to the Manson murders, as Sharon Tate was killed in the house that he had been renting and he had met Charles Manson when he was an aspiring musician.

Day was married to restaurant maitre d’ Barry Comden from 1976-81. In 1985 she briefly hosted her own talkshow, “Doris Day’s Best Friends,” on CBN. She received the Golden Globes’ Cecil B. DeMille Award for lifetime achievement in motion pictures in 1989 and was awarded a lifetime achievement Grammy in 2008, though she did not attend the latter ceremony.

In 2004, Day was awarded the Presidential Medal of Freedom; she opted not to attend the ceremony because of a fear of flying. For the same reason Day did not accept an invitation to be a recipient of the Kennedy Center Honors, she said on her website.

In Carmel, she became an animal rights advocate and created the Doris Day Animal Foundation. While Day was reluctant to speak to the press or travel to Los Angeles for appearances, she was not a recluse despite reports to the contrary.

She is survived by her grandson Ryan. 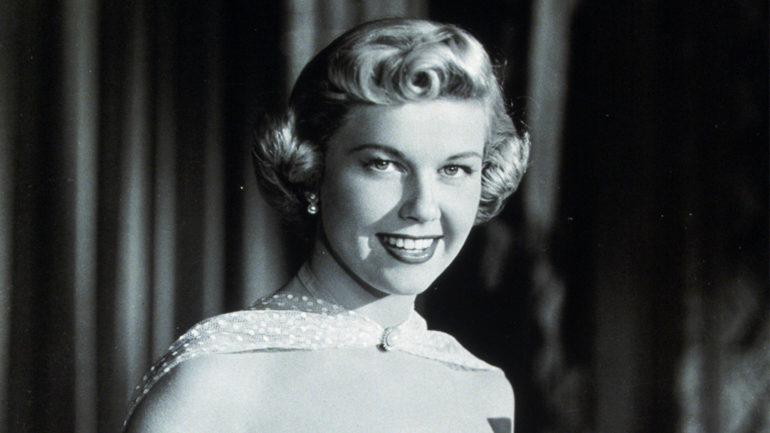