LOS ANGELES (Variety.com) – Donald Trump Jr., and girlfriend Kimberly Guilfoyle have further solidified their tabloid-tracked romantic relationship with the multimillion-dollar purchase of a multi-acre estate in one of the more prestigious communities in the Hamptons. 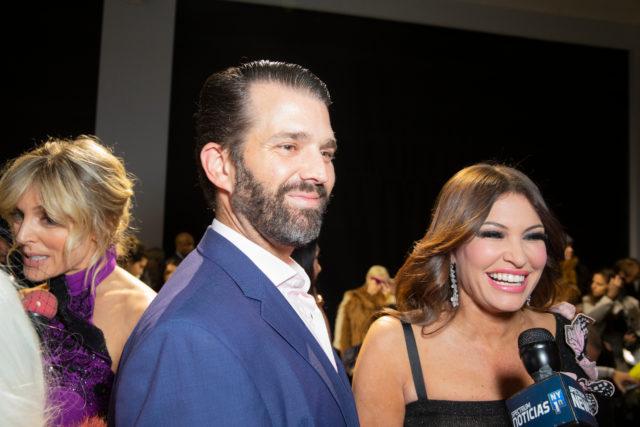 The semi-rural, pond-front spread was last listed at a smidgen less than $4.5 million and an anonymous but apparently well-placed source snitched to the open-eared property gossips at the New York Post the real estate heir and GOP politico closed on the Bridgehampton, New York, spread at $4.4 million. The property was listed with Susan Breitenbach at Corcoran . 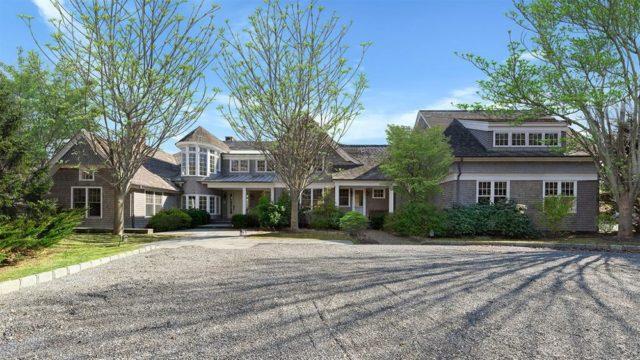 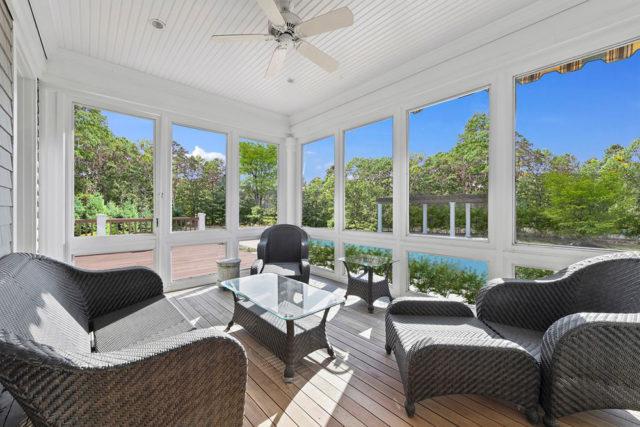 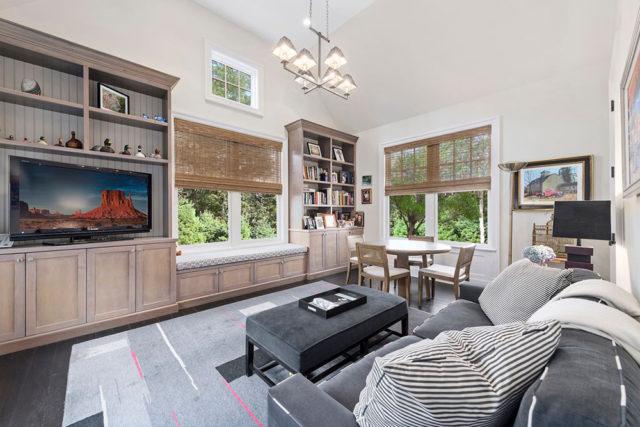 Part of a discreet, gated enclave, the serene, 3.9-acre pond-front property is accessed via a long and picturesque private lane that runs alongside an open field before it splits off into two gravel motor courts, one in front and the other around the side for garage access and informal entry.

The sprawling, cedar-shingled post-modern tinged version of a quintessential Hamptons “cottage” was built in 2008 and done up in a traditional, generically luxurious manner well suited to a little-used vacation residence designed for a large family in an exorbitantly priced beach community. It has seven bedrooms and eight full and three half bathrooms in roughly 9,200 square feet over three floors. 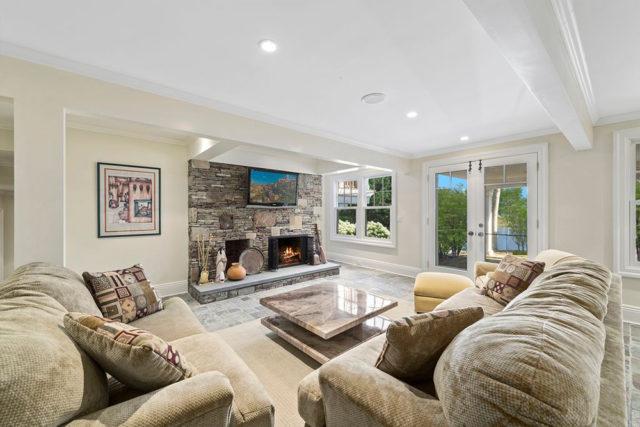 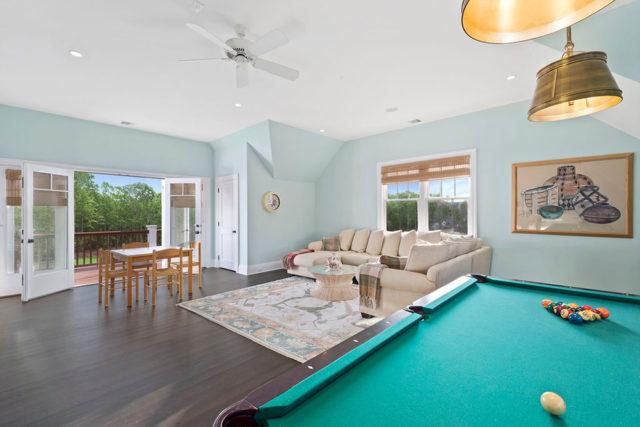 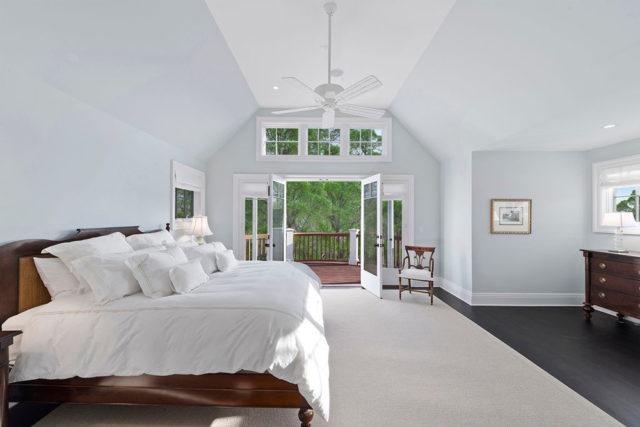 A grand foyer leads to a double-height living room with towering stone fireplace and a separate dining room. More family-oriented spaces include a high-end kitchen configured around a huge, granite-topped center, a semi-circular breakfast room and a screened porch that overlooks the swimming pool. There are also several casual lounges sprinkled throughout the house and, according to the NY Post, the couple plans to add a dedicated room for Trump Jr., a vociferous gun enthusiast and hunter, to store a cache of firearms.

Six en suite guest and family bedrooms will comfortably accommodate the unmarried pair’s total of six children from previous marriages, while Trump Jr. and Guilfoyle will bunk down under a cathedral ceiling in an airy main floor master suite replete with fireplace and semi-circular sitting area. The bedroom opens to a deck with a through-the-tress pond view and the reasonably roomy, beige travertine-tiled bathroom incorporates a garden tub, steam shower and dedicated make-up vanity. 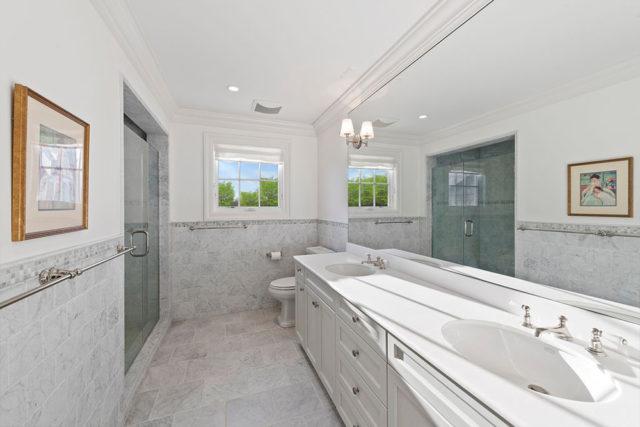 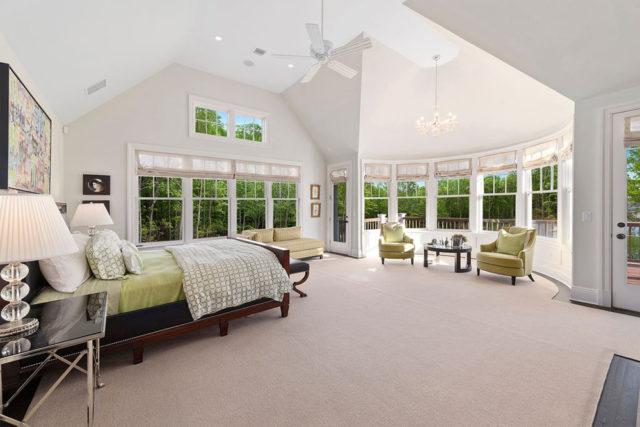 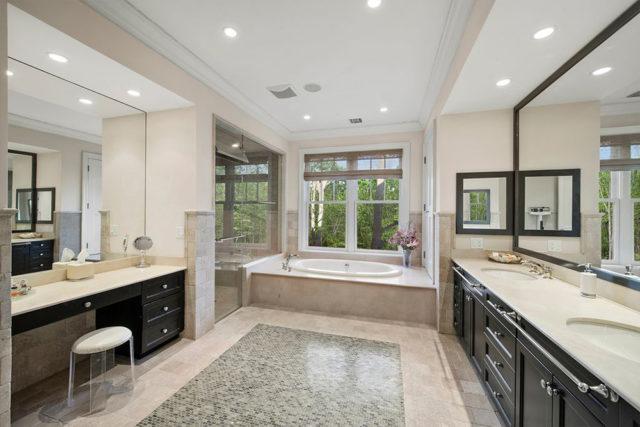 A broad mahogany deck runs along the back of the house and steps down to a stone terrace around a heated swimming pool and spa. Meanwhile, the secluded estate’s park-like grounds encompass several lush swathes of lawn wound around tight stands of mature specimen trees and direct access to a 25-acre spring-fed pond shared with only about two dozen other residences. 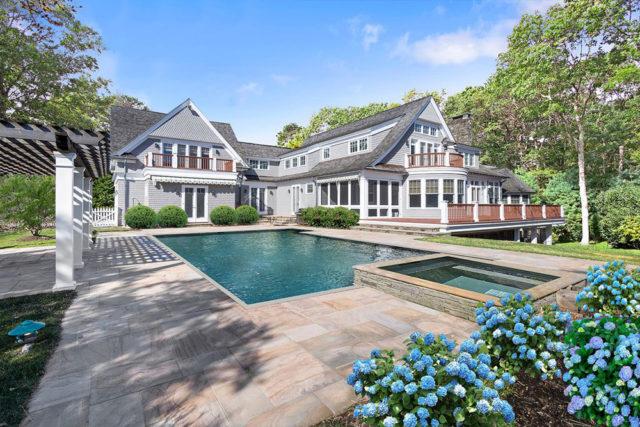 Trump Jr., who continues to own a three-unit combination in a luxury Midtown high-rise he previously shared with ex-wife Vanessa Trump and their handful of kids, frequently hops around to one or another of the lavish homes his father owns, including the unapologetically aristocratic, 230-acre Seven Springs estate in New York’s Westchester County, while Guilfoyle, a former Fox News co-host previously married to California governor Gavin Newsom, a democrat who, coincidentally enough, slicks his long hair back in a remarkably similar fashion as Trump Jr., shelled out almost $3.4 million in late 2014 for a seven-room co-operative unit in one of the more distinguished pre-war apartment houses that line Central Park West. 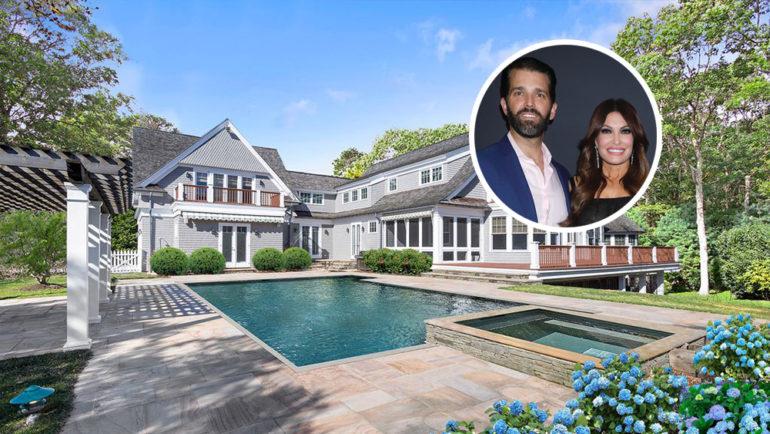