LOS ANGELES (Variety.com) – Milton Quon, an animator who worked on “Fantasia” and “Dumbo,” died of natural causes at his home in Torrance, Ca., on June 18. He was 105.

His son, artist Mike Quon, told Variety that his father was drawing up until his last days. He also acted in movies including “Speed,” “Chill Factor,” “Sweet Jane,” “The Cat Killers” and the TV series “NYPD Blue” in addition to working as a Disney publicity executive. He described his “Speed” character in a 2005 interview as the “token Asian on the bus.”

Mike Quon said his father maintained a sense of humor throughout his life. When asked about the secret to his longevity, he would reply, “A good wife and Chinese food.”

Quon was born in Los Angeles as the eldest of eight children and the only son of immigrants from Canton, China. He was encouraged by an uncle to pursue a career in art, before receiving a scholarship to the Chouinard Art Institute. Soon after, he began creating menus and producing design work for restaurants in the Chinatown district in Los Angeles.

Quon joined Walt Studios in 1939 soon after graduation from Chouinard as the third Chinese-American to be hired by the studio. He worked on the “Waltz of the Flowers” and the “Arabian Dance” scenes in “” and as first assistant animator on “.”

Quon also headed a team of artists at Douglas Aircraft during World War II, working on illustrations for repair manuals for its planes. He returned to Disney after the war and ran its publicity/promotions department, including performing artwork for films including “Make Mine Music” and “Song of the South.”

Quon joined the advertising agency BBD&O as art director in 1951. He worked as senior design artist at Sealright Co., from 1964 until his retirement in 1980. He taught drawing, painting and advertising courses at Los Angeles Trade-Technical College from 1974 to 1989.

The Chinese American Museum in Los Angeles presented a retrospective exhibit of his work in 2005. He received the Golden Spike Award from the Chinese Historical Society of Southern California in 2013 and was featured in a father and son art exhibition in Red Bank, New Jersey, with his son Mike and in a solo exhibition at Santa Monica College’s Emeritus Gallery.

Survivors include his widow, Peggy; children Mike, Jeff, Tim and Sherrill; and four grandchildren. The family has asked that donations in his memory be made to the Chinese American Museum, the Chinese Historical Society of Southern California and the South Bay Presbyterian Church of Torrance. 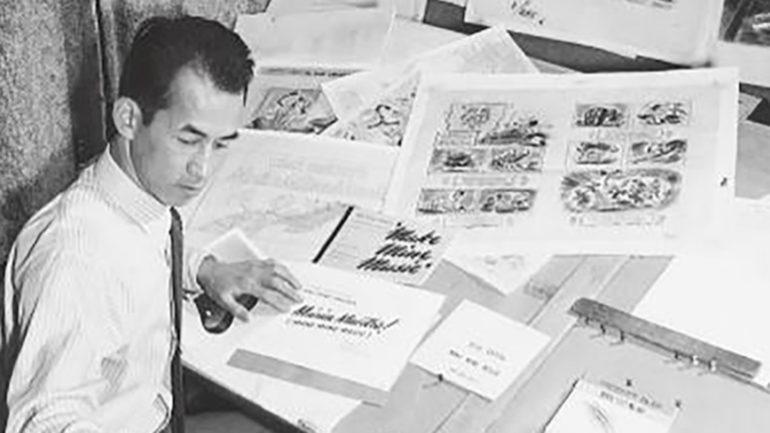