LOS ANGELES (Variety.com) – Impeccably placed celebrity real estate tattletale Wanda Letyuhno snitched that rather than pack up and move to a larger home, “My Best Friend’s Wedding” and “August: Osage County” star Dermot Mulroney, who more recently had recurring roles on the long-running sitcom “New Girl” and the Showtime dramedy “Shameless,” opted to spend $2.065 million to acquire a neighboring property to one he already owns on a tree- and bungalow-lined street near the less fancy but still sought after western border of L.A.’s historic and haughtily genteel Hancock Park neighborhood. 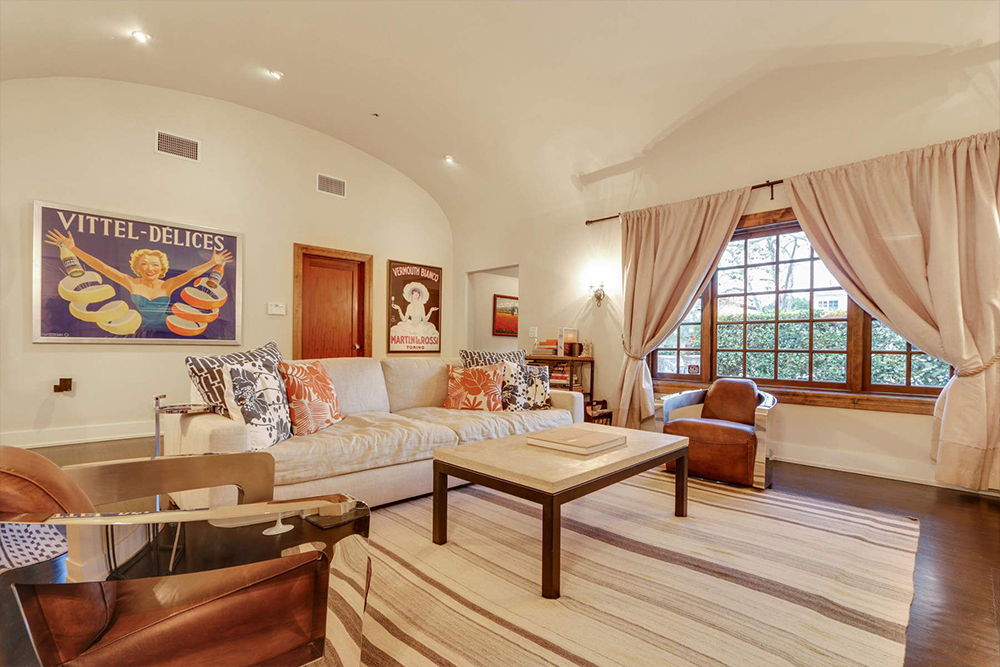 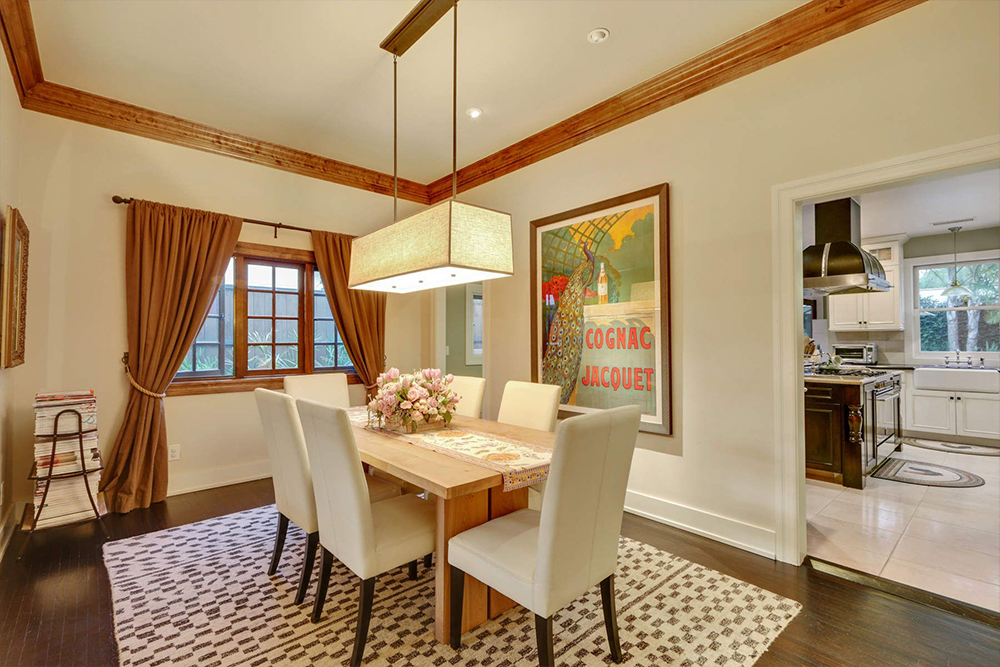 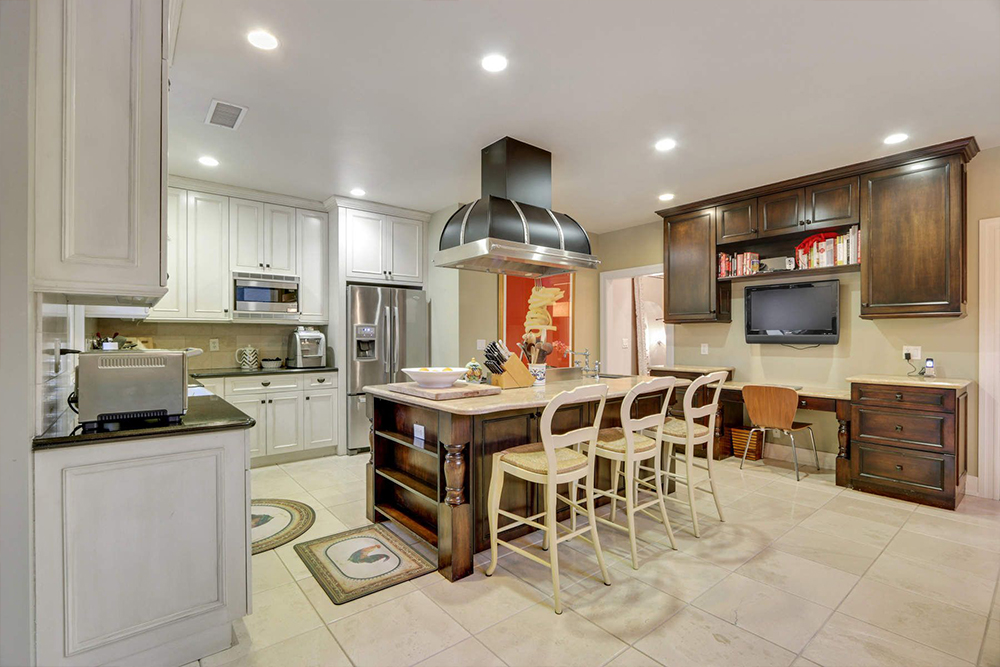 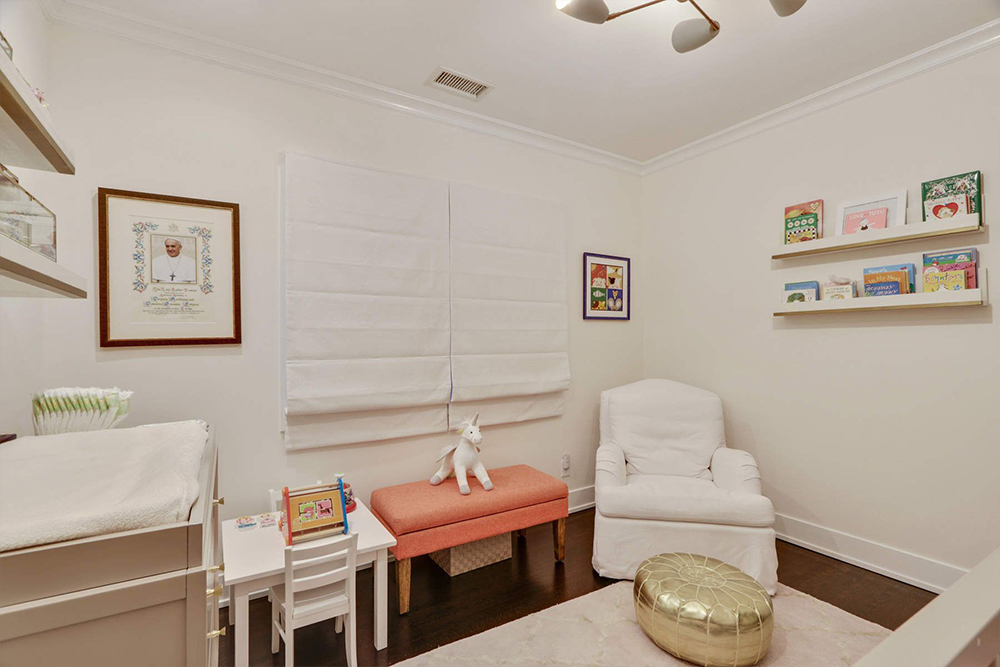 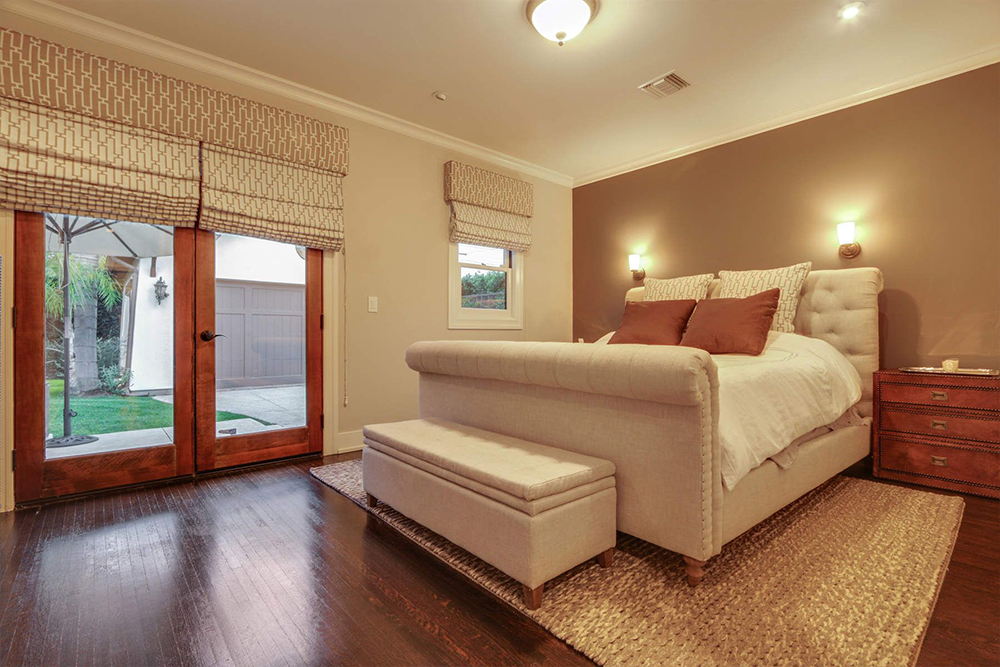 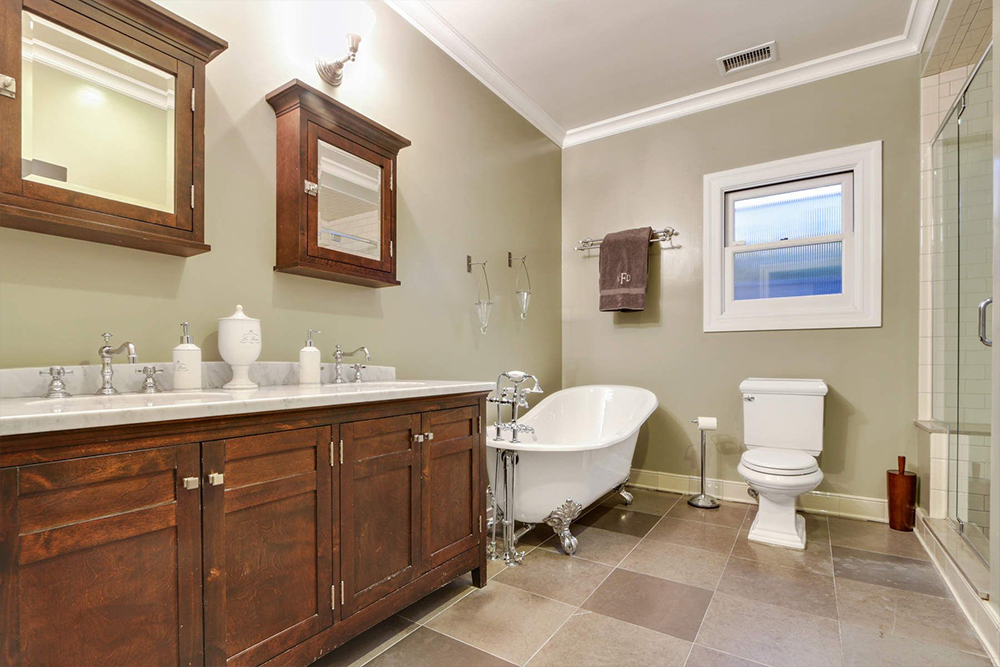 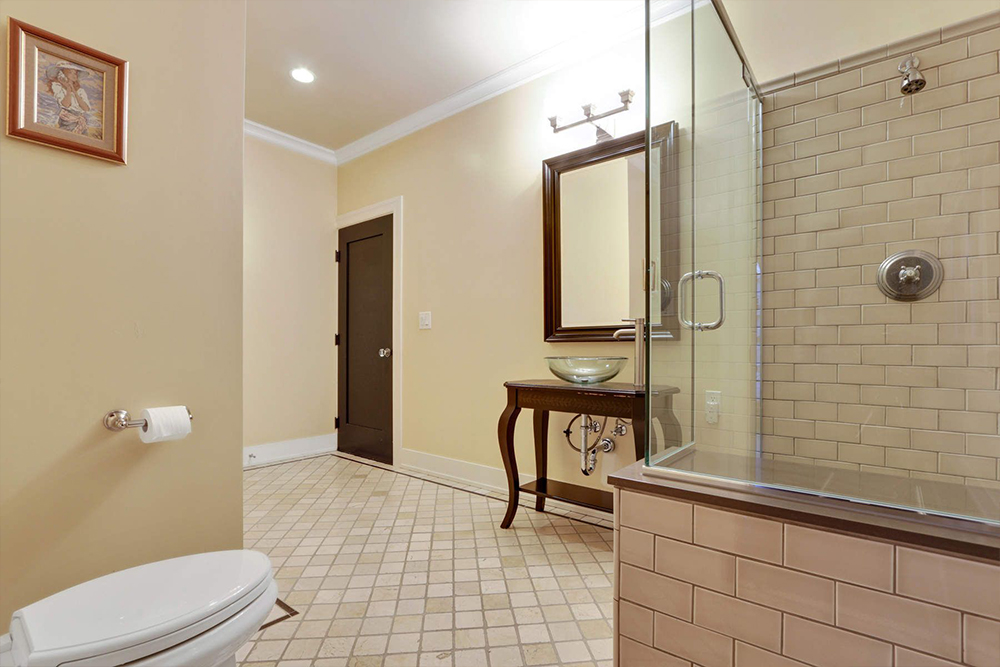 The updated 1920s Spanish bungalow, with three bedrooms and two bathrooms in 2,075 square feet, is approached through a hedge-lined courtyard. A small entrance hall opens to an amply proportioned, almost square living room with soaring, 14-foot barrel vaulted ceiling and elaborate carved stone mantelpiece and the adjoining dining room links through to an eat-in kitchen arranged around a center island with stone countertops on a mix of dark brown and white cabinetry.

Wood-trimmed French doors provide easy access to the backyard from the kitchen. 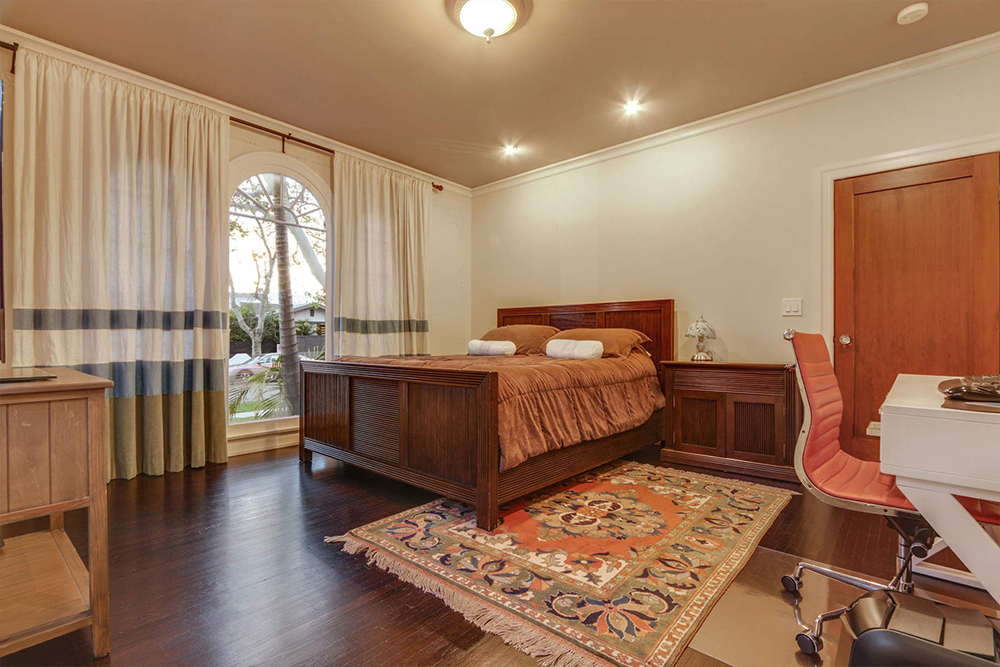 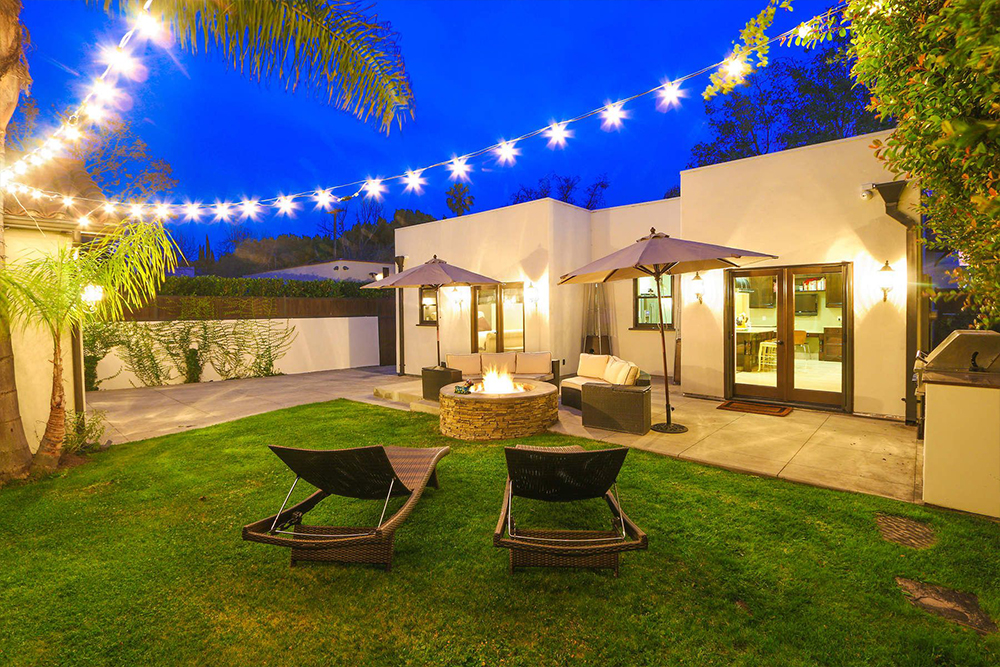 Two guest bedrooms, one with a pretty row of three arched windows, share a sizable hall bathroom while the master bedroom, which opens out to the backyard through wood-trimmed glass doors, has its own bathroom with marble-topped double-sink vanity, claw-footed tub and separate shower. The backyard isn’t particularly big but manages to squeeze in a detached two-car garage accessible by a long, gated driveway that runs along one side of the property along with a wee patch of grass and a roomy terrace outside the master bedroom and kitchen equipped with a built-in grill and fire pit. The sellers, represented by Joy Denton at Sotheby’s International Realty , replaced a spa that had been wedged into the yard’s rear corner with a couple of raised planting beds for a kitchen garden. 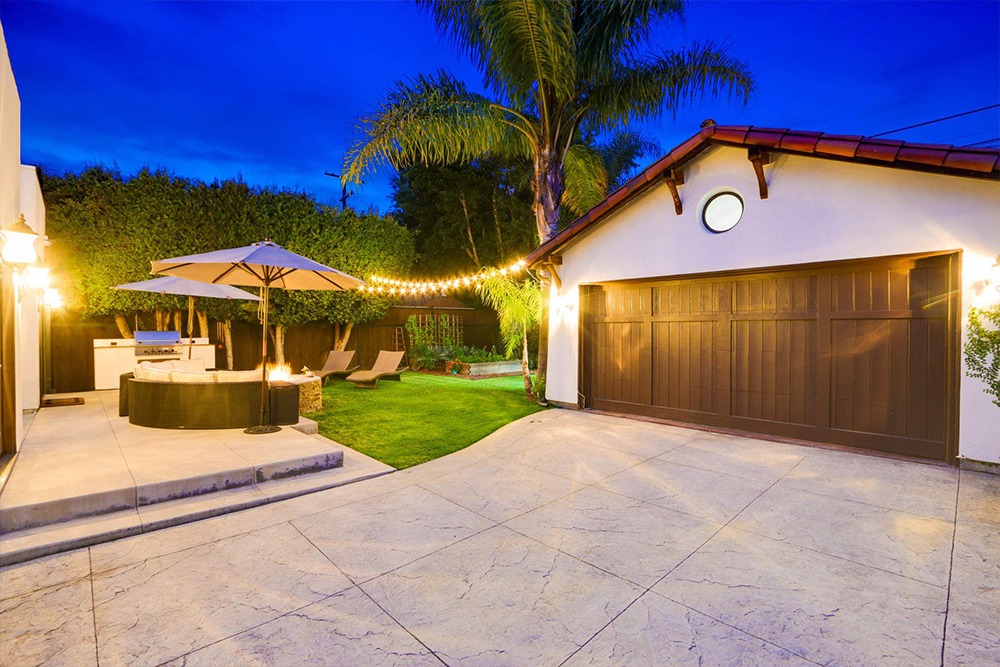 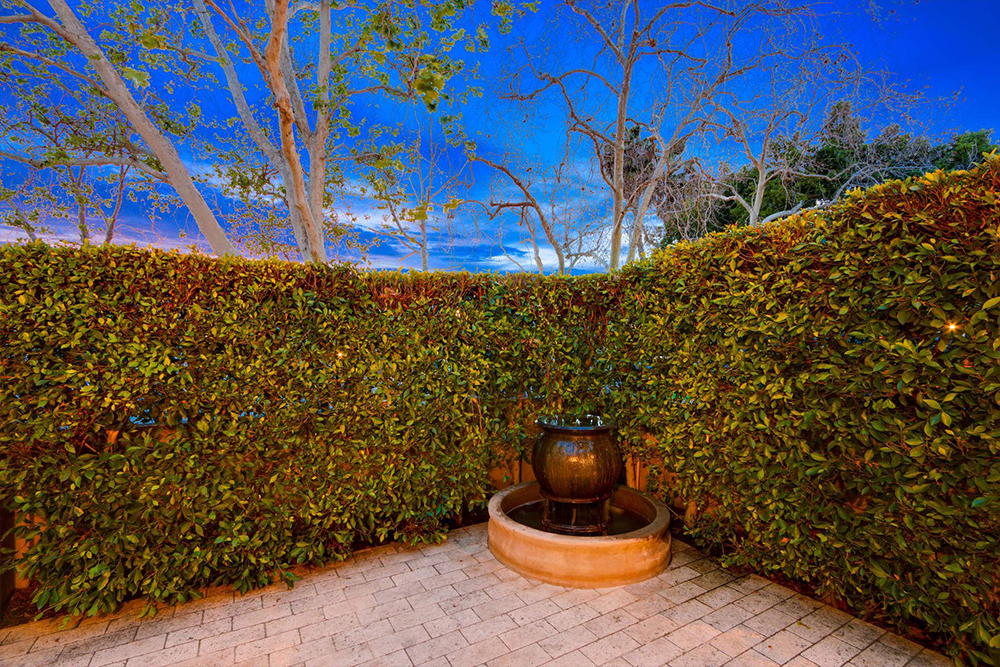 The neighboring house, which Mulroney quietly acquired in late 2016 for $1.66 million, is a four-bedroom and 4.5-bathroom two-story Spanish bungalow with detached poolside loggia that was previously owned by late fashion designer Christian Audigier. So the scuttlebutt goes, Mulroney will combine the two properties into a single compound. 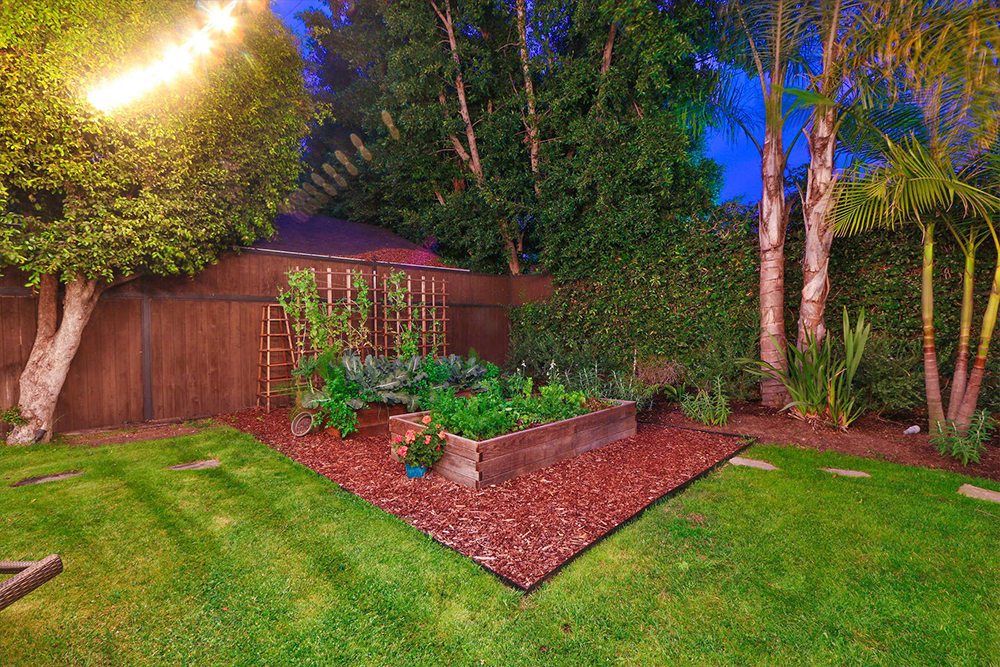 The versatile and arguably underappreciated actor, an accomplished cellist scheduled to appear later this year on the silver screen opposite Bella Thorne in the apocalyptic silver screen thriller “I Still See You,” sold a shingled traditional cottage in Venice, Calif., in 2016 for $2.4 million but continues to hang on to a two-story Craftsman bungalow with detached guesthouse hidden behind a forbiddingly high hedge and secured entry gate on a street-to-street lot in the Santa Monica’s Ocean Park neighborhood that he’s owned since 2004 when he picked it up for $2.5 million. 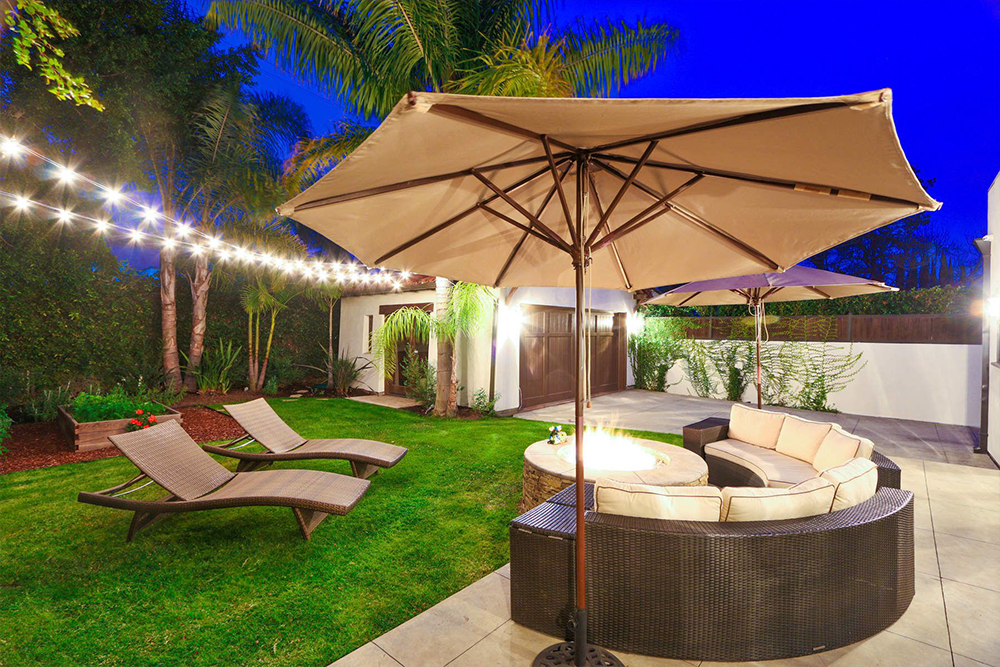