LOS ANGELES (Variety.com) – English comedian and acclaimed children’s book author David Walliams, since 2012 a judge on “Britain’s Got Talent” and beloved by comedy lovers for his mid-2000 partnership with actor Matt Lucas on the scandalously crude BBC One sketch comedy series “ Little Britain ,” hoisted his celeb-pedigreed home in London’s pricey, boho-chic Belsize Park up for grabs with a £5.35 million (US$7.15 million) asking price. Walliams purchased the four-story semi-detached townhouse-style residence in 2005 for £2.98 million — not quite $4 million at today’s exchange rates — and later lived there quietly with his now ex-wife, Dutch model Lara Stone. However, in the late 1990s the house was a notorious party pad owned by Oasis’s Noel Gallagher who famously christened the house “Supernova Heights” after the BritPop band’s 1996 “ psychedelic masterpiece ” “ Champagne Supernova .” 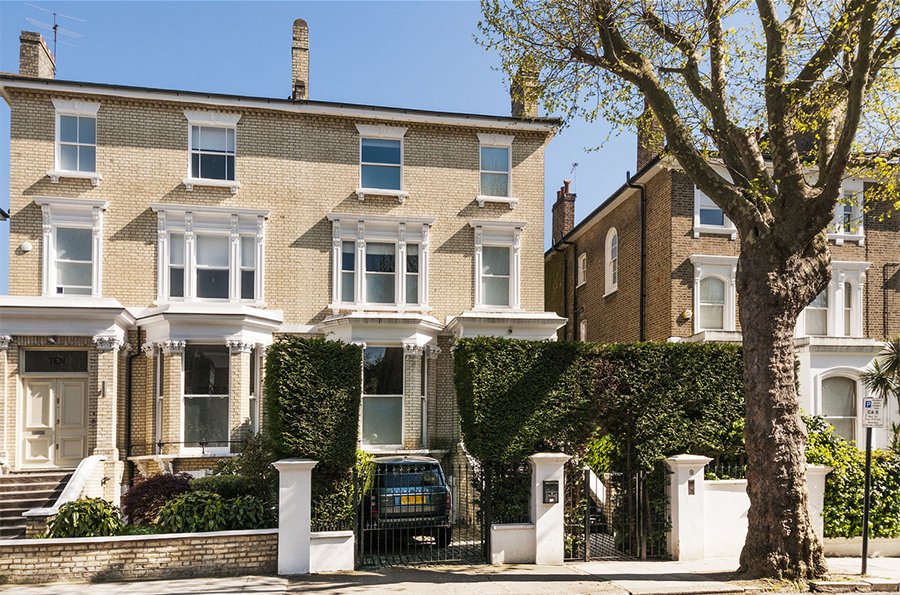 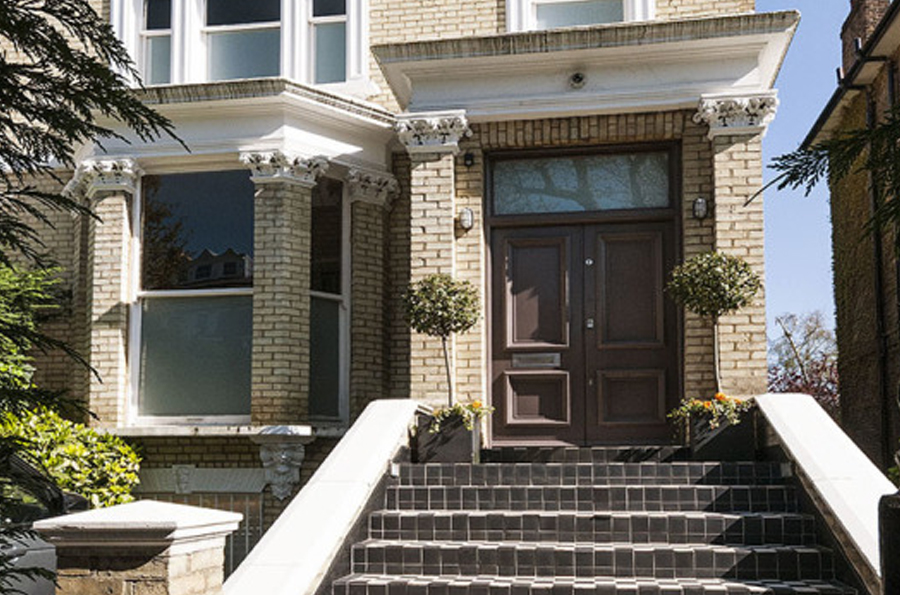 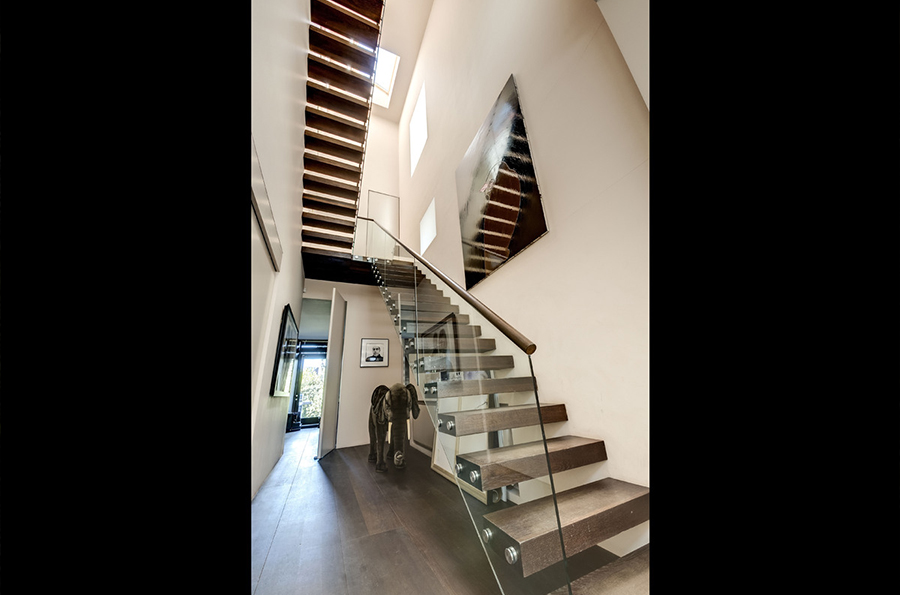 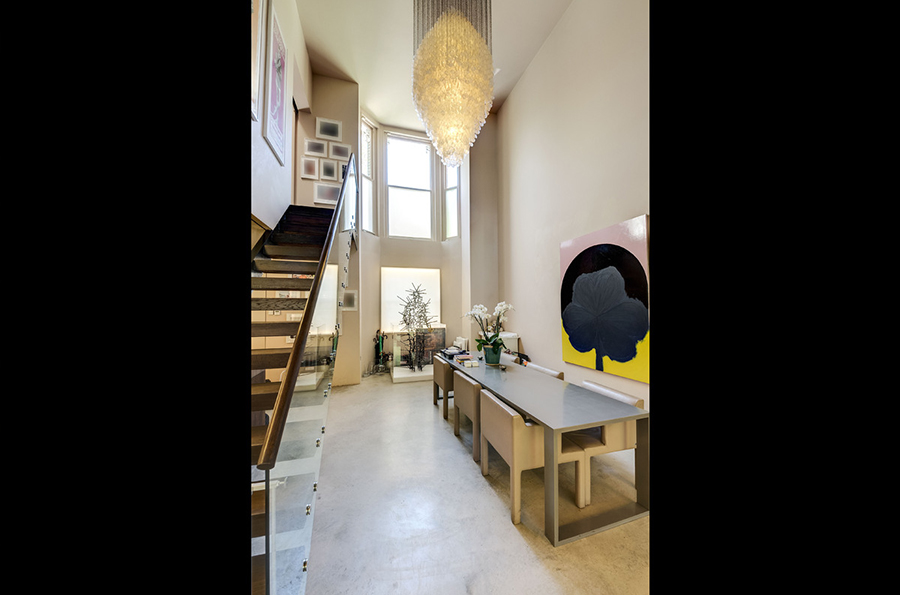 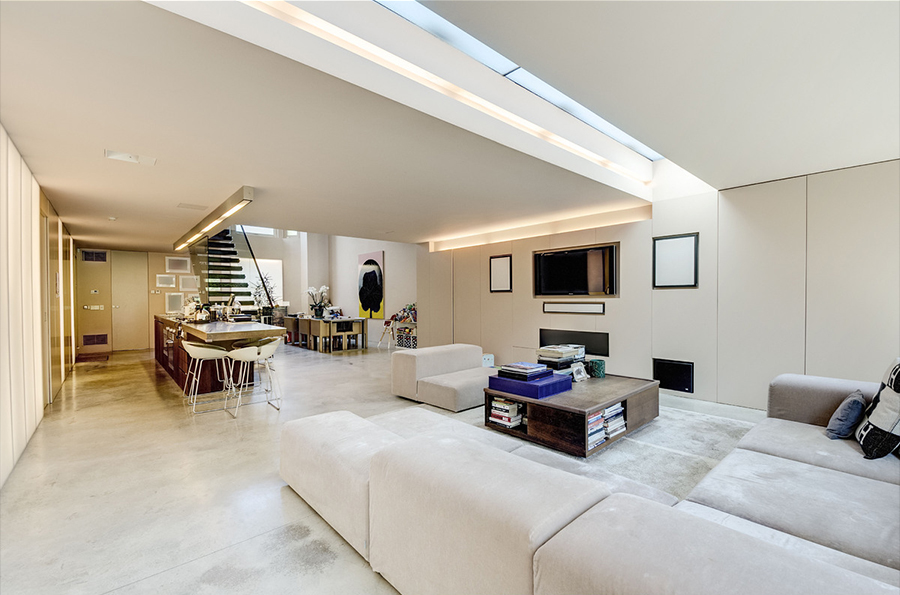 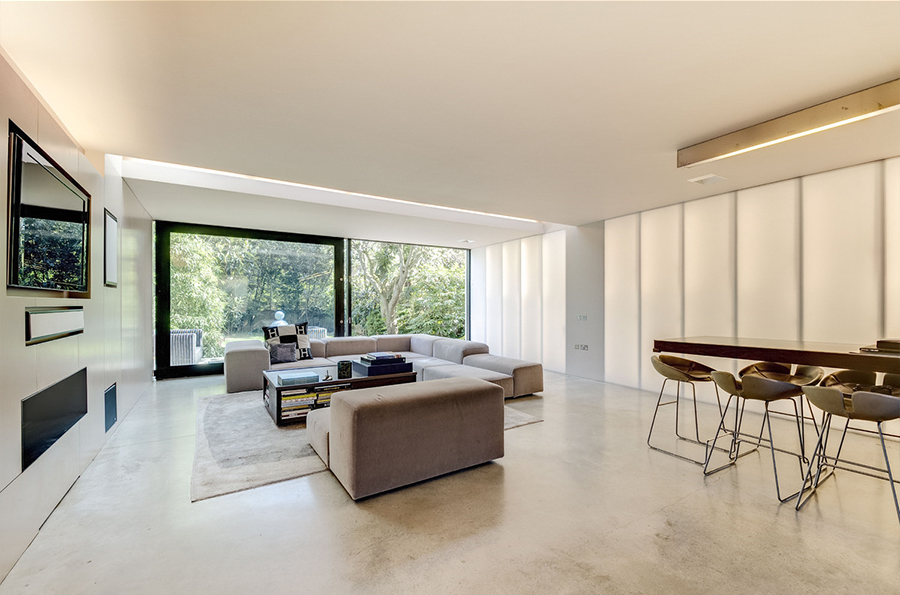 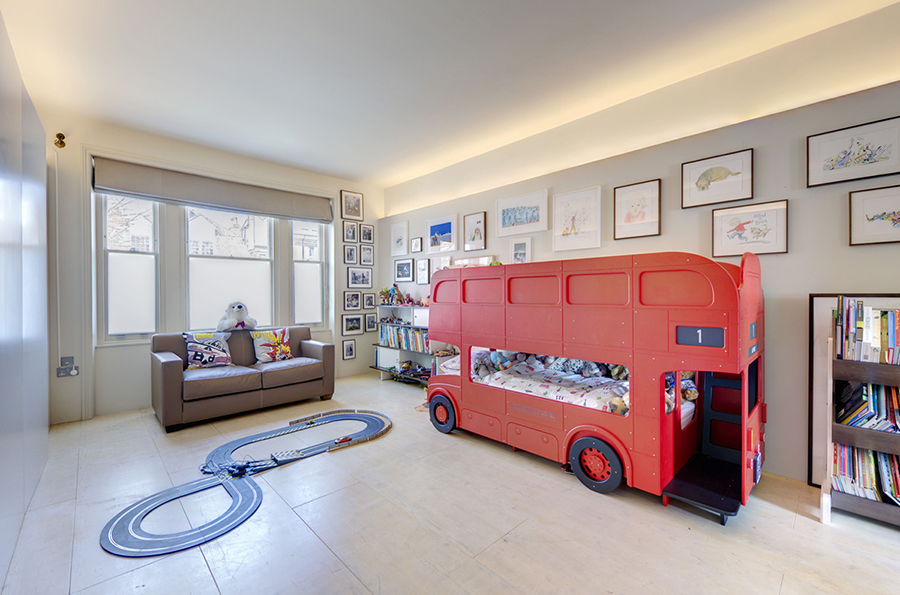 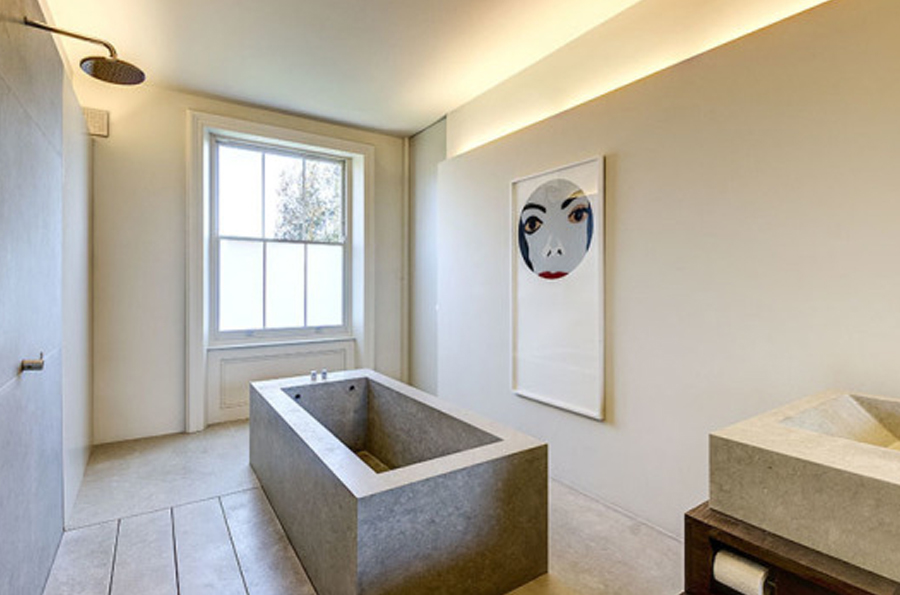 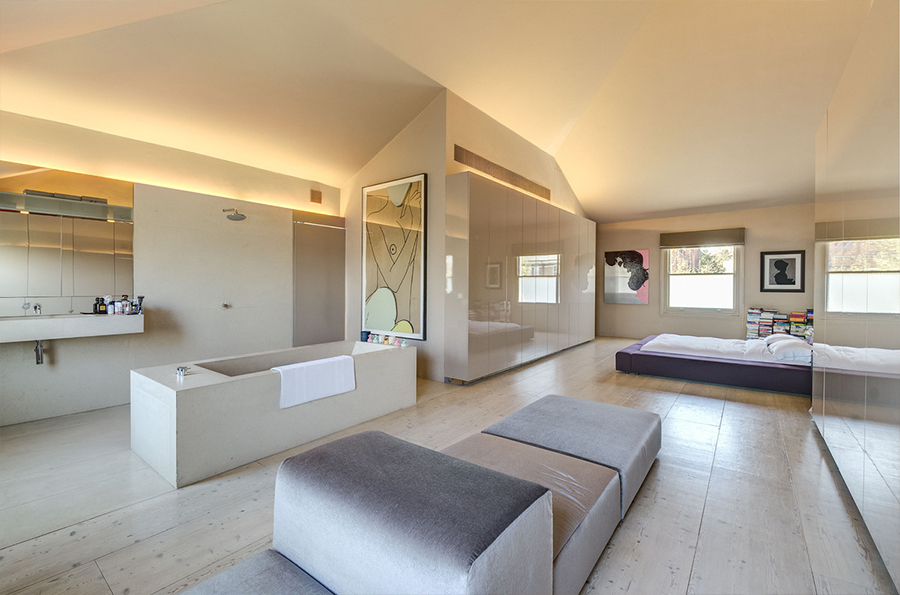 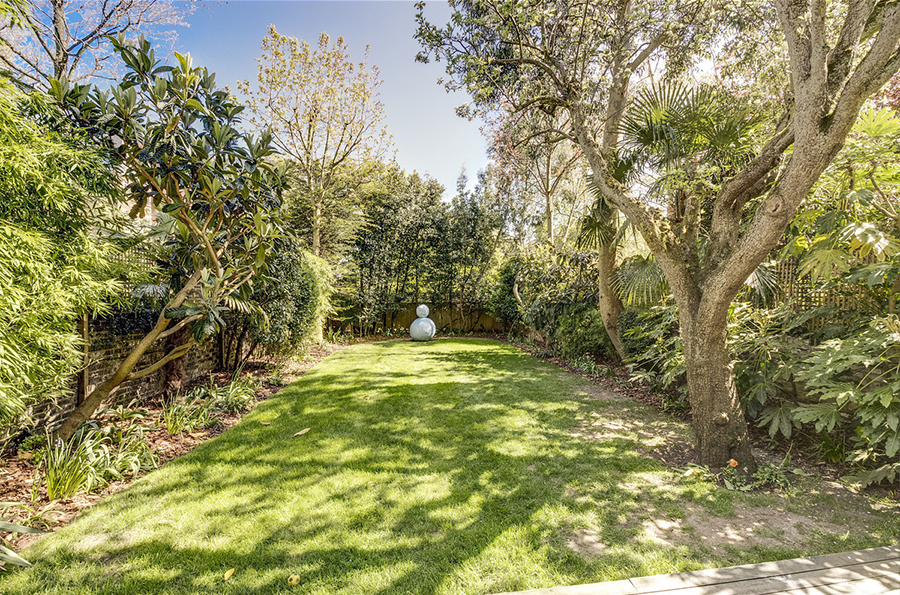 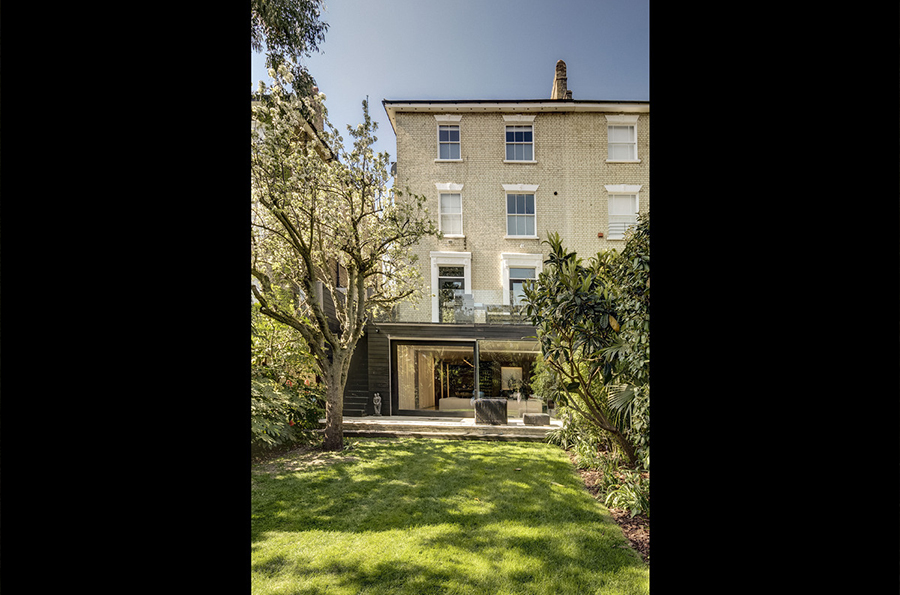 Somewhat obscured by a tall hedgerow behind secured entry gates, the restored Victorian façade belies crisply austere yet comfortably livable spaces where, according to online marketing materials, “ceilings and floors were removed to make vaulted rooms as well as spectacular double and triple volume areas.” There are three bedrooms and two full and two half bathrooms.

Front doors set into a raised stoop entrance open to an exceptionally voluminous entrance gallery with clean, art-friendly expanses of chalky white walls, ashy brown wide-plank floorboards and a courageously engineered glass and wood open-tread staircase that makes a vertigo-inducing switchback ascent the bedrooms on the upper floors. A concealed door at the back of the parlor floor swings opens to drawing room/den that gives way to a glass-railed roof terrace and a second open-tread glass and wood staircase descends from the entrance gallery through a double-height dining area lit by a massive Vernor Panton capiz shell chandelier to a sleek, open-plan kitchen and loft-like lounge that features polished concrete floors, back-lit wall panels and a media wall with flush-mounted equipment and a linear fireplace. A gigantic, wall-to-wall and floor-to-ceiling glass slider in the lounge opens to a 70-foot deep garden.

Two good-sized guest bedrooms on the second floor share a Jack ‘n’ Jill bathroom with a poured-in-place concrete soaking tub set in the middle of the astringently minimalist space next to an open shower area while the master suite, with honey-toned floorboards and chatoyant banks of built-in wardrobes, occupies the entire top floor with a dressing area and bedroom that are completely open to the bathroom that, like the other bathroom, features a poured-in place concrete soaking tub floated in the middle of the room next to an open shower space. 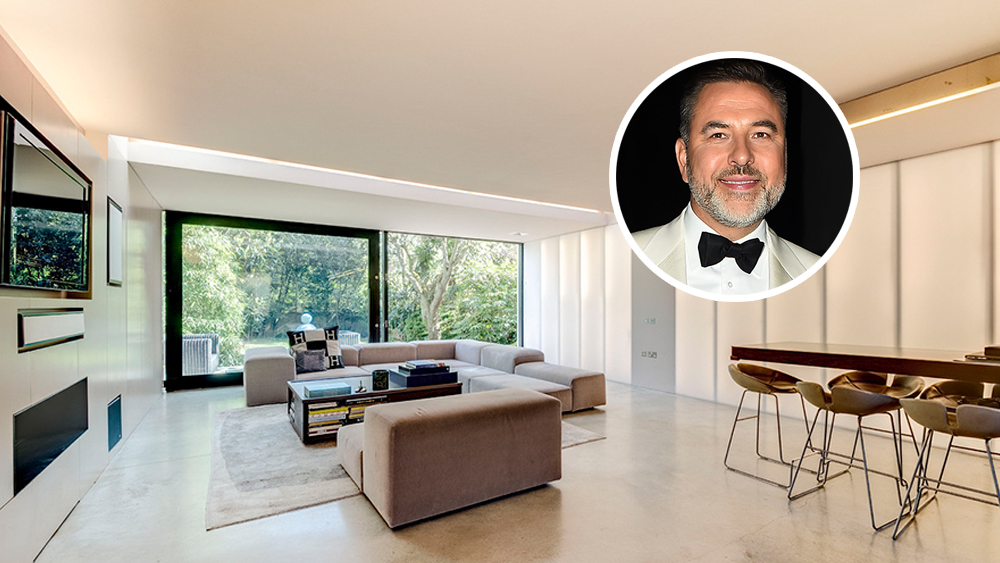