LOS ANGELES (Variety.com) – David Chokachi, probably best known for his late-1990s bathing-suited role in the steamy and cheesy series “Baywatch,” likes his historic neighborhood in L.A.’s Miracle Mile District so much he’s acquired a larger, newly built home that’s a short walk from his soon-to-be former domicile, a fully refurbished two-bedroom and two-bathroom Spanish bungalow that recently popped up for sale at a smidgen shy of $1.55 million. After less than a month on the market, the property is already pending sale. Listings held by John Kostrey and Katharine Deering of The Kostrey Collection at Nourmand & Associates show the not-quite-1,700-square-foot Spanish residence was acquired by the still-fit-as-a-fiddle 52-year-old, once named among People magazine’s 50 Most Beautiful People in the World, and set to appear on the silver screen in a Snoop Dogg-starring horror film called “Blood Pageant,” and his longtime wife, Susan Brubaker, in 2007 for almost $1.1 million.

Fronted by lush lawns and tropical plantings, the flagstone-accented exterior makes a robust, vintage counterpoint to the somewhat unexpectedly modern-minded interiors. With a minimalistic, stacked-stone fireplace, the living room flows easily into an adjoining dining room as well as the sleekly custom-fitted, open-plan kitchen, which features shiny black countertops and gleaming stainless steel appliances. Bathrooms are up-to-date and the master suite includes a private office/lounge that spills out through French doors to a sun-dappled backyard and a detached two-car garage converted to a multipurpose rec room.

The Brubaker-Chokachi’s new home, according to listings held by Eric Lavey at Sotheby’s Intl. Realty , is a newly constructed, farmhouse-inspired “modern traditional” along a pretty, tree-lined street. At almost 3,400 square feet, the four-bedroom and six-bathroom home is nearly twice the size of their soon-to-be former home. Inside, a loft-like, open-concept living/dining space and swanky, marble-countered kitchen spills out to a large deck and a tile-accented swimming pool and spa. 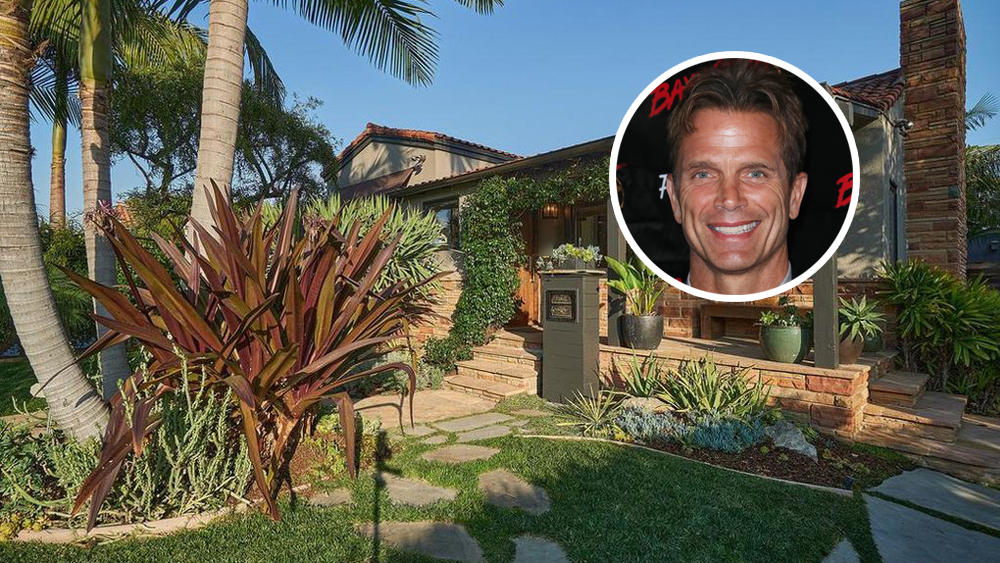