LOS ANGELES (Variety.com) – Ellen DeGeneres had one of her most awkward interviews in recent memory Wednesday with Dakota Johnson, with a clip of the pair’s exchange about Johnson’s birthday party going viral online.

The interview began with what was perhaps supposed to be harmless chat: DeGeneres wished Johnson a happy belated birthday and asked her when specifically it was. Right away, Johnson’s demeanor seemed to stiffen.

“It was October 4,” she replied, with a tight smile.

“How was the party? I wasn’t invited,” DeGeneres said.

“Actually, no, that’s not the truth, Ellen, you were invited,” she said. “No, last time I was on the show, last year, you gave me a bunch of s— about not inviting you, but I didn’t even know you wanted to be invited.”

“Well, who wouldn’t want to be invited to a party?” DeGeneres responded.

“But I didn’t even know you liked me,” she said. DeGeneres insisted Johnson had to have known she liked her because she’d appeared on “Ellen” several times — “Don’t I show like?” DeGeneres asked.

“But I did invite you, and you didn’t come,” Johnson said. A back-and-forth ensued in which DeGeneres asked if Johnson was sure she had invited her and then asked herself why she hadn’t gone. Johnson suggested she ask her producer, who was then shown off-set and said, “You were out of town.”

“Oh, yeah, I had that thing,” DeGeneres concluded.

Intrepid Internet detectives pieced together that Johnson’s birthday party in Malibu was Saturday, Oct. 5. The following day, Sunday, Oct. 6, was the day of DeGeneres’ now-infamous appearance alongside George W. Bush at the Dallas Cowboys-Green Bay Packers game in Arlington, Tex.

The clip spawned dozens of jokes on Twitter; some users were particularly delighted by the idea that DeGeneres skipped a Malibu birthday party to hang out with the former president.

Users also brought up Johnson’s evident history of calling out talk show hosts, such as the below moment from an appearance on “The Tonight Show,” when she asks Jimmy Fallon, “Aren’t you supposed to let people talk on this show?” after he repeatedly interrupts her as she’s trying to answer a question.

Watch the clip above. 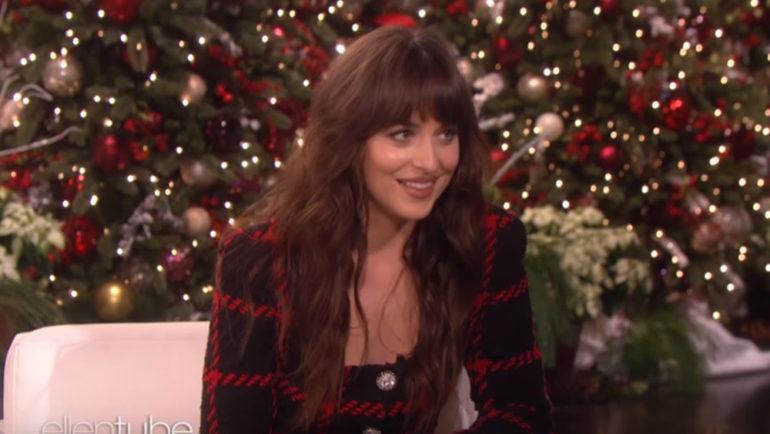