LOS ANGELES (Variety.com) – In the 23 years since her debut album “Dear Sir,” Cat Power — a.k.a. Chan Marshall — has had a skittish relationship with stardom. At several points in this gifted singer-songwriter’s career, a conventional “breakthrough” has seemed imminent — particularly in the wake of 2006’s critically revered “The Greatest” album and the ensuing “Jukebox” covers collection — yet she’s backed away, usually by not releasing music for several years. Similarly, her early concerts were hit-or-miss, veering between transcendent and train wrecks.

Well, it’s been more than six years since her last album, and she’s back in a big way with a stellar new one called “Wanderer,” which she previewed Wednesday night at a mesmerizing concert at the intimate New York venue The Kitchen, and a tour that will see her into next year.

Many performers engage with their fans during concerts, but the venue’s steep theater-style seating arrayed the audience before Marshall like a toy-store display, and she pointed, laughed and chatted with various crowdmembers throughout the show. Clad in a long black dress and high-heeled boots, she seemed elated to be performing in such close quarters, smiling often and dancing even when singing the quiet songs.

And with “Wanderer” set for release on Friday, she played three of the album’s 11 songs, but also select tracks from previous albums going back as far as 1998’s “Moon Pix,” and even threw in a cover of Lana Del Rey’s “White Mustang” (returning the favor of the chanteuse guesting on the “Wanderer” track “Woman” ) as well as a snippet of “These Days,” a Jackson Browne-penned song on Nico’s debut solo album “Chelsea Girl” (h/t: Kris Gillespie).

Accompanied by a tight three-piece band — drummer Alianna Kalaba and guitarists/bassists Adeline Jason and Erik Paparazzi, with the latter doubling on keyboards — Marshall was in strong voice during the entire set, forceful and yet soothing, effortlessly nailing the high notes and often-tricky phrasing. She wandered around the stage between verses, holding a stick of incense like a cigarette; a dry-ice machine and mostly dim lighting added to both the intimacy of the setting and the haziness of some of the songs. The tempo picked up with the driving “Manhattan” (from 2012’s “Sun”), but she brought it back down by closing the set with the title track from the new album.

And in a final nod to the intimacy of the show, before she left the stage Marshall borrowed an audience member’s phone — or maybe it was her own phone left in a friend’s possession? — and took several photos of the audience before leaving the stage.

As the audience filed out, a large number of people were overheard raving about the show they’d just seen. is on tour in North America and Europe through the end of the year — for a sample, see her performance of “Woman” on “The Late Show With Stephen Colbert,” taped earlier on Wednesday. 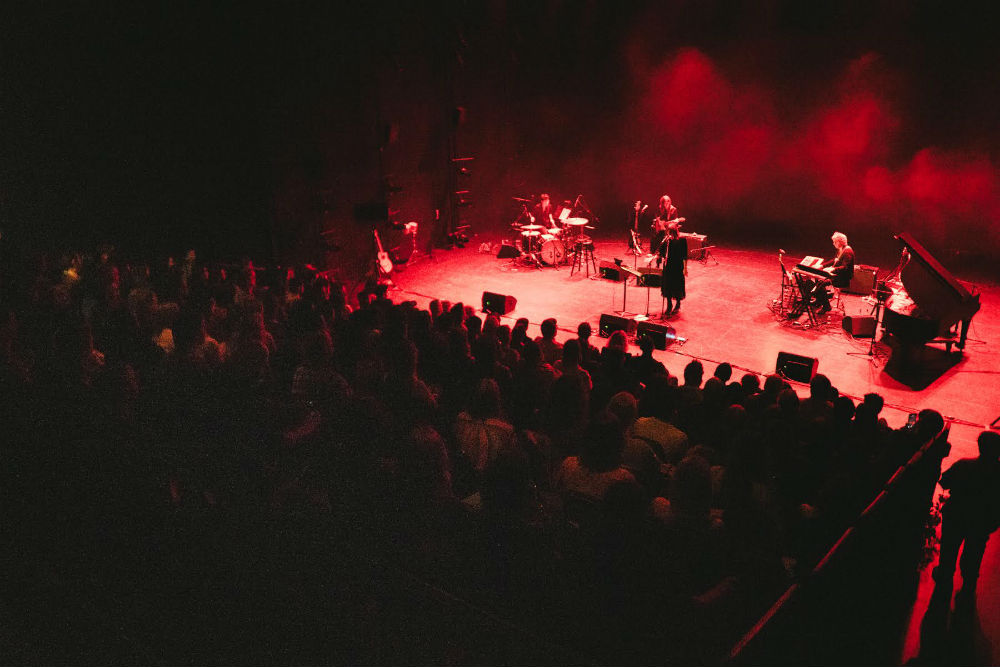 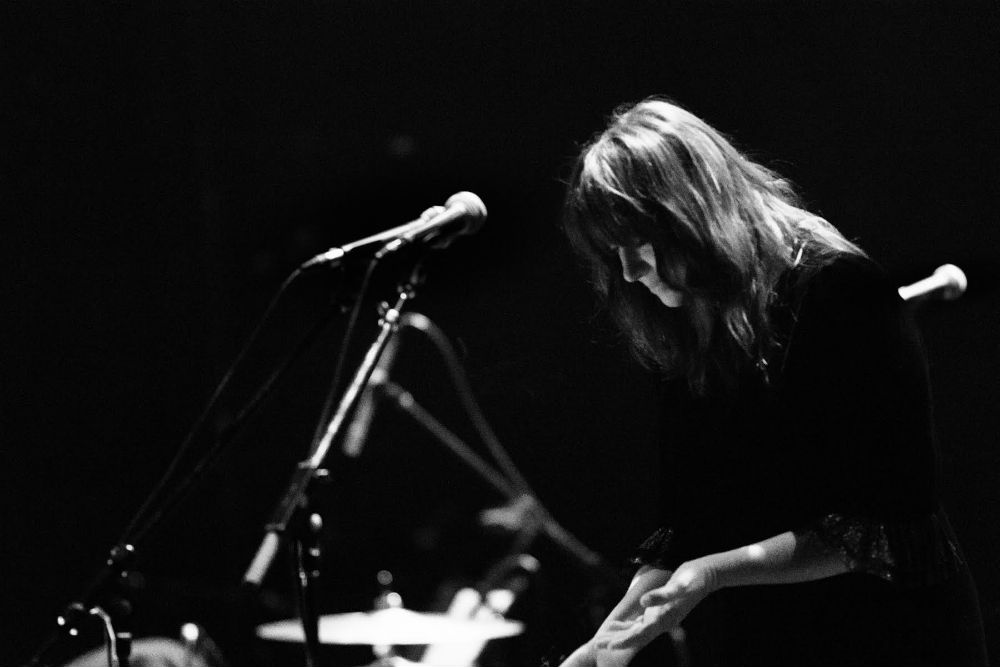