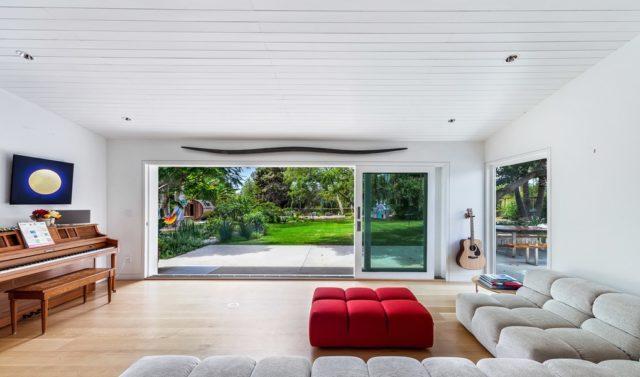 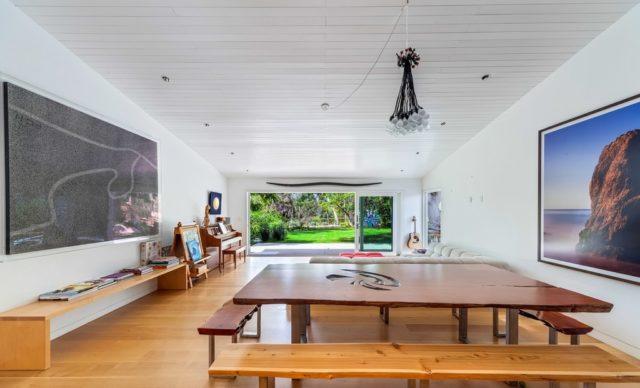 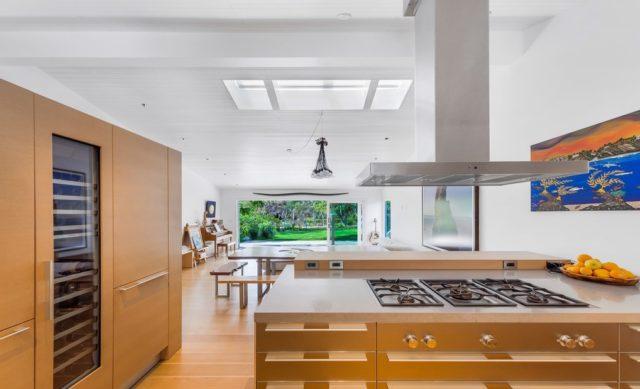 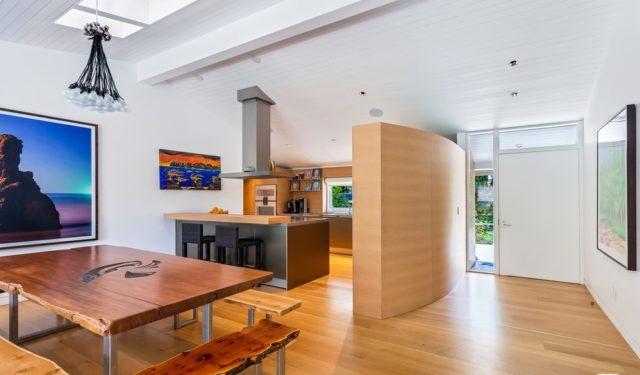 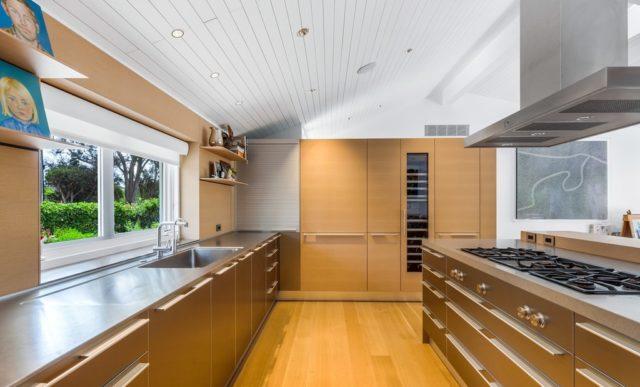 Built in 1960 but recently reimagined in an understated, relaxed and whimsically sophisticated manner by what marketing materials describe as an unnamed “world-renowned architect,” the modestly sized single-story residence sits behind gates on almost half an acre with three bedrooms and three bathrooms in a bit more than 1,800 square feet. There are radiant-heated quarter-sawn white-oak floorboards, high ceilings and premium-grade fittings throughout. An effortless indoor-outdoor flow is facilitated through a telescopic glass slider in the combination living room/dining room/kitchen area that peels open to a radiant-heated patio that gives way to a grassy, tree-shaded backyard with a small koi pond and plenty of room for a swimming pool. 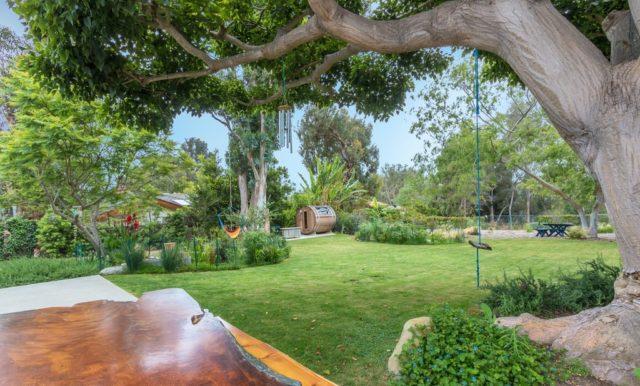 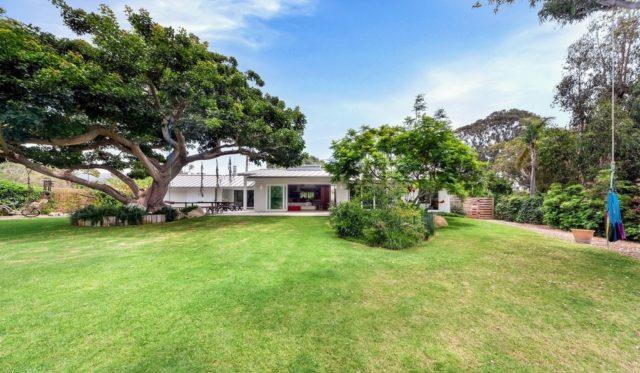 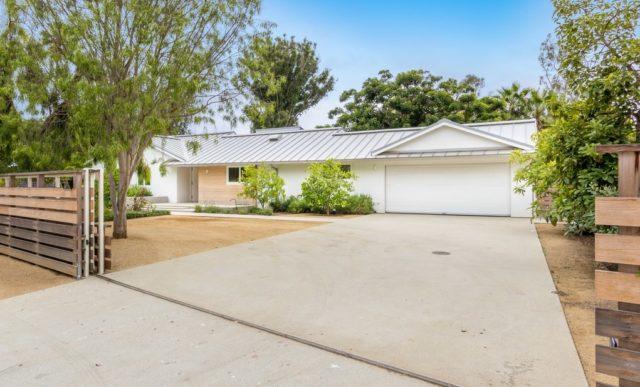 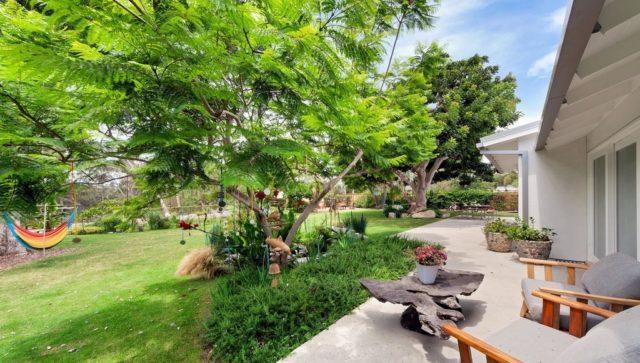 The property was last listed on the open market in late 2018 with Matt Rapf of Pritchett-Rapf Realtors; Martin was represented by Lily Harfouche of Coldwell Banker.

The English musician, who sold a hacienda-style mansion in L.A.’s rustic-chic Mandeville Canyon in 2016 for $12 million, first set down real estate roots on Malibu’s Point Dume in 2014 when he and now ex-wife Gwyneth Paltrow plunked down $14 million for an early 1970s architectural tour-de-force designed by maverick architect John Lautner. The multiple Grammy winner substantially increased his real estate stake in the area during the first half of 2018 when he shelled out $4.45 million for a 6.5-acre property with a 99-seat professional theater — his plans for the arts-centric spread are not known. He ponied up another $3.7 million in an under-the-radar purchase of a roughly 3,000-square-foot ranch house in the Point Dume-adjacent neighborhood of 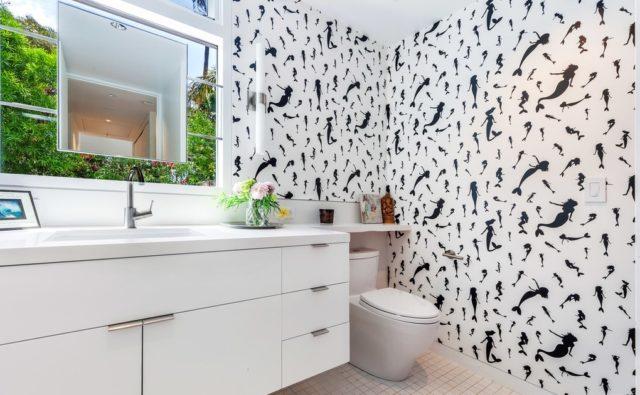 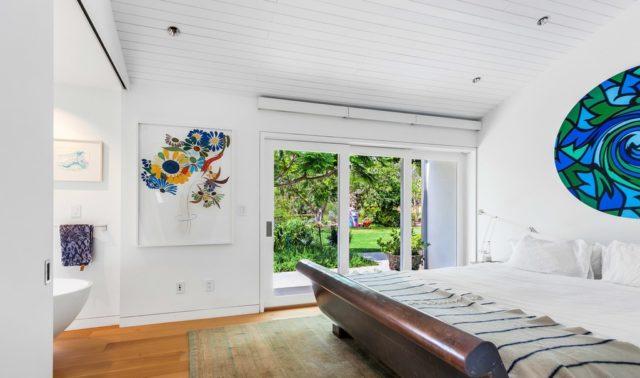 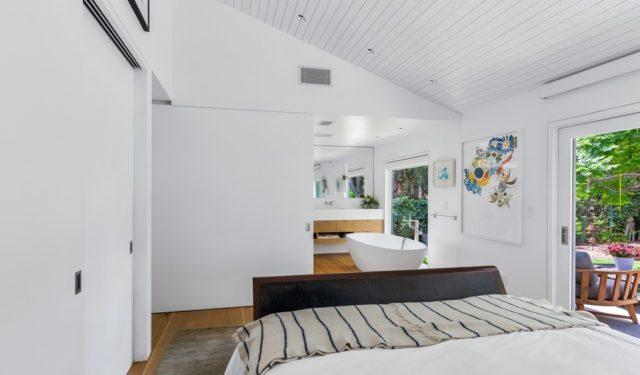 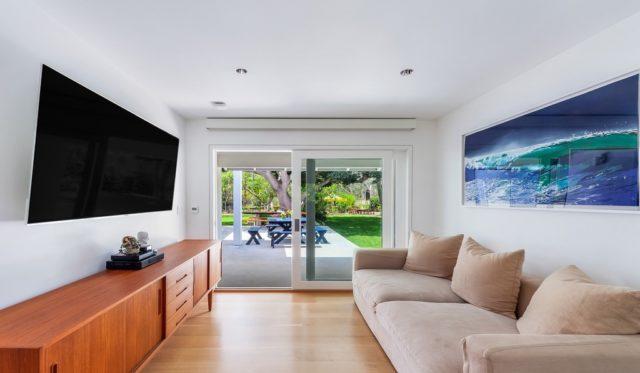 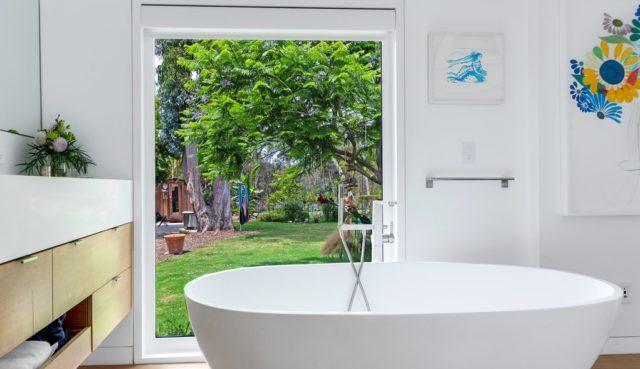 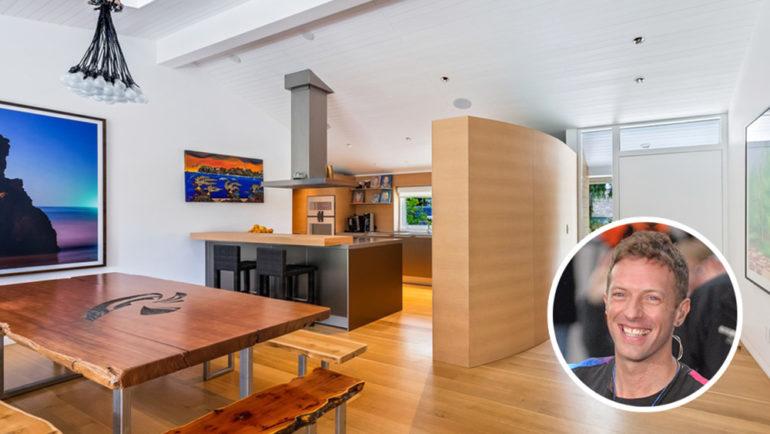