LOS ANGELES (Variety.com) – Childish Gambino made history at this year’s Grammys with hip-hop’s first ever wins in the song of the year and the record of the year categories.

“No matter where you’re born or what country you’re from, you connect with ‘This Is America,’” said producer Ludwig Göransson during his acceptance speech. “It speaks to people, kind of right to your soul; It calls out injustice, celebrates life and reunites us all at the same time.”

Göransson also went on to thank a number of people throughout the industry including rapper 21 Savage “who should be here right now.” The statement was the only one of its kind of the evening, coming on the heels of recent news alleging that 21 Savage was detained by the ICE for overstaying a visa.

Hip-hop dominated this year’s record of the year nominees, which featured the likes of Cardi B, Bad Bunny and J Balvin’s “I Like It” alongside Drake’s “God’s Plan,” Kendrick Lamar and SZA’s “All The Stars,” and Post Malone’s “Rockstar,” featuring 21 Savage. Also in contention was Brandi Carlile’s “The Joke,” Lady Gaga and Bradley Cooper’s “Shallow” and  Zedd, Maren Morris and Grey’s “The Middle.”

The song of the year category was less hip-hop-centric, making Gambino’s win all the more impressive. Joining him in the category was Kendrick Lamar & SZA’s “All The Stars,” Ella Mai’s “Boo’d Up,” Drake’s “God’s Plan,” Shawn Mendes’ “In My Blood,” Brandi Carlile’s “The Joke,” Zedd, Maren Morris and Grey’s “The Middle,” and Lady Gaga and Bradley Cooper’s “Shallow.”

A number of hip hop artists also won in the R&B and rap fields including Drake for “God’s Plan” in the best rap song category and the Carters for “Everything is Love” in the best urban contemporary album category.

Earlier in the night, Glover also scored a Grammy win for Video of the Year with “.” 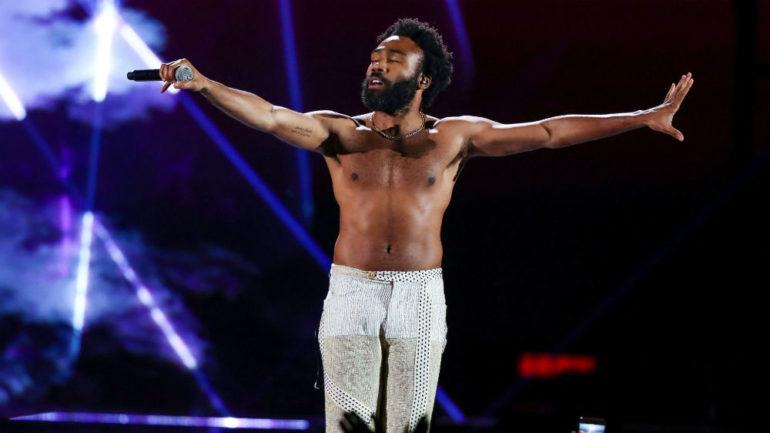