Celebrities including Lady Gaga, Kim Kardashian West, Rainn Wilson and Melissa Etheridge are among the thousands forced to flee their homes as fires continue to threaten Malibu, Calabasas, and Thousand Oaks.

Caitlyn Jenner’s Malibu house has burned down, according to TMZ . Many other Hollywood figures such as Ellen Pompeo, Cindy Crawford and Marcy Carsey live in the area.

All of Malibu has been ordered to evacuate, which is home to numerous celebrities and Hollywood executives.

Lady Gaga posted on her Instagram story on Friday afternoon that her Malibu estate was evacuated earlier that morning.

“Pray for Calabasas,” Kardashian West wrote on an Instagram story. “Just landed back home and had 1 hour to pack up & evacuate our home. I pray everyone is safe.”

Kourtney Kardashian also posted about the emergency on her Instagram story, writing, “I pray that everyone is kept safe and protested from these fires. No Calabasas tonight.”

Kardashian West later updated on Twitter that, while the flames hit her Hidden Hills home, the fire there appears to have been contained. 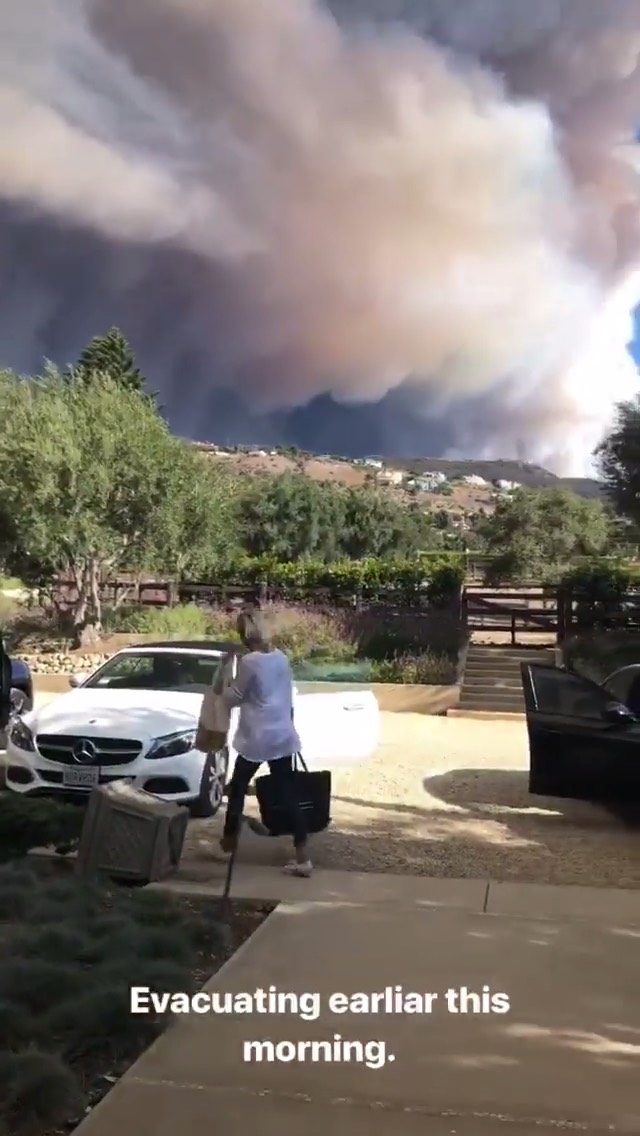 Mark Hamill wrote that the flames are dangerously close to his house.

As of Friday morning, more than 20 million people from Southern California to Northern California were under red flag warnings due to several wildfires across the state.

Will Smith posted several videos to his Instagram Story about the fire, saying that his family home was about eight miles away. “That is very scary,” he said. “We are prepared to evacuate as soon as we get the word. If you are in an evacuation zone, go now.” 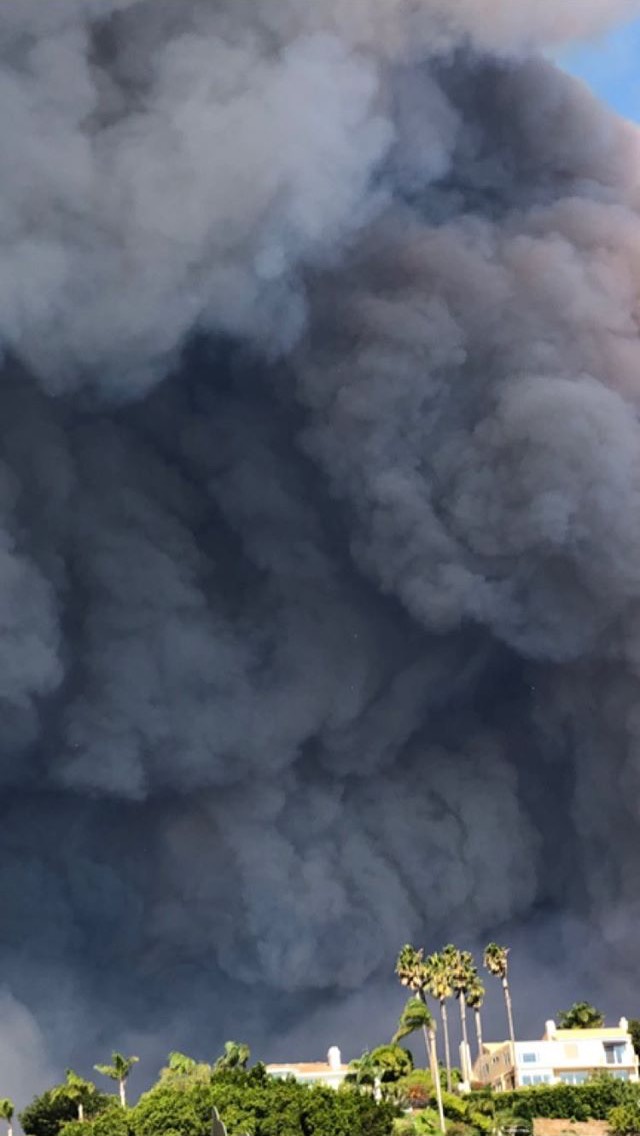 Wilson tweeted that he had been forced to evacuate, and that his pigs and dogs are OK. He also asked for prayers for the victims of the Thousand Oaks shooting, noting that the same area is now being affected by the wildfires.

Guillermo del Toro evacuated from his property, where his large collection of horror memorabilia is stored.

MGM TV chairman Mark Burnett and his wife, producer-actress Roma Downey, were among the Malibu residents who heeded the call for evacuations. Downey posted a photo of billowing smoke shortly after 9 a.m. and said she was leaving her home off the Pacific Coast Highway with her two dogs in tow. 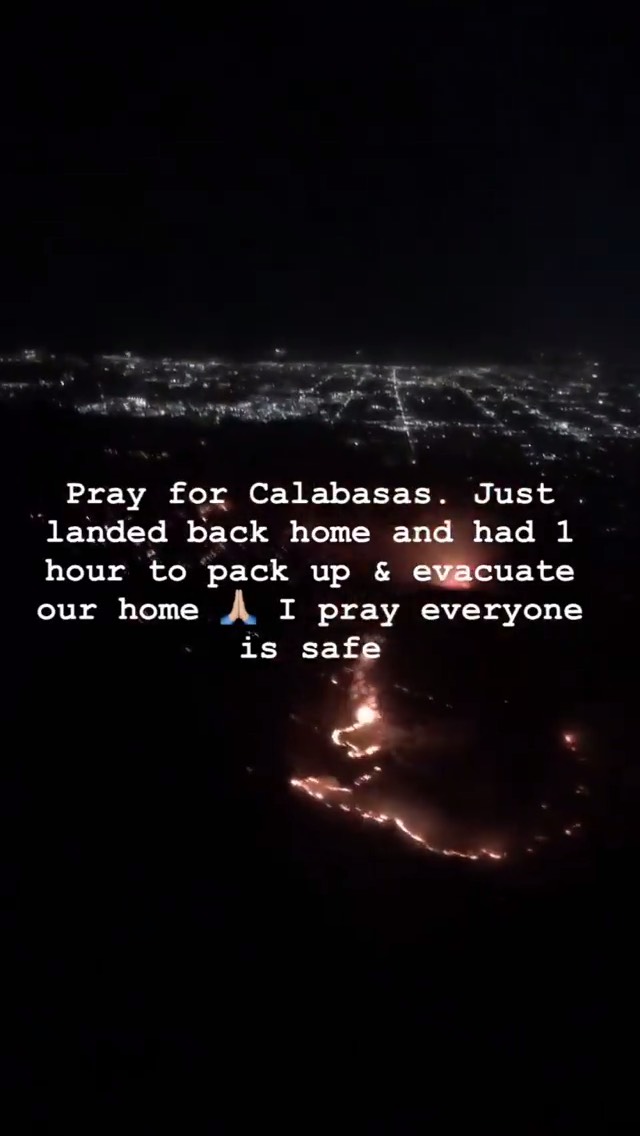 Melissa Etheridge was also forced to evacuate, and tweeted that she was safe in Santa Monica.

Scott Derrickson, the director of “Doctor Strange,” tweeted that his home was destroyed in the fire. He had evacuated and was safe, he added.

Actor Linden Ashby, who has appeared on “Teen Wolf” and “Army Wives,” tweeted that he, too, was evacuating.

Alyssa Milano said she was evacuating along with her horses.

Eddie McClintock, known for his work on “Bones” and “Shooter,” tweeted that things “got real” in Old Agoura, and thanked the firefighters.

“Drunk History” host Derek Waters posted on Instagram that he stopped shooting on the Comedy Central series due to the fires.

Sony Pictures Entertainment, which is situated in Culver City, sent the following memo to its employees: “All SPE employees in the Los Angeles area are advised to continue following the guidance and safety recommendations of local authorities and emergency management agencies. Your safety and well-being is the top priority. We encourage all employees to take the time and necessary precautions to ensure your safety, working from home if 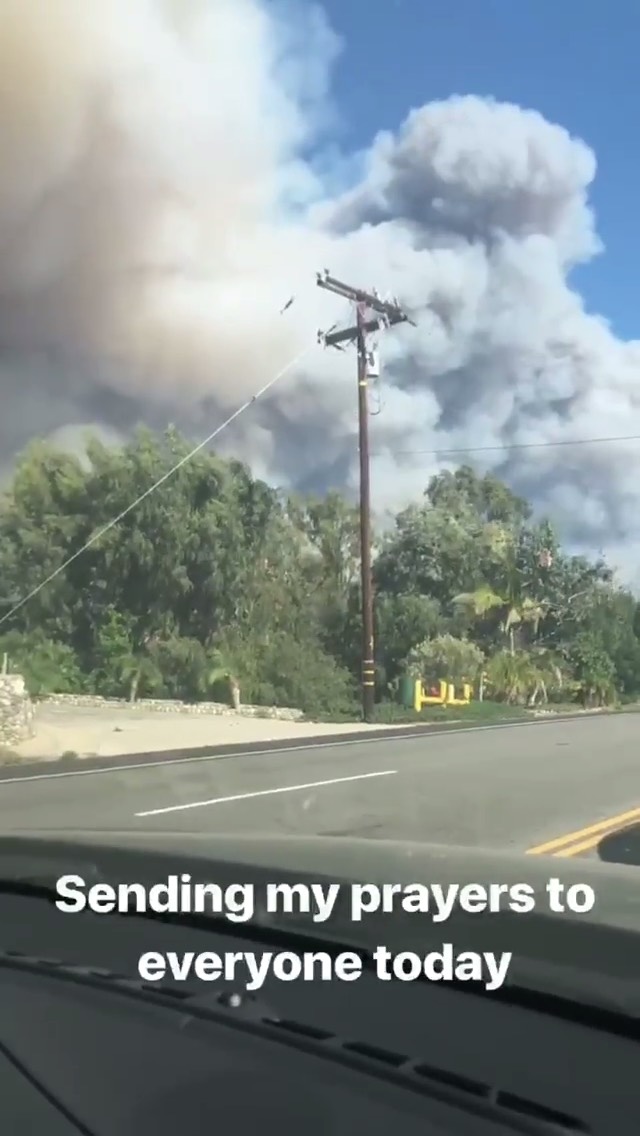