With an impressive $153 million debut in North America, Disney’s Marvel Cinematic Universe title totaled a global opening weekend of $455 million, or the sixth highest global debut and the biggest opening of 2019, surpassing the entire top 10 total of the same weekend last year.

Disney distribution chief Cathleen Taff told Variety that the results show that “” again tapped into the worldwide fan base for MCU movies and credited Marvel president Kevin Feige with expanding the diversity of superheroes, with Larson as the first female lead character.

“With Marvel, nothing surprises me,” she added. “The fans are loyal and come out. Kevin Feige continues to deliver amazing content that pushes the envelope on diversity so anyone can see themselves as a superhero.”

The international launch was 32% ahead of mega-hit “Black Panther.” China led the way internationally with $89.3 million for the third highest MCU opening weekend ever in that territory behind “Avengers: Infinity War” and “Captain America: Civil War.”

The China launch included $10.4 million from 603 Imax screens — nearly half of the $22 million from 964 Imax interational sites. It was Imax’s second-highest international opening weekend after “Jurassic World.”

South Korea led the rest of the “Captain Marvel” pack with $24.1 million, marking the highest March opening weekend ever, 22% ahead of Black Panther. The U.K. generated $16.8 million, the third highest March launch for that market.

Brazil opened with $13.4 million, representing the second best opening weekend of all-time, 66% ahead of “Black Panther.” Mexico generated $12.8 million in the fifth highest industry opening weekend in that market.

Best Picture winner “Green Book” scored the second-highest total of the weekend with $28.3 million to lift the road-trip drama’s international box office with $162 million and its worldwide total to $242 million. 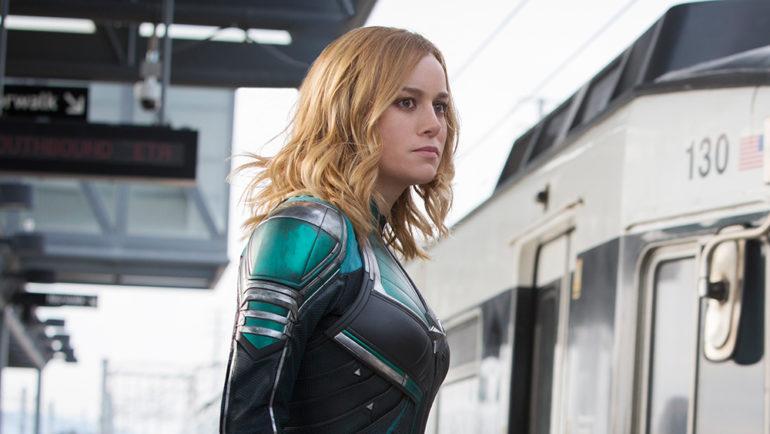