LOS ANGELES (Variety.com) – Bruce Springsteen wanted to make Sony Music’s New York staff feel like eastern stars, as he stopped by the office Thursday to offer thanks for their work promoting his new album, which comes out Friday.

Among those on the receiving end of a visit on the eve of the release of “Western Stars” were Rob Stringer, Entertainment’s CEO; Ron Perry, chairman & CEO of Columbia Records, Springsteen’s label home since 1973; Jenifer Mallory, the Columbia label’s EVP/GM; and Greg Linn, SVP of marketing & content at Sony Legacy Recordings, the company’s catalog division. Staffers on hand said that Springsteen was in a leisurely mood and “shook everyone’s hand and chatted with all of us.”

With few exceptions, advance notices for “Western Stars” have been enthusiastic, with most critics taking note of the album’s highly unusual (for him) mix of ’60s pop, lush arrangements and landscapes far from New Jersey.

In Variety‘s review, Chris Willman wrote, “Springsteen has cited the 1960s work of Glen Campbell and Jimmy Webb as being a model for what he’s done on ‘Western Stars,’ but you should probably throw movie music in as an influence, given how much full orchestration is packed into almost every track, from a guy who didn’t ever have much use for it before. He’s written a concept album about isolationists in the modern American West, then arranged it so that all those strings and horns make you half-expect the Magnificent Seven to swoop in to rescue his forlorn loners. … ‘Go west, 69-year-old man’ always feels like good musical self-advice on this album, and Springsteen and the spirit of Elmer Bernstein make for a good match.”

Additionally, Variety wrote, “If he brings a bit of New Mexico back to New Jersey, that E Street album he’s promised for 2020 will probably be all the better for it.” In a recent conversation with filmmaker Martin Scorsese at a Netflix event, Scorsese revealed that he had recently written nearly an album’s worth of “band songs” and planned to take the E Street Band out on tour after recording it.

The album is being well received enough that Springsteen could be up for Grammys later this year for “Western Stars,” but before that, his team is hoping he’ll be up for an Emmy for “Springsteen on Broadway.” His recent conversation with Scorsese took place at a “for your consideration” Netflix event in L.A. 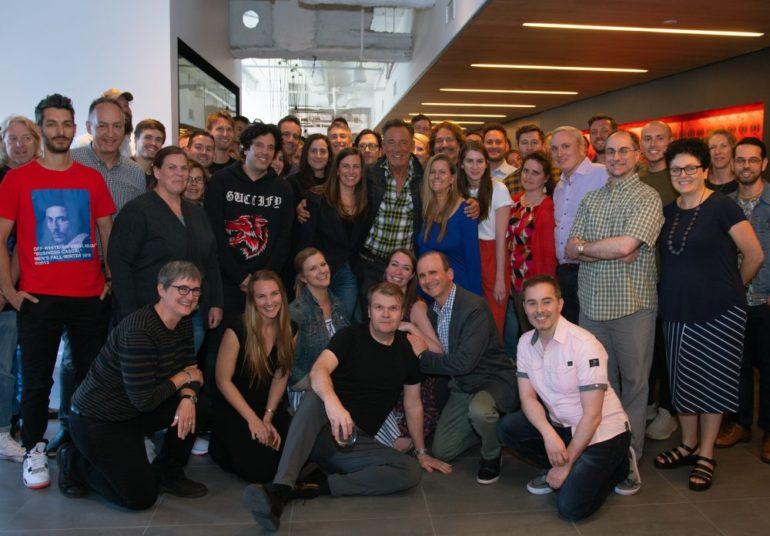