LOS ANGELES (Variety.com) – The British Academy is scrambling for answers after BAFTA Awards nominations, announced early last week, included no actors of color in the main categories and a selection of exclusively male director noms. As the hashtag #BaftasSoWhite gained traction, many members within the organization as well as those in the wider industry have suggested it is time for a change in the way nominees are chosen.

The question isn’t whether worthy films from women directors and diverse talent exist — it’s whether they’re getting seen by voters, says Andrew Chowns who heads industry body Directors U.K. “For me, this an issue about BAFTA’s voting system,” he says, noting that BAFTA nominations chosen by peer groups (for instance, those in the documentary section) are more inclusive. “Some of the award categories are jury decisions, and it is noticeable they are more diverse in their makeup,” he explains. “The question for BAFTA is have they got the voting system right for round one. I don’t think they have.”

Jennifer Lopez (“Hustlers”), Awkwafina (“The Farewell”), Cynthia Erivo (“Harriet”), Jamie Foxx (“Just Mercy”) and Eddie Murphy (“Dolomite Is My Name”) were among those snubbed in acting categories that saw Margot Robbie and Scarlett Johansson each score a brace of noms.

“Over the past decade only about 5% of BAFTA nominations for best actor, actress or best supporting actor or actress were nonwhite,” says Matt Hood, assistant general secretary of actors union Equity. “We do not think that reflects the diversity of talent that is present in our industry.”

Equity has demanded a meeting with BAFTA, and the has promised that the union and all other voices will be heard. BAFTA film committee chair Marc Samuelson, who described the situation in the immediate aftermath of the nominations as “infuriating,” vows: “There will be a careful and detailed review. We will be in a place for next year where whatever needs to be done will be done.”

The situation is exacerbated by the fact that three years ago, BAFTA voters produced another lineup of all-white nominees. Moreover, no female director has received a nod since Kathryn Bigelow in 2013 for “Zero Dark Thirty.”

Nominees are determined from a mix of all-membership voting, jury voting and chapter votes, depending on category. All eligible BAFTA members can cast votes for best film and the main and supporting acting awards in round one. For many other categories, the list of nominees comes from the votes of the members of dedicated chapters; the wider membership then chooses among those nominated. In most cases, film credits and expertise decide who can join which chapters; BAFTA asks members to restrict themselves to no more than two.

After the Oscars suffered through two consecutive years — 2015 and 2016 — in which no actors of color were among the nominees, the Academy of Motion Picture Arts and Sciences made changes to its voting membership, welcoming younger and international members. Subsequent years had produced more inclusive Oscar results, but this year’s lineup again features little diversity, with just one black actor among the 20 nominees across four categories and no women among the five director noms.

Many in BAFTA, including members themselves, concur that there’s a problem with the way nominating-round selections are made. Depending on what chapters they’re in, members can have more than 100 films to view in December, while many are also working on projects and planning for the holidays. Compounding the problem: The viewing window was shorter this year.

Producer and BAFTA member Nisha Parti, who has a deal with Sony, is among those demanding change. “I was really disappointed with my fellow BAFTA voters,” she says. Parti says the voting system makes it difficult to see all of the movies sent, which in turn is part of a bigger problem whereby BAFTA’s membership fails to hold a mirror up to multicultural Britain.

With little time, members often gravitate toward films with long-established talent and from big-name directors. This year, Sam Mendes, Martin Scorsese and Quentin Tarantino all made the best director cut alongside Todd Phillips and Bong Joon Ho, leaving no room for Greta Gerwig (“Little Women”), Céline Sciamma (“Portrait of a Lady on Fire”) or Lulu Wang (“The Farewell”).

“No one here is saying everything is fine,” says Samuelson, who is a signatory of a letter to members outlining plans for the review, and is optimistic that BAFTA can do better. He points to the resolution of a crisis last year where exhibitors threatened to withdraw support for the org after it allowed eligibility for films distributed by streamers — and Netflix’s “Roma” duly scooped up the best picture trophy. After a review and talks with the industry, Samuelson says it has become easier for exhibitors to book Netflix films. He’s hoping this year’s review can produce a better voting system.

Chowns says it’s up to the British Academy to correct what has become a recurring problem. “I don’t think BAFTA can go through this agony every year of producing a nominations list that is conspicuously not diverse,” he says. “It’s infuriating as well as embarrassing. They can decide to change it.” 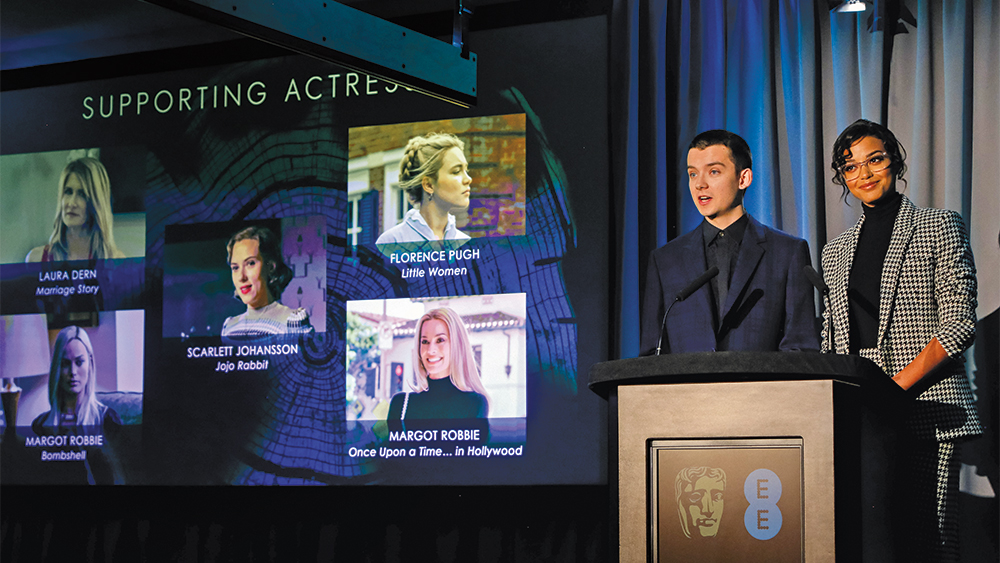