Box Office: Tarantino’s ‘Once Upon a Time in Hollywood’ Tracking $30 Million Debut

LOS ANGELES (Variety.com) – Quentin Tarantino’s journey back to the height of hippie Hollywood is gearing up for its big-screen debut.

“Once Upon a Time in Hollywood,” a drama that pays tribute to the golden age of Tinseltown, is eyeing an opening weekend between $28 million to $30 million when it hits theaters July 26, according to early tracking. A $30 million start would be on the softer side given the star-studded cast including Leonardo DiCaprio and Brad Pitt, but some estimates show the movie could earn up to $50 million in its inaugural weekend.

Sony, the studio distributing “,” shelled out a hefty $90 million in production fees, a figure that doesn’t include global marketing costs. Tarantino’s films don’t always produce huge opening weekend numbers (his biggest launch to date is “Django Unchained” with $38 million), but they tend to have a long life in theaters as word of mouth picks up. The Oscar-winning “Django Unchained” currently stands as the director’s biggest box office success to date, earning $162 million in North America and $262 million overseas. His most recent movie, 2015’s “The Hateful Eight,” bowed with $15 million when it opened nationwide and tapped out with $54 million at the domestic box office. The western thriller was a bigger hit internationally, where it generated $101 million.

DiCaprio and Pitt star in “Once Upon a Time in Hollywood” as a washed-up TV actor and his stunt double and majordomo who are struggling to find their place in a changing Hollywood. Margot Robbie portrays their next door neighbor, Sharon Tate, the up-and-coming actress who was murdered at the hands of Charles Manson and his followers. The A-list cast also includes Al Pacino, Dakota Fanning, Kurt Russell, Lena Dunham and the late Luke Perry.

The movie premiered to rave reviews at this year’s Cannes Film Festival, where it scored a six-minute standing ovation . “Once Upon a Time in Hollywood” is Tarantino’s inaugural studio movie, as well as the first that’s not associated with Harvey Weinstein.

“Once Upon a Time in Hollywood” is the only movie opening nationwide that weekend, though it will have to compete with the second outing of “The Lion King,” Disney’s live-action remake that’s expected to entice audiences of all ages. 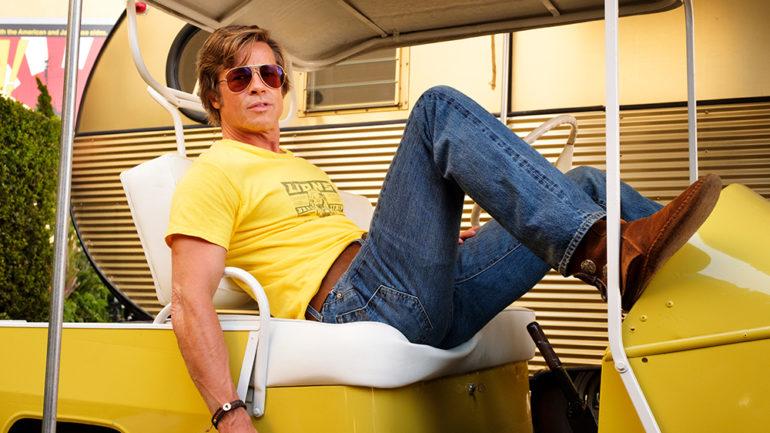