LOS ANGELES (Variety.com) – UPDATED: Tim Burton’s “Dumbo” is flying toward a $48 million opening weekend in North America, while the second session of Jordan Peele’s “Us” should take in about $33 million.

“’s” launch is slightly lower than recent Disney forecasts for the live-action re-imagining of the 1941 animated movie, which were at $50 million. “Dumbo” took in $15.3 million on Friday night and is expanding to 4,259 North American venues.

The movie stars Danny DeVito as the owner of a struggling circus who enlists Holt Farrier (Colin Farrell), and his children Milly (Nico Parker) and Joe (Finley Hobbins) to care for a newborn elephant whose oversized ears make him a laughingstock. The children’s love for the sad-eyed pachyderm helps him fly. Michael Keaton stars as a shady entrepreneur, with Alan Arkin as a Wall Street tycoon and Eva Green as an aerial artist.

“Dumbo” is produced by Justin Springer, Ehren Kruger, Katterli Frauenfelder, and Derek Frey. Burton directs from a screenplay by Kruger. The fantasy-adventure, which also opens in most major international markets, carries an estimated budget of $170 million. “Dumbo” has received mixed reviews from critics, earning a 52% on Rotten Tomatoes.

Universal’s “” is projected to drop by about 53% in its sophomore frame following its stunning $71.1 million domestic opening. The title has already topped $94 million in its first week, with critics praising Lupita Nyong’o for her dual performance. “Us” should wind up the weekend with a 10-day total of $127 million.

Disney’s fourth frame of its blockbuster “Captain Marvel” will lead the rest of the pack in the $20 million range at 3,985 locations, lifting its 24-day total to $353 million. Brie Larson’s turn as a superhero has outperformed expectations over the past three weeks, with $938 million worldwide. “” could soon become the 38th title to gross $1 billion worldwide.

Pure Flix’s launch of the drama “Unplanned” will be battling Lionsgate-CBS Films’ third weekend of the teen romance “Five Feet Apart” for fourth, with about $6 million each. “Unplanned,” showing at 1,059 sites, stars Ashley Bratcher as a Planned Parenthood employee who becomes an anti-abortion activist. It has a modest budget of about $6 million.

Neon’s “The Beach Bum” is debuting with about $1.7 million at 1,015 venues, marking Matthew McConaughey’s lowest opening for a wide release. The film is set in the Florida Keys, with McConaughey portraying a stoner who aspires to be a literary success. The pic, which premiered at this year’s SXSW to mixed reviews, is directed by Harmony Korine, and also stars Snoop Dogg, Isla Fisher, Zac Efron, and Jimmy Buffett.

With “Dumbo,” “Us,” and “Captain Marvel” leading the way, North American moviegoing will continue its recovery from its dismal first two months of 2019, which had resulted in a 27% decline from last year. As of March 28, that gap had been reduced to 17.5%, with total moviegoing at $2.24 billion, according to Comscore. 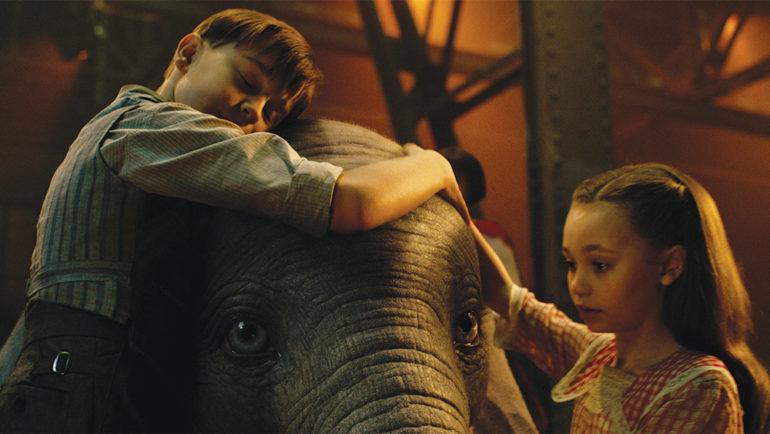