LOS ANGELES (Variety.com) – “Crazy Rich Asians” is in for a second weekend worth bragging about, with an estimated $25 million from 3,526 North American sites.

The number would represent a decline of only 6% for the film, a staggering achievement for any movie, and particularly a rom-com. “” earned $26.5 million in its opening weekend, and estimates for its sophomore frame range from $23 million to $26 million. So far, the Constance Wu-starrer has earned $60 million worldwide, with about $1.2 million from foreign markets.

Warner Bros. has already launched  development of a sequel  for “Crazy Rich Asians,” which also stars Henry Golding, Michelle Yeoh, Awkwafina and Ken Jeong. Jon M. Chu directed from a screenplay by Peter Chiarelli and Adele Lim, based on the 2013 novel by Kevin Kwan.

Melissa McCarthy’s “The Happytime Murders,” on the other hand, is likely to debut at No. 3 with a moderate $10.1 million from 3,256 domestic sites. Should the estimate hold, “Happytime Murders” will mark the worst opening ever for a film led by McCarthy. The STX Entertainment pic earned $3.95 million Friday.

McCarthy stars as a detective who re-pairs with her old puppet partner to solve a series of brutal murders in L.A.’s seedy underbelly. Brian Henson, son of Jim Henson and chairman of the Jim Henson Company, directed the R-rated pic, which also stars Maya Rudolph, Joel McHale, and Elizabeth Banks. The film is currently sitting at a 22% rating on Rotten Tomatoes with a C- CinemaScore.

Meanwhile, Warner Bros.’ “The Meg” is swimming towards a $12 million third weekend and should land in second place if estimates hold. The shark thriller has earned $95.5 million domestically since its debut and totaled $368 million worldwide. Jason Statham stars as a member of a group of scientists who discover a 75-foot prehistoric Megalodon and must work to save a beach from its terror.

Paramount’s “Mission: Impossible – Fallout” should add another $8 million to its tally in its fifth frame. The Tom Cruise installment has amassed $188 million in North America and $327 million internationally.

Mark Wahlberg’s “Mile 22” is looking to snare about $6 million in its second weekend, roughly a 58% decline. STXfilms’ action thriller follows an elite CIA task force, composed of paramilitary officers from Ground Branch of Special Activities Division, that has to escort a high-priority asset 22 miles to an extraction point while being hunted by terrorists. In its first seven days, “Mile 22” has scored $19.6 million worldwide after opening to $13.7 million.

John Cho’s “Searching” is having its limited release this weekend at nine locations, and is headed for about $250,000 for a per-screen average of $27,778. Screen Gems will expand the movie Aug. 31. Cho plays David Kim, a father whose 16-year-old daughter goes missing. With no leads, David decides to search his daughter’s laptop for clues. The film has a preliminary score of 93% on Rotten Tomatoes, and Debra Messing also stars in the film directed by Aneesh Chaganty.

“Papillon,” starring Rami Malek and Charlie Hunnam, also launched this weekend at 544 venues for a projected take of $1.1 million. Bleecker Street’s remake of the 1973 Steve McQueen-Dustin Hoffman film was directed by Michael Noer and currently has a 53% rating on Rotten Tomatoes. The film premiered at the Toronto Film Festival in September.

Global Road Entertainment’s robot-dog tale “A.X.L.” is launching with a dismal projection of about $2.4 million at 1,710 locations. Earlier this week, Global Road’s lenders took control of the film division after the company failed to raise enough money to pay for future productions and are now  seeking to sell off assets . 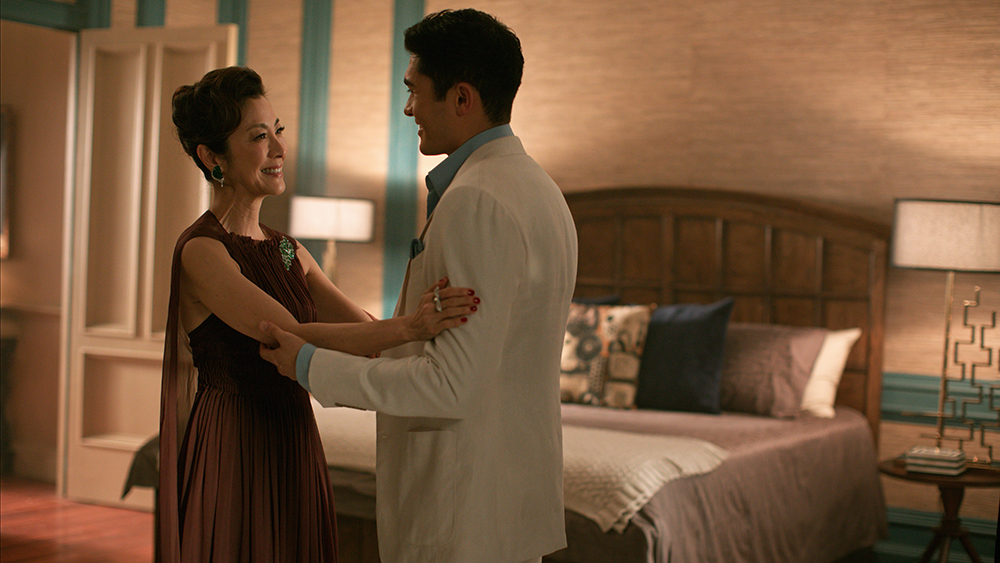