‘Bohemian Rhapsody’ to Be the Box Office Champion With $43 Million

The film, starring Rami Malek as Mercury, generated a solid $3.9 million in Thursday night previews, with exit polling showing 66% of theatergoers rating “” as “excellent.” It’s outperforming expectations that had been around $35 million. It’s garnered mixed reviews, sitting at a 59% on Rotten Tomatoes, but critics have praised Malek’s performance as the Queen frontman during the 1970s and ’80s.

Disney’s family-friendly “The Nutcracker and the Four Realms” is debuting in second place with about $19 million at 3,766, slightly below the lower end of estimates of around $20 million to $25 million. The movie, adapted from the ballet classic about a young girl whose Nutcracker doll comes to life, is a rare stumble for Disney in that it carries a $125 million price tag. The film stars Mackenzie Foy, Keira Knightley, Misty Copeland, Helen Mirren, and Morgan Freeman.

Paramount’s Tiffany Haddish comedy “Nobody’s Fool,” directed by Tyler Perry, appears to be performing in line with forecasts for a launch of about $15 million at 2,468 sites. Haddish, who broke out in last year’s “Girls Trip,” plays a recently paroled wild child who helps her sister (portrayed by Tika Sumpter) get revenge on a man who catfished her.

Universal’s third weekend of “Halloween” is dropping about 70% in the post-holiday frame and should bring in around $9 million to $10 million. The horror sequel, starring Jamie Lee Curtis, has been a smash, and should wind up the weekend with nearly $150 million domestically in its first 17 days.

Warner Bros.’ fifth weekend of “A Star Is Born” will contend for fourth in the same range as it drops only 35%. The 31-day total of the Lady Gaga-Bradley Cooper drama will wind up at about $164 million.

The overall North American box office is coming off a record-setting October, the first to total more than $800 million, according to comScore, as “Venom,” “A Star Is Born,” and “Halloween” all over-performed. The year-to-date total as of Oct. 28 was $9.73 billion, up 10.8%, with February, April, and June also setting monthly records. 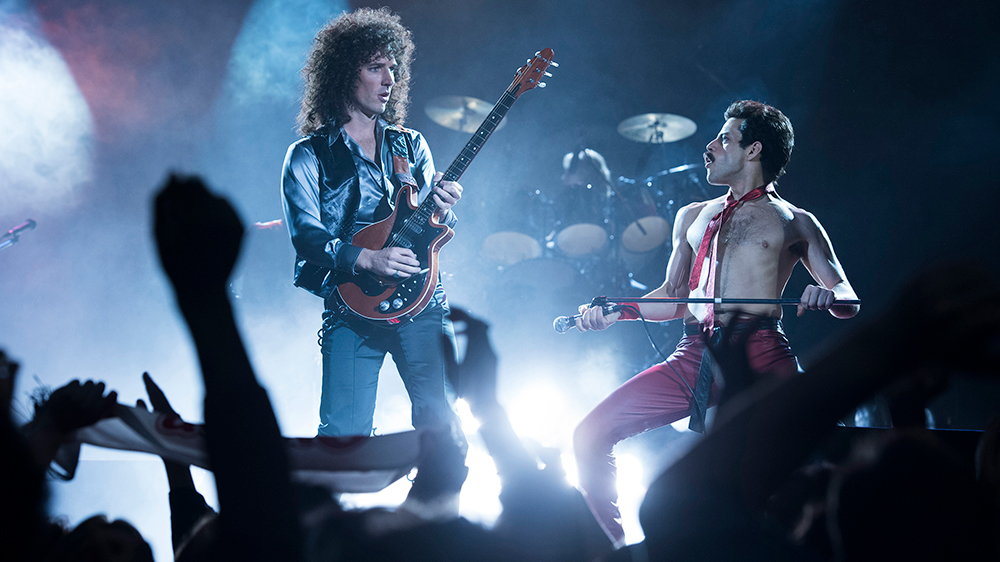