LOS ANGELES (Variety.com) – Bob Dylan and Neil Young harked back to the days of the Carter administration — the Carter Family administration, that is — on Sunday for their first-on stage duet in a quarter-century: “Will the Circle Be Unbroken.”

Fans had hoped for a teaming between the two at other stops along the way on their European tour, including their massive show Saturday at London’s Hyde Park. But it only came to fruition when the rock legends closed out their trek at Nowlan Park in Kilkenny, Ireland. 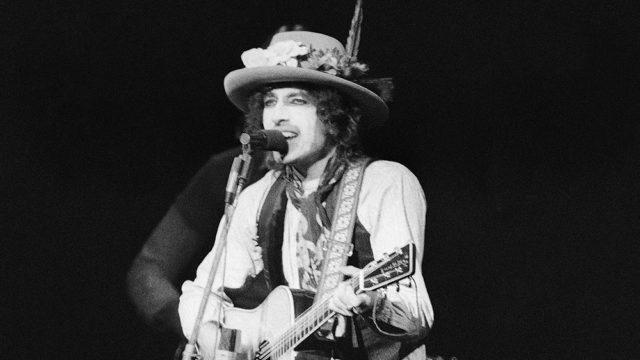 Young’s part of the show was streamed on his Archives subscriber service, but that didn’t mean that the duet was part of the broadcast: It came up 11 songs into Dylan’s 20-number set. Dylan performed it standing at the piano, as he does nearly every tune on tour now, while Young joined Dylan’s combo on an acoustic guitar. Although the performance wasn’t streamed, plenty of fans posted it on YouTube (see two view, above and below).

Writing about the show on Boblinks , attendee Colin Lacey described it as “a joyous mid-set duet” and added, “Bob’s singing was superb. The two giants meeting mid-stage to shake hands felt like a climax, but there was much more top-shelf Bob to come. … Dylan seemed to be loving it all, looked fit and sang like his life depended on it. One of the best outdoor Dylan shows I’ve seen — though not everyone agreed: on the way out of the stadium one attendee says, ‘Dylan has lost the plot.’ Hard to agree — at 78, he’s still amazing: more like the plot thickens.” 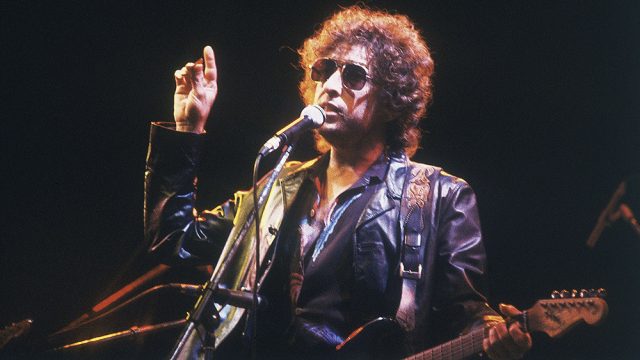 Bob Dylan Blood on the Tracks

The last time Young and Dylan are believed to have sung together on stage was at New York’s Roseland Ballroom in October 1994, when they were also joined by Bruce Springsteen for a pair of Dylan classics.

Dylan is first known to have sung “Will the Circle Be Unbroken,” a folk and country music standard, live in 1961, and then again in 1996; surprisingly, given all the other traditional songs that he’s sprinkled into his sets over the years, this one never became a staple for him. Young has performed it a handful of times since 1995, with and without Willie Nelson as a duet partner. 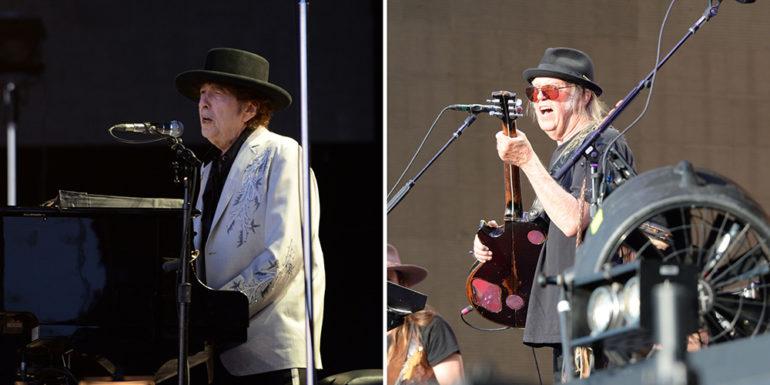