Billy Porter Explains Why Fashion ‘Can and Should’ Be Activism

Activism and the potential for designers to spur social change through culturally conscious fashion tied together many of the industry legends, emerging artists and corporate heavy-weights honored during the evening, held at the IAC headquarters in Chelsea.

Amina Muaddi, honored as FN’s designer of the year, is a Jordanian-American designer whose heels, in addition to taking over Instagram, are designed with female empowerment in mind. Donna Karan and Cole, given icon awards for social impact, have built hospitals, launched charity initiatives and employed designers in Haiti for nearly a decade. Rothy’s, FNAA’s brand of the year (sharing the award with Puma, known just as well for its women-driven campaigns) makes fashion-friendly shoes from 100% recycled materials, like water bottles. And Kerby-Jean Raymond, honored as FNAA’s person of the Year, has more than rocked the fashion world with his insistence on leaving out the white consumer, designing solely for black men and women.

“I had the pleasure of joining Kerby at the Met Gala in May, where we utilized our platform to pay tribute to the pioneers of camp from the LGBTQ community, and he didn’t blink twice when I asked if the back of my jacket could say ‘Black Drag Queens invented camp,’” said Waithe, who presented Raymond — designer and founder of the menswear label Pyer Moss — with his award. “Kerby is my brother; we are forever tethered,” she continued. “We live our lives victoriously; we refuse to bow. We refuse to take anything less than what we are worth. Thank you for reminding us to never forget who we are and where we come from.”

“Art is activism,” Porter insisted on the red carpet, there to induct Jimmy Choo’s creative director Sandra Choi into FNAA’s Hall of Fame. “Can be and should be. For me, it is always. And fashion is art. Fashion is political. I know from this past year that simply being a man who wore a dress cracked open a conversation that nobody was having.”

For Porter, and indeed for many of the designers honored, fashion is power, too — particularly in an industry that has historically constructed empires off the backs of black and queer Americans. “Those of us who have the creative voices have to take the power, and we are. It’s time, and we’re doing it,” he said.

“I am a Jordanian, Romanian girl, so I understand that idea well,” Muaddi told Variety
on the red carpet. “Fashion and activism are two different things, but they can often come together, and it’s amazing when they do. We can make people happy, but we can attract them to pay attention to important social causes, too. And, besides attraction, we can financially support through our businesses — from collaborations with charities, to being able to create a product that helps people in underdeveloped parts of the world. That starts from the fashion industry, but it doesn’t end there,” she emphasized.

Later, accepting her award for designer of the year, Muaddi continued: “I’d like to thank my mother for my first gift, which was the gift of freedom. It seems like a basic right, but for me to have the freedom to live the life I wanted and to do what I want for work — it is not often given to women from my side of the world.” 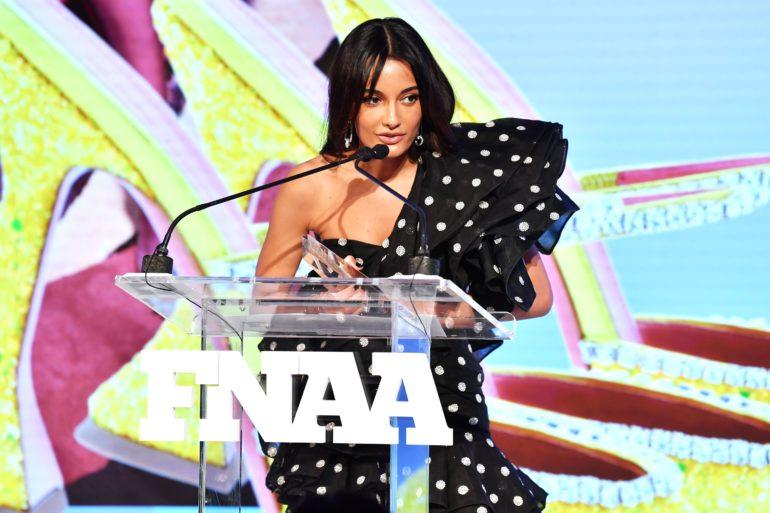