LOS ANGELES (Variety.com) – For-profit education scion Peter Sperling has taken the current real estate downsizing trend to heart, apparently. The son of University of Phoenix (UOPX) founder John Sperling and chairman of the Apollo Group — Apollo owns the UOPX, which has grown to become the largest for-profit U.S. university — is ready to bid adieu to not one but two enormous estates, the first in San Francisco and the other within L.A.’s posh Holmby Hills neighborhood. 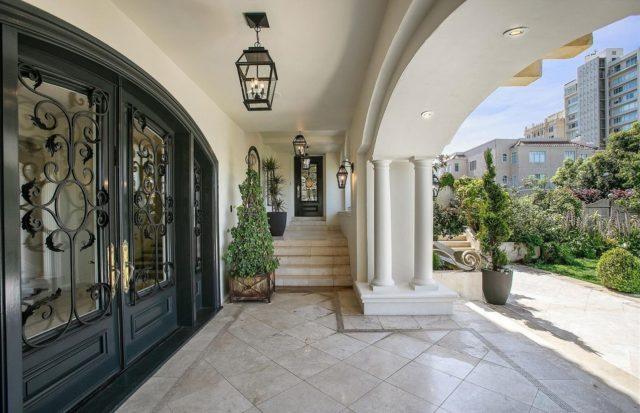 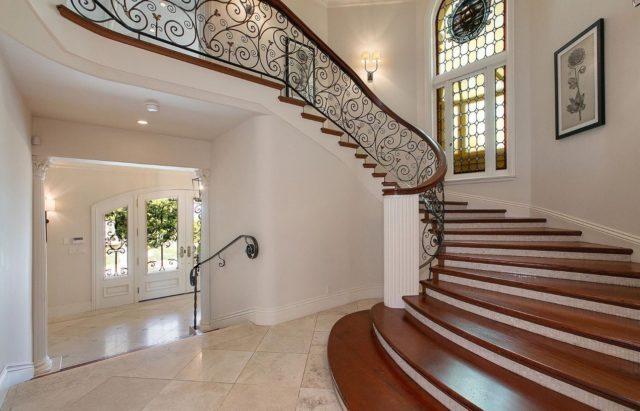 Up in S.F., Sperling’s four-floor mansion is located atop the Russian Hill neighborhood and sits directly across from the famously crooked Lombard Street tourist attraction. Built in 1900 by noted architect Willis Polk, the manor’s exterior features a floridly embellished pastiche of European styles and spans nearly 9,000 square feet of living space with five bedrooms and 6.5 baths.

Perhaps the home’s most luxurious amenity is its four-car attached garage, a very rare thing in tightly-packed S.F. Ornate double front doors swing open into a formal entrance gallery. From there, a broad staircase ascends to another staircase that spirals past a stained-glass window on its way to the second floor, where there’s a den and family room, a study, three guest/family bedrooms, a sitting room, and a “family” kitchen. 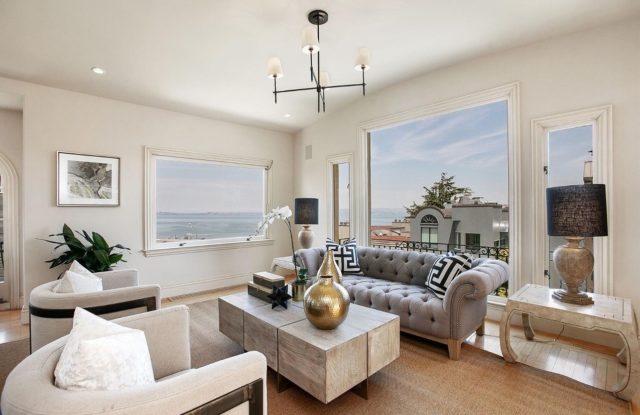 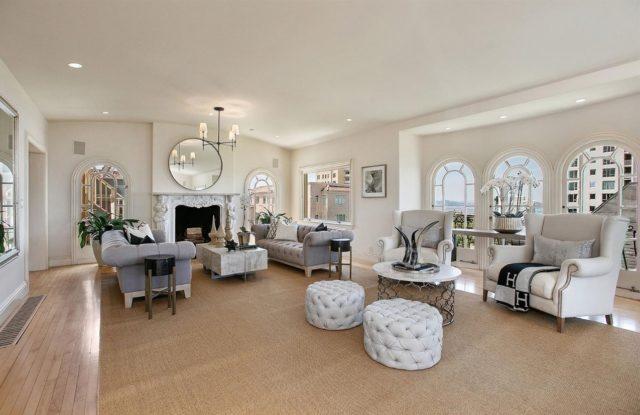 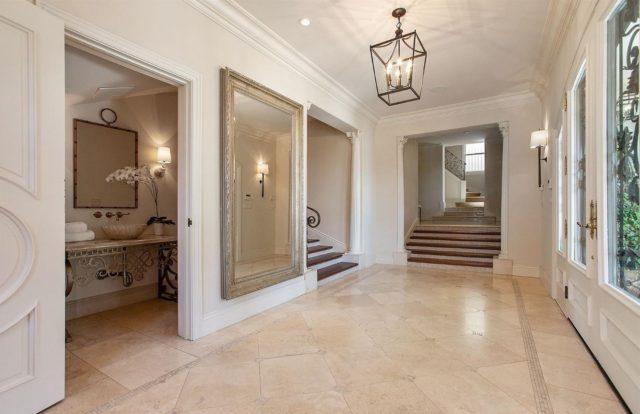 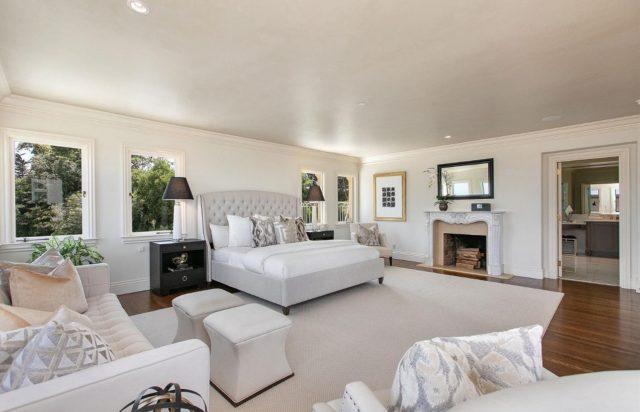 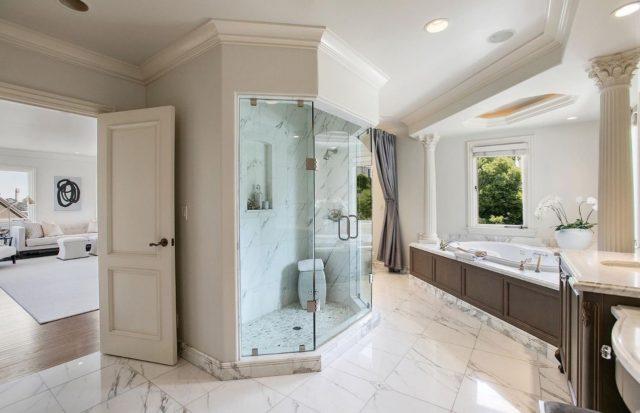 Another spiral staircase leads to the supremely grand third floor, where there’s a larger second kitchen outfitted with high-end stainless appliances and an enormous formal dining room capable of seating at least two dozen guests and sporting a row of big-picture windows overlooking the bay. Adjacent to the dining room is an equally massive formal living room with an original marble fireplace and a view that’s certain to wow all of the owner’s friends and neighbors, should they stop by for a visit.

The mansion’s fourth floor is entirely devoted to a lavish owner’s suite, with a fireplace-equipped master bedroom, a renovated master bath with glassy shower and built-in soaking tub, a smaller secondary bathroom, a walk-in closet/dressing room, and a private sitting room with direct access to a terra-cotta tiled outdoor patio with unobstructed water views — on a fog-free day, of course. Mercifully, there’s an elevator that accesses all four floors and a outdoor landscaped garden with an ornate fountain and a reasonably large lawn, another S.F. rarity. 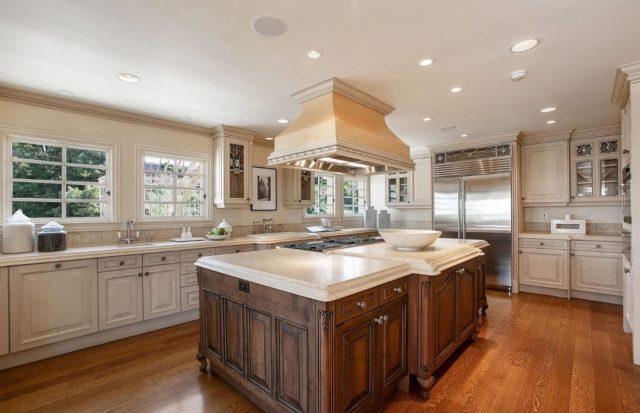 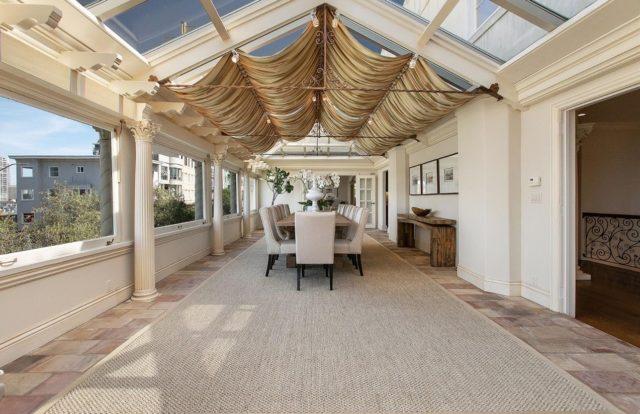 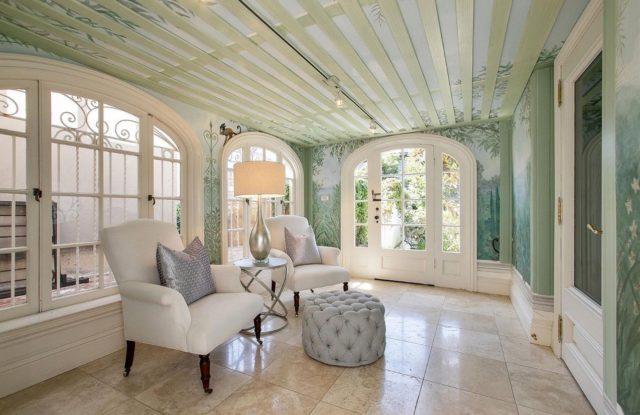 The Russian Hill estate is currently priced at $13.8 million, though records indicate the premises last sold for $14 million back in 2003. Even in the unlikely event of a full-price offer, Sperling is facing a not-insignificant $200,000 loss, not counting real estate fees and 16 years of maintenance, taxes, and other assorted carrying costs.

As for the Holmby Hills estate, the 1.65-acre property sits north of Sunset Boulevard on a gated and high-hedged lot. Built in 1927 and once owned by both Golden Age Hollywood icon Vincent Price and entertainment exec Scott Sassa, the 11,000+ sq. ft. Spanish-style sprawler appears to have been meticulously maintained since Sperling acquired the property in 2004 for about $15 million.

Now listed at just under $21 million, the lush compound features formal gardens and a romantic courtyard with fountains and a brilliant bougainvillea plant, plus a tennis court, basketball court, a classic oval-shaped pool, and a one-bed guesthouse. The main mansion’s formal entry opens to a two-story foyer with chandelier, while the attached living room sports a trussed ceiling and rows of French doors leading to various parts of the gardens. Other public spaces include an eat-in kitchen with top-of-the-line appliances, a media room/den, and a library. 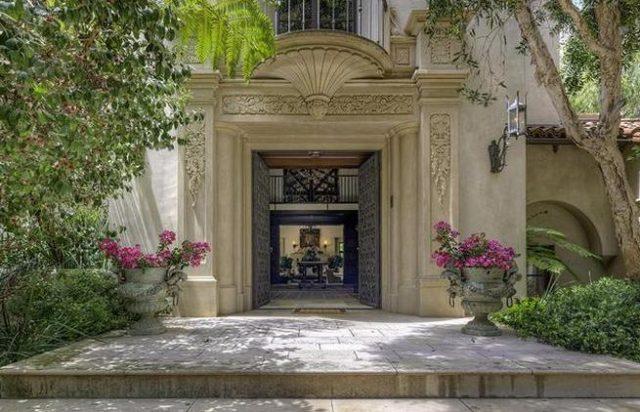 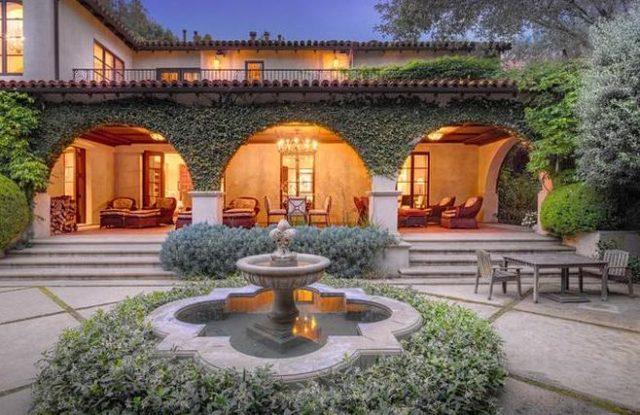 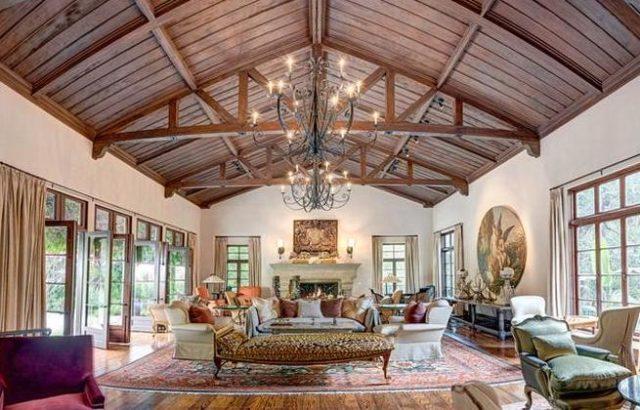 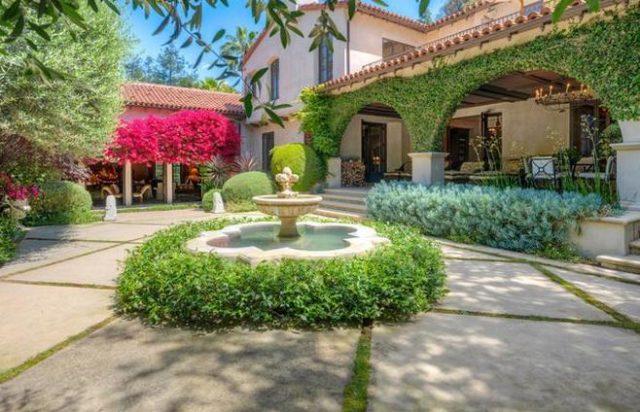 Upstairs, the master suite includes a bedroom with barrel-vaulted ceiling and fireplace, a bathroom with soaking tub, sitting area, office, and dual walk-in closets. Somewhere in the home is an oversized theater with projector and a games/lounge area with wet bar.

At one time, according to prior media reports, the Sperling family owned no fewer than 30 luxury homes worldwide. But in recent years they’ve significantly thinned their real estate herd, cutting out major mansions from their portfolio like financially ordinary folks clean out closets. Last year, Peter Sperling sold a Phoenix, Ariz.-area estate for $8.1 million; back in 2015, he got financier Kevin Brine to pay him $10.5 million for a Montecito estate once owned by Jane Seymour. The year before that, he sold a historic mansion in S.F.’s Presidio Heights nabe for $18 million to tech entrepreneur Mark Armenante. And in 2012, he sold an enormous Billionaire’s Row compound to Yammer founder David Sacks for “just” $20 million , a mere fraction of the $52 million his family reportedly invested into the property. 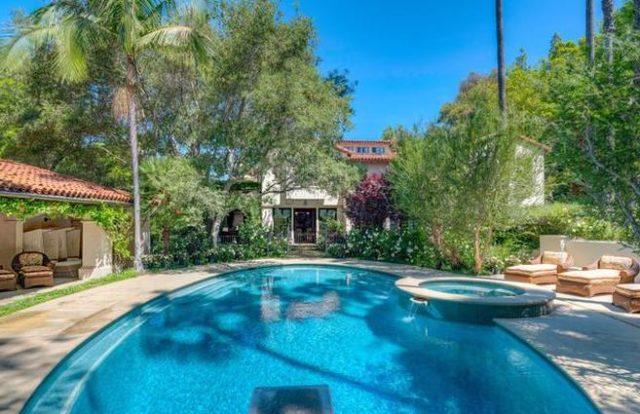 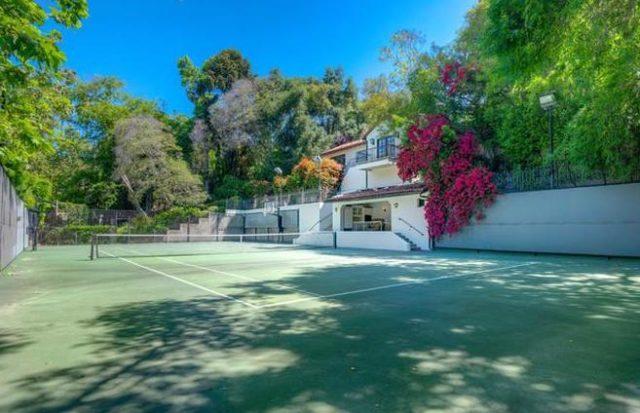 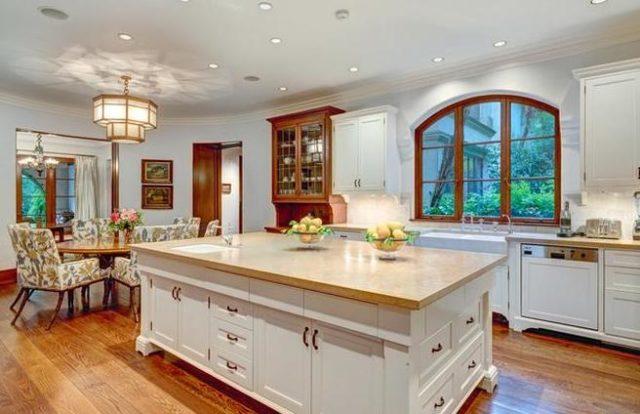 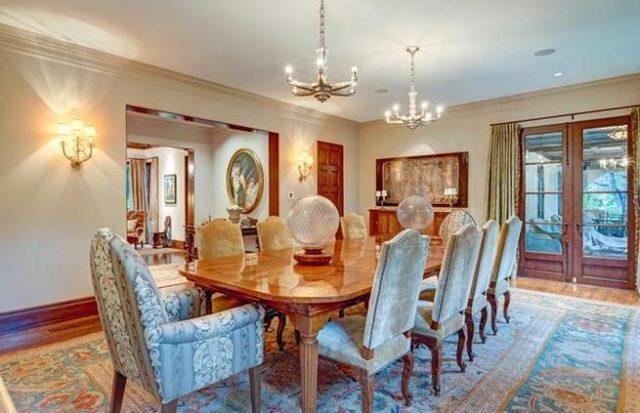 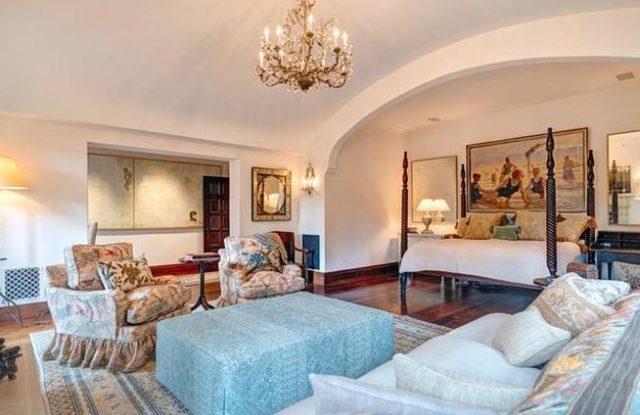 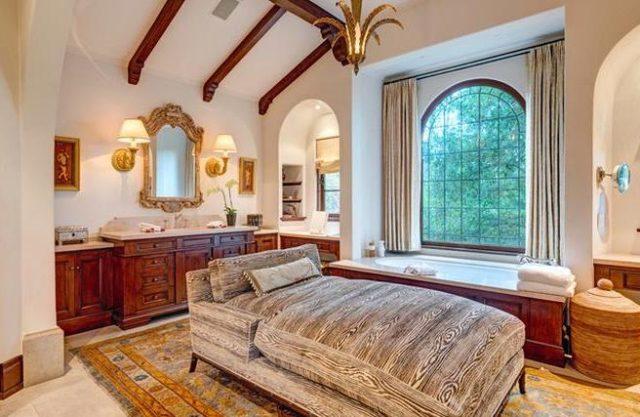 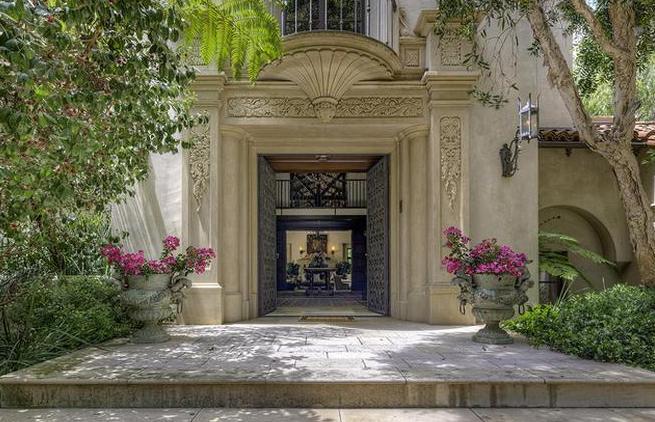