STX Films is revisiting its parental-figures-who-behave-poorly franchise with “’ Moms.” The film will presumably focus on the grandmother characters who were first introduced in 2017’s “A Bad Moms Christmas,” and who were played by Christine Baranski, Susan Sarandon, and Cheryl Hines. The three women will reprise their roles.

The series of films started with the 2016 hit “Bad Moms,” an unexpected summer box office success that grossed more than $180 million on a $22 million budget. STX made the announcement during its presentation at CinemaCon, an annual exhibition industry trade show.

At one point, STX Films had toyed with making a “Bad Dads” film, but that appears to have been put on the back burner. There were also reports that an unscripted reality series was in the works at Fox network.

In addition to announcing a new entry in the BMCU (Bad Moms Cinematic Universe), STX also used its presentation to present new footage from the Diane Keaton comedy “Poms,” the Chadwick Boseman thriller “21 Bridges,” and the Dave Bautista comedy “My Spy.” 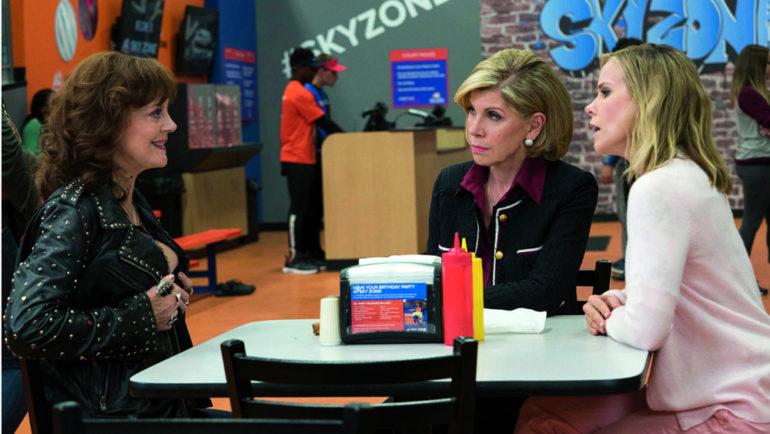